The debate over which books to include in school libraries

Whether certain books addressing topics related to sex and gender are age-appropriate and ought to be included in school libraries has been a topic of debate in recent months. Debate at school board meetings has often centered on a handful of books, such as Gender Queer: A Memoir.

The Chicago Tribune Editorial Board writes that parents and school boards should not seek the removal of books discussing sex and gender, such as Gender Queer: A Memoir and Lawn Boy, from school libraries. The Editorial Board says removing such books would be harmful to students and prevent them from exploring different perspectives and expanding their knowledge. The Board also says the books are not pornographic, so parents do not need to protect their children from the material.

Katelynn Richardson writes that Gender Queer: A Memoir contains sexually explicit material that is not age-appropriate for minors and promotes progressive ideas over educational value. Richardson says removing explicit content from school libraries is not the same as book banning or censorship. She says it is the job of parents to control the books their kids read in the same way they control what movies they watch and what video games they play.

Editorial: Book banning at school libraries blinkers children in the worst way | The Editorial Board, The Chicago Tribune

“It’s too bad proponents of book banning can’t step off their soapboxes long enough to see the matter through the eyes of students — and their own children. School libraries add a unique element to the educational experience. They invite students to an expanse of knowledge, perspective and exploration beyond the bounds of what their district’s coursework offers. … Parents and community members hopping on board the book-banning bandwagon may think they’re safeguarding children — but they’re hurting them. A book that is actually pornographic should never find its way to a school district library shelf, or any public library shelf. But that’s not the case with the books being targeted. Both “Gender Queer” and “Lawn Boy” have received the American Library Association’s Alex Award that annually recognizes 10 books written for adults that have special appeal to youths ages 12 through 18. By calling for their removal — or incineration — conservatives are blinkering kids in the worst way.”

“People are sensitive to book banning. That’s a good thing. But special considerations apply to the catalogs in school libraries. It’s foolish to pretend, like the librarians featured in today’s New York Times story, that removing books like Gender Queer: A Memoir from schools due to sexually explicit material is a slippery slope to censorship. … Librarians would be in the spotlight less if they did their job and selected age-appropriate books that provide educational value, rather than ones that promote a progressive social agenda. I have no sympathy for anyone who loses her job because she wanted to put pornographic material within the reach of minors. While not a license for harassment, it’s absolutely fair for parents to question decisions, speak out at school board meetings, and publicly push back. This is not about viewpoint diversity. It’s about protecting children. Parents have always had the responsibility for overseeing what their children are exposed to: in movies, video games, activities, social life, and yes, books.”

Tell us what’s happening in a school district near you!

We’re still accepting responses to our survey on teacher staffing. We want to hear from you!

School districts around the country face diverse issues and challenges. We want to hear what’s happening in your school district. Complete the very brief survey below and we may share your response with fellow subscribers in an upcoming newsletter.

News outlets have reported that some districts face a teacher shortage heading into the 2022-2023 school year. Is this an issue in a school district near you? What challenges does it present for the district? How is the district dealing with these challenges, if they exist?

We covered the following school board elections on July 19.

We’re covering the following school board general elections on Aug. 4.

We’re covering the following school board primary elections on Aug. 9.

A brief history of school boards in early America

There are over 13,000 public school districts in the United States, most of them overseen by elected school board officials. But that hasn’t always been the case. Go back far enough and you’ll find a time when public education was virtually nonexistent. Today, we’re going to look at the development of school districts and school boards from the colonies through the beginning of the 19th century. We’ll be back in a future edition to continue our look at the development of public education through to the present.

Contemporary public education finds its clearest and most direct origins in 17th-century New England colonies. At the time, a widespread belief in the colonies and Europe was that education was a private concern. Sir William Berkeley, the governor of Virginia, said in 1671 that Virginia, in not providing free education, was following “the same course taken in England out of towns; every man according to his own ability in instructing his children.” But in New England, towns and eventually the Massachusetts Bay Colony General Court had started taking public action related to education decades earlier.

Boston was the site of the country’s first public school. City officials hired a schoolmaster in 1635 to run the Boston Latin Grammar School. According to Wayne J. Urban and Jennings L. Wagoner, Jr. in their book American Education: A History, “Within the first decade of settlement, seven of the twenty-two towns in Massachusetts had taken some public action on behalf of schooling.”

In 1642, the Massachusetts Bay Colony General Court passed a law requiring the head of the household to provide education for his children in the home. In 1647, the General Court passed a law requiring towns to provide children with education. The purpose of the law—known as the Old Deluder Satan Act of 1647—was to ensure among other things that all people were literate enough to read the Bible. The law required towns with 50 or more families to hire a teacher for the purpose of teaching reading and writing. Towns with 100 or more families were required to maintain grammar schools. The law, reflecting a subtle shift away from the belief that education was merely a private concern, specified that towns could be fined for noncompliance.

The Massachusetts law did not establish compulsory schooling or require towns to pay the full cost of providing education. In most cases, families paid some amount of money in the form of tuition.

Town meetings were the primary way early public schools in New England were managed. Over time, responsibility for the day-to-day operations of schools fell to selectmen, the town government’s executive committees, and later to committees appointed to inspect school performance and make hiring and firing recommendations. These committees operated as a kind of early school board. According to Northwestern Law Professor Nadav Shoked, the committees arose because of “the town meeting’s inability to provide specialized and ongoing administration.”

A similar school governing structure spread beyond Boston through the colonial period. Shoked writes that “Wherever public education was introduced, a separate body to govern schools emerged.”

Public support for education developed haltingly throughout the rest of the country, with some colonies—and, later, states—advancing public education more quickly than others. According to University of South Carolina School of Law Professor Derek W. Black, “Public education in the North had taken hold in the late 1700s and early 1800s and had developed substantially by the eve of the war. But in the South, before Reconstruction, education was only sporadically available through the patchwork efforts of public, private, and religious institutions.” In 1779, Thomas Jefferson proposed a system of publicly-funded grammar schools in the Virginia General Assembly. “A Bill for the More General Diffusion of Knowledge” failed to pass. A revised bill, “An Act to Establish Public Education,” passed in 1796.

The Congress of the Confederation approved ordinances in 1785 and 1787 that, in addition to setting procedures for admitting new states, set aside a portion of the land in the Northwest Territories for schools.

The Constitution, ratified in 1788, did not mention education.

In 1789, the Massachusetts General Court passed the Massachusetts Education Act. The law adopted and reaffirmed many of the practices that had been commonplace in schools in towns like Boston, such as separate town committees charged with overseeing schools. The law also recognized, for the first time in the country’s history, the school district as a distinct legal entity. Throughout the 19th century, state courts would affirm the legal independence of the school district. Shoked writes that “by the nineteenth century’s final quarter, the school district’s status in American law, as a politically separate entity with secure governing powers, was unassailable.”

We’ll be back in a future edition to look at the development of districts and school board governance from the rise of the common school movement in the 1830s to the present.

Today, we’re highlighting survey responses from the upcoming Aug. 4  Metropolitan Nashville Board of Education school board general elections in Tennessee. Four seats are up for election. The primary was May 3.

Here’s how O’Hara Block answered the question, “Please list below 3 key messages of your campaign. What are the main points you want voters to remember about your goals for your time in office?” 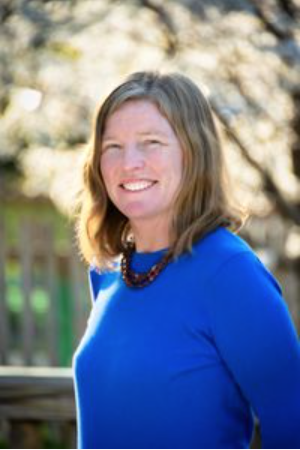 Click here to read the rest of O’Hara Block’s answers.

Here’s how Phillips answered the question, “Please list below 3 key messages of your campaign. What are the main points you want voters to remember about your goals for your time in office?” 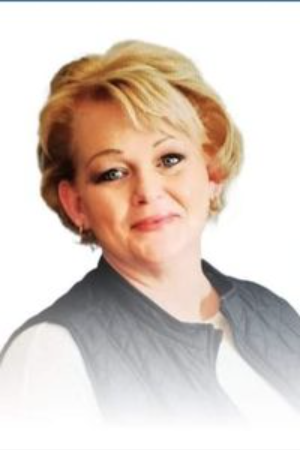 Click here to read the rest of Phillips’ answers.

If you’re a school board candidate or incumbent, click here to take the survey. The survey contains more than 30 questions, and you can choose the ones you feel will best represent your views to voters. If you complete the survey, a box with your answers will display on your Ballotpedia profile. Your responses will also appear in our mobile app, My Vote Ballotpedia. If you’re not running for school board but there is an election in your community this year, share the link with the candidates and urge them to take the survey!