On the issues: The debate over critical race theory and its effect on students

The definition of critical race theory (CRT), CRT’s place in K-12 public schools, and the existence of CRT in K-12 public schools have been subjects of debate in recent years. This section features two perspectives on the CRT conversation in California. For more perspectives, check out our article on the main areas of inquiry and disagreement related to CRT, where we’ve curated 16 arguments and 46 separate claims related to CRT’s history, theory, and practice.

Mark Powell says CRT is an idea that suggests American laws and institutions are inherently racist and designed by white people to promote their interests and subjugate people of color. Powell says the theory puts people into oppressed and oppressor groups based on the color of their skin, which he says is divisive and damaging to kids under 16.

“As its name suggests, CRT is a theory — a system of ideas and general principles that is intended to explain how some laws and public policies perpetuate racial inequality and discrimination. The purpose of CRT is to promote critical thinking and rigorous analysis to overcome and rectify injustices that can occur in a racially, culturally and linguistically diverse society. These academic objectives are aligned with the learning outcomes articulated in the state-adopted curriculum standards approved by the Legislature and the State Board of Education for the core content of American history and ethnic studies courses. Unfortunately, critical race theory is being used as a straw man by opportunistic politicians and others who want to promote, rather than resolve, conflict to further their own dubious agendas. … The controversy generated by the opponents of critical race theory is especially problematic since public school teachers have a responsibility to ensure that their students meet the state curriculum standards. Teachers design courses that conform to the requirements in the authorizing statute and other legal requirements for curriculum in California. … Teachers need to be supported in creating opportunities in their classrooms for students to examine the role of racism as a divisive force throughout history and in the modern world.”

The Risks of Teaching History Through the Lens of Critical Race Theory | Mark Powell, Times of San Diego

“Critical race theory, as the 40-year-old thesis is popularly understood, suggests that institutions and laws are inherently racist and that race itself, instead of being biologically grounded and natural, is a socially constructed concept that is used by white people to further their economic and political interests at the expense of people of color. This controversial theory should not be taught in public schools, especially to students between 6 and 16 — a time when children are establishing their sense of identity. During these years, children make strides toward adulthood by developing a sense of self-esteem and individuality. … Critical race theory suggests that American institutions, laws, and history are inherently racist. It argues that white people have put up social, economic, and legal barriers between the races in order to maintain their elite status, both economically and politically. The result is not equality or justice. Instead, people are categorized. One’s gender, race, or sexual orientation makes you either the “oppressed” or an “oppressor,” a status from which you are freed only when existing societal structures are overthrown. Supporters of critical race theory suggest those who don’t subscribe to it are enemies in the fight to defeat racism. … But critical race theory is not history; it is an arcane academic concept and should be treated as such. To teach it would be a divisive prescription for addressing racial issues.”

In your district: the biggest changes in public education

School districts around the country face diverse issues and challenges. We want to hear what’s happening in your school district. Complete the very brief survey below—anonymously if you prefer—and we may share your response with fellow subscribers in an upcoming newsletter.

What is the biggest change you’ve seen in your time working in or observing the public education system?

Ballotpedia has historically covered school board elections in about 500 of the country’s largest districts. We’re gradually expanding the number we cover with our eye on all of the more than 13,000 districts with elected school boards.

We covered the following school board general elections on Aug. 4. Select a district to see results.

We covered the following school board primary elections on Aug. 9.

We’re covering school board primary elections in 24 districts on Aug. 23. Click here for a full list of districts.

In an Aug. 1 meeting, the Texas State Board of Education began discussing proposed changes to the state’s social studies curriculum—particularly U.S. history—that would align with Senate Bill 3. Senate Bill 3, which went into effect in December 2021, prohibits teaching what it defines as divisive concepts. Examples include promoting ideas that “one race or sex is inherently superior to another race or sex” and that “an individual, by virtue of the individual’s race or sex, is inherently racist, sexist, or oppressive, whether consciously or unconsciously.”

The state board is responsible for updating the Texas Essential Knowledge and Skills (TEKS) curriculum standards every eight years.

Sen. Bryan Hughes (R), who authored Senate Bill 3, spoke to the board to offer guidance on how the law works. Hughes said the “bill is not an attempt to sanitize or to teach our history in any other way than the truth—the good, the bad and the ugly—and those difficult things that we’ve been through and those things we’ve overcome.” Hughes also said, “No one is saying that we don’t have systemic racism. But what we’re saying is, we’ve made a lot of progress. We have a long way to go. But the way to get there is to come together as Americans.”

State Board of Education member Aicha Davis (D) said Senate Bill 3 has been damaging to the public school system: “We always talk about teachers leaving in droves and this was one of the reasons.” Davis said, “Teachers were literally scared to teach even the TEKS that existed because of this.”

The proposed curriculum updates are available for review on the Texas Education Agency’s website and are open for public comment. The Texas State Board of Education will vote on proposed changes to the curriculum in November.

Learn who sets K-12 curriculum in public schools across the 50 states here.

Tennessee House Bill 580, approved on June 1, prohibits school districts from incorporating materials into the curriculum that portray the United States as racist or sexist, or that make students feel uncomfortable because of their race or sex. Parents’ Choice Tennessee claims the school district’s English/language arts curriculum contains age-inappropriate material that discusses topics of race. The group is seeking to have the school district permanently remove the curriculum.

Trisha Lucente, a plaintiff in the lawsuit and the founder of Parents’ Choice Tennessee, said that she would prefer a “true English Language Arts curriculum that teaches phonics, classical literature, and is free of any politics or political agenda.”

Jennifer Cortez, co-founder of an organization that advocates for students of color in the school district, said, “[m]y daughter went through these Civil Rights modules and didn’t feel one ounce of white guilt about it. She just felt sad that that happened. Meanwhile, our students of color are dealing with actual harassment.”

The case was filed in Tennessee’s Twenty-First Judicial District.

Nine seats on the board are up for election.

Here’s how Williams responded to the question “What areas of public policy are you personally passionate about?”

“I am passionate about ensuring that our schools have the human, physical, fiscal, technological, and other resources necessary to meet the needs of the students we serve. While the tax base in our community may not be as high as some other parts of the district, our students are just as valuable and important as those in the more affluent areas of the district. It is incumbent upon us as parents, guardians, and concerned citizens to ensure that every student in our area receives a quality education from highly qualified professionals, in safe and modern facilities replete with state of the art technological and instructional resources.”

Click here to read the rest of Williams’ responses.

Here’s how Arthur responded to the question “What areas of public policy are you personally passionate about?”

“There is no reason Wake County Public Schools should not be the best in the nation. For far too long, the school board has flown under the radar to implement their social agenda rather than focusing on sound education. This has resulted in falling proficiency rates in reading and math, year over year for the past decade. It is time to change leadership and head in a new direction by empowering parents, investing in students and supporting teachers.” 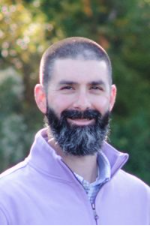 Click here to read the rest of Arthur’s responses.

If you’re a school board candidate or incumbent, click here to take the survey.

The survey contains more than 30 questions, and you can choose the ones you feel will best represent your views to voters. If you complete the survey, a box with your answers will display on your Ballotpedia profile. Your responses will also that appears in our mobile app, My Vote Ballotpedia.

And if you’re not running for school board, but there is an election in your community this year, share the link with the candidates and urge them to take the survey!