California AB2577: This bill requires that the secretary of state establish uniform filing forms for candidates to use when filing their declarations of candidacy and nomination papers.

To date, we have tracked 2,524 election-related bills. This represents no change as compared to last week’s total. These bills were either introduced this year or crossed over from last year’s legislative sessions. 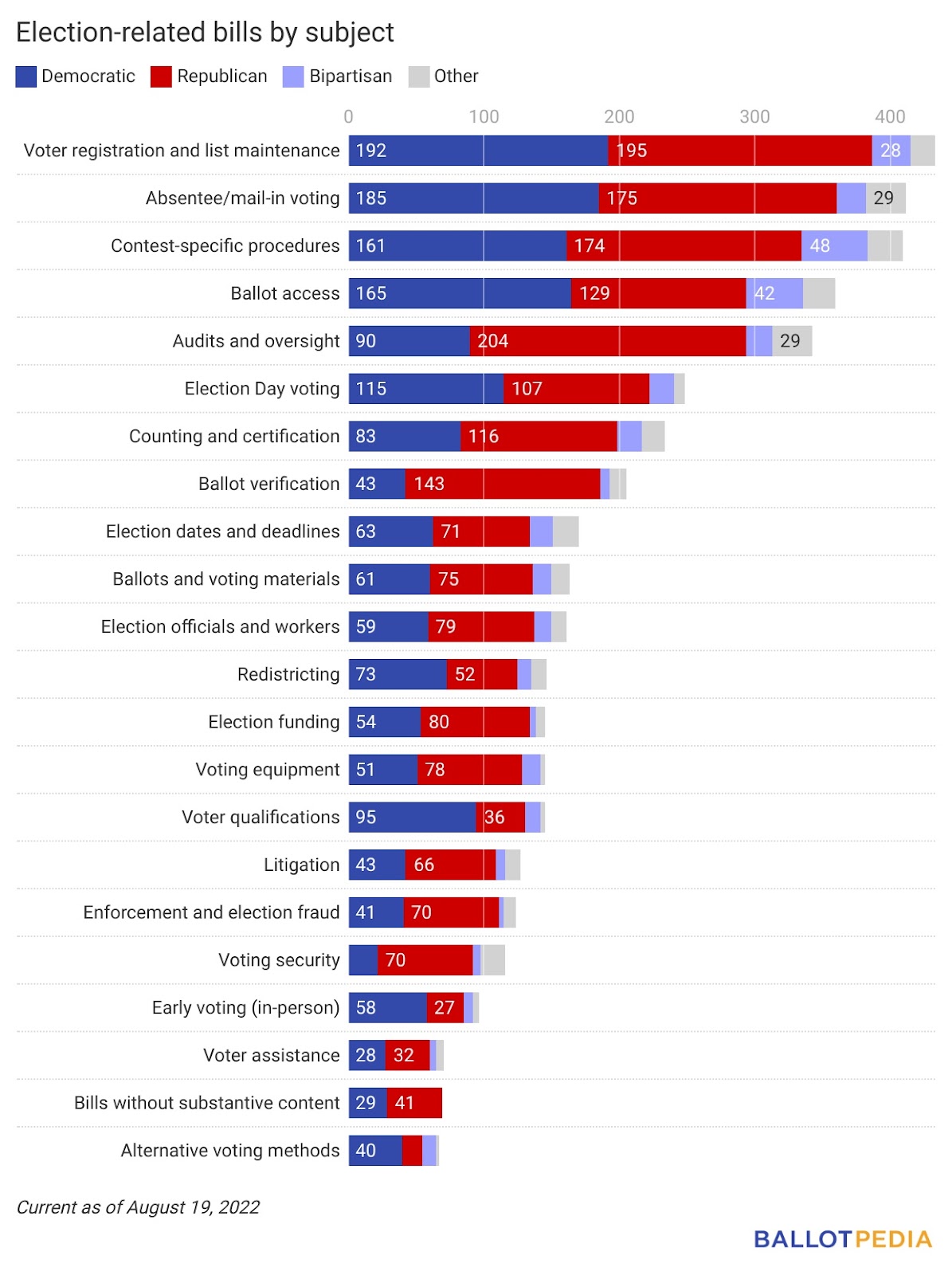