Welcome to the Tuesday, September 6, Brew.

Our 50 states in 50 days continues with a look at elections in California, the Golden State. Long-time Brew readers will remember this from 2018 and 2020. In this series, we will preview what’s on the ballot in each state, which parties control state and congressional offices, and what you should know to cast your ballot. The next 45 Brew issues take us all the way up to the general election. So—buckle up!

On the ballot in California

Twelve state executive offices are on the ballot this year. Gov. Gavin Newsom (D), who won a recall election in 2021, is running for re-election. The other offices on the ballot are: lieutenant governor, attorney general, secretary of state, treasurer, controller, superintendent of public instruction, insurance commissioner, and four seats on the state board of equalization.

For local offices, 98 school boards, 17 cities, and 11 counties that fall within Ballotpedia’s coverage scope are holding elections this year.

Click here for more information about the races on the ballot this year.

Congressional and state legislative elections will take place under new district lines following the census. Our side-by-side map comparison tool allows you to immediately see what redistricting looks like in your state. Here are the congressional maps in effect before and after redistricting in California:

Republicans are running in 80% of all state legislative races. Twenty districts do not have a Republican candidate and are likely to elect a Democrat. 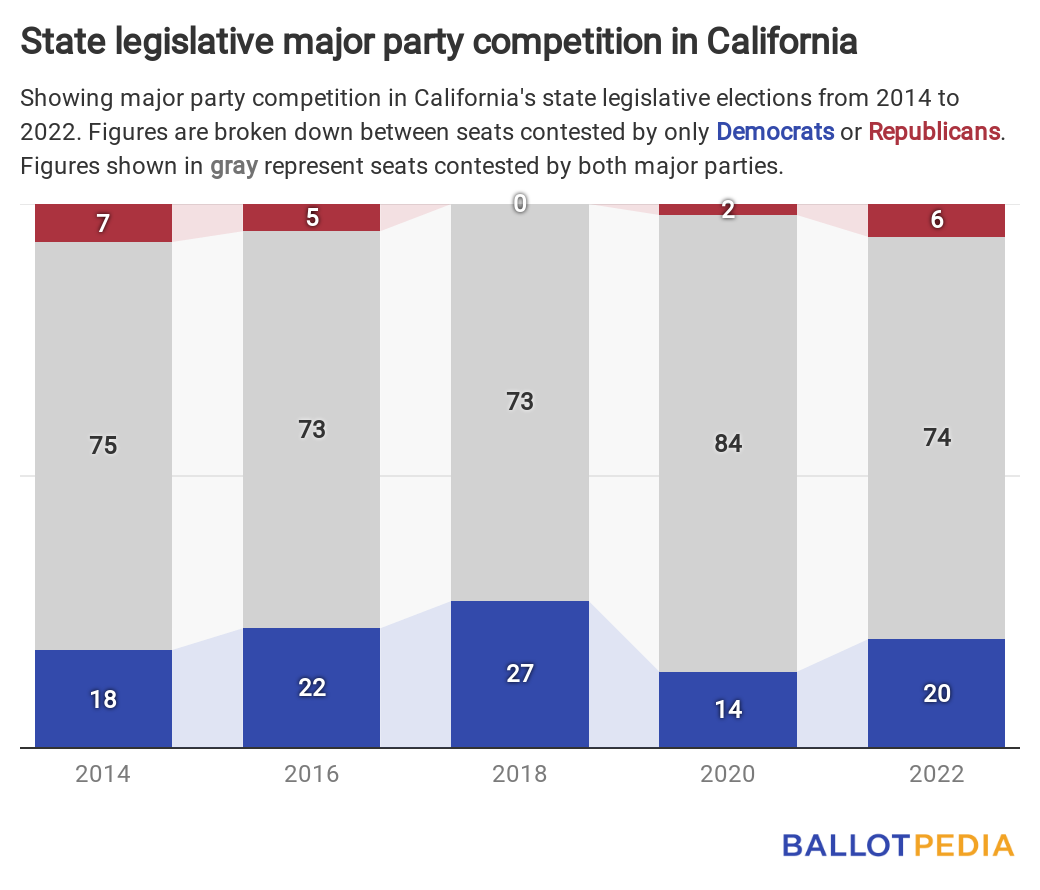 There are seven measures on the ballot this year, including:

President Joe Biden’s approval rating rises to 42%, highest since May

Polling averages at the end of August showed President Joe Biden (D) at 42% approval, the highest rating he’s received since May. Fifty-four percent of voters disapprove of his performance. 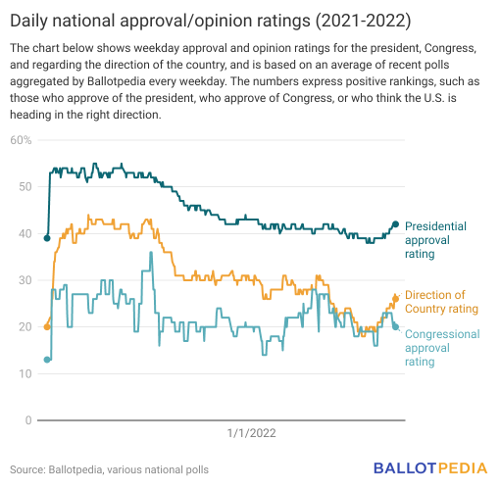 Ballotpedia’s polling index takes the average of polls conducted over the last 30 days to calculate presidential and congressional approval ratings. We average the results and show all polling results side-by-side because we believe that paints a clearer picture of public opinion than any individual poll can provide. The data is updated daily as new polling results are published.

Before this appointment, Skrmetti served as Gov. Bill Lee’s (R) chief legal counsel. From 2018 to 2021, he was the chief deputy to the attorney general. Skrmetti graduated from Harvard Law School.

Tennessee is one of 23 states with a Republican triplex. A state government triplex occurs when the governor, attorney general, and secretary of state are all members of the same party.