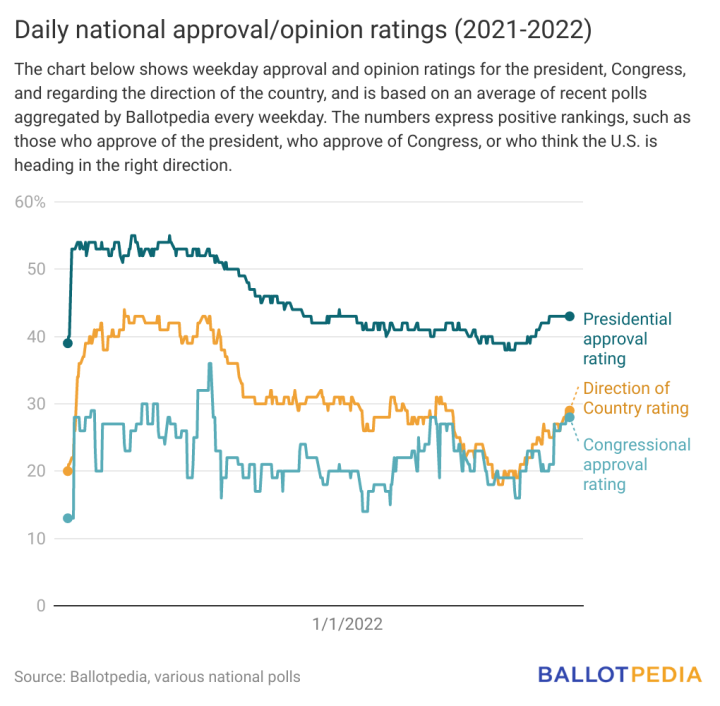 Approval polls show President Joe Biden (D) at an average 43% approval at the end of September, the highest rating he’s received since January. Fifty-three percent of voters disapprove of his performance.

Ballotpedia’s polling index takes the average of polls conducted over the last thirty days to calculate presidential and congressional approval ratings. We average the results and show all polling results side-by-side because we believe that paints a clearer picture of public opinion than any individual poll can provide. The data is updated daily as new polling results are published.