On the issues: The debate over school board partisanship

Education journalist Tony Kinnett writes that education is an inherently political issue and has been for all of America’s history. Kinnett says progressives have traditionally dominated school politics and have only recently met resistance from parents. He says school board candidates should be allowed to affiliate with political parties because such affiliations could help voters choose candidates who best align with their values.

The Citrus County Chronicle Editorial Board writes that partisan elections in which candidates could align with Republicans, Democrats, or other parties would divide school boards and further divide the country and communities politically. The Editorial Board says school boards are inherently administrative in their function and non-political, so the increased polarization would reduce their basic effectiveness.

“There is nothing inherently wrong with politicizing school board elections. In fact, there are very few decent arguments against school board candidates placing a political party indicator next to their name in elections. … None of the state bills planned for future legislative sessions or those already on the books would force a candidate to choose between “Republican” or “Democrat” for their campaigns. Candidates are welcome to select (or make up their own) parties—or choose “nonaligned.” There is no reason a candidate should be forbidden to align their campaign with Democrat, Republican, Libertarian, or Green Party ideals if they so choose. … The progressive argument also assumes that, until now, education has never been politicized in the United States. This is, of course, laughable and deserves every ounce of scorn one could throw at such an elementary sentiment.”

School board elections do not need partisan labels | The Editorial Board, The Citrus County Chronicle

“Florida school board and judicial elections are non-partisan. Presumably for the same reason. Justice and education are not and should not be partisan political issues. … We should be clear. Partisan political elections for local office may be justified on the grounds that local officials are exercising political power in carrying out their duties.The same cannot be said for local school boards. Their mission is adoption of policies and hiring staff to educate the young people in our society. Like judges, their mission should be non-partisan.Making school board elections partisan would only serve to widen cultural divides and exacerbate political tensions by introducing partisan politics into the mix. We have plenty of political divisions in our country today. We do not need another. Let school boards focus on educating, not on partisan politics.”

In your district: Addressing declining enrollment

School districts around the country face diverse issues and challenges. We want to hear what’s happening in your school district. Complete the very brief survey below—anonymously, if you prefer—and we may share your response with fellow subscribers in an upcoming newsletter.

What should districts do to address the challenge of declining enrollment?

On Oct. 6, the Supreme Court of Appeals of West Virginia, in a 3-2 decision, allowed the state to resume implementation of its newly-established education savings account (ESA) program, reversing a lower court ruling in July. The program, known as the Hope Scholarship, allows eligible families to use state funding to defray the costs of private schooling, homeschooling, or other non-public school educational arrangements.

In its three-page opinion, the court said a more in-depth opinion would be forthcoming: “Acting without undue delay given the nature of the constitutional matters at issue and the need to resolve the appeal in an expedited manner, the Court issues its decision by this order with a detailed opinion to follow.”

In January 2022, three West Virginia public school parents and a teacher sued state Treasurer Riley Moore (R), who oversees the program, alleging the Hope Scholarship Program violated the West Virginia Constitution’s requirement that the state provide “a thorough and efficient system of free schools.” In July, 2021, Thirteenth Circuit Court Judge Joanna I. Tabit ruled in favor of the plaintiffs, writing, “The Hope Scholarship Program in my view undermines the free education system by requiring the Department of Education to take funds appropriated by the Legislature and transferring them to the Hope Scholarship Fund, which is then tasked for dispersing funds for private education.”

Treasurer Moore said, “This is a victory for West Virginia families over the out-of-state trial lawyers and liberal activists who are trying to block educational freedom and school choice for the children of our state. The Hope Scholarship will provide families – particularly those with low incomes – the ability to pursue educational opportunities that best suit their children.”

In 2020, Ballotpedia published Ballotpedia Courts: State Partisanship, which evaluated the extent to which each state supreme court justice was affiliated with the Democratic or Republican parties. As part of this study, we assigned each justice a Confidence Score describing our confidence in the degree of partisanship exhibited by the justices’ past partisan behavior, before they joined the court. We classified Hutchison, Beth Walker, and Evan Jenkins as Mild Republicans, Tim Armstead as a Strong Republican, and Margaret Workman as a Strong Democrat. Since the report was released, Workman and Jenkins are no longer serving on the court.

According to EdChoice, an organization that advocates for and researches school choice, eight states have ESA programs of one kind or another—Arizona, Florida, Indiana, Mississippi, New Hampshire, North Carolina, Tennessee, and West Virginia. In an earlier edition of this newsletter, we looked at the Arizona Legislature’s expansion of the state’s Empowerment Scholarship Account program in June 2022. The program allows all K-12 students to use taxpayer-funded education accounts to attend schools or pay for curriculum or tutoring outside the public school system.

Save our Schools Arizona, an organization opposed to the Empowerment Scholarship Program, attempted to put the program to a statewide vote in 2024. On Oct. 4, Arizona Secretary of State Katie Hobbs (D) announced Save Our Schools Arizona failed to gather the required number of signatures to put the expanded Empowerment Scholarship Program on the 2024 ballot.

Two candidates are running in the nonpartisan race—Alan Aversa and Signa Oliver.

Here’s how Aversa answered the question “What areas of public policy are you personally passionate about?” 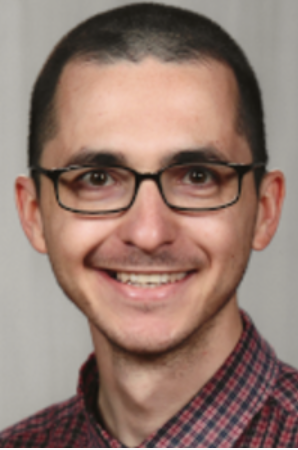 Click here to read the rest of Aversa’s answers.

Here’s how Oliver answered the question “What areas of public policy are you personally passionate about?” 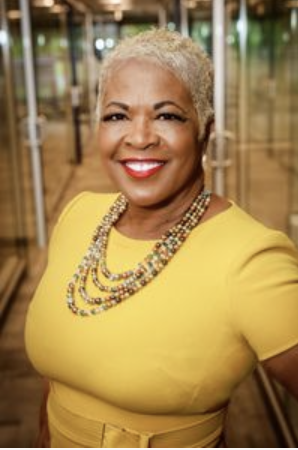 Click here to read the rest of Oliver’s answers.