New York A07748: This bill allows confidential voting registration records for victims of sex offenses and crimes under article one hundred thirty of the penal law.

Legislative history: On May 18, the state Assembly passed the bill 138-11. The state Senate approved the bill unanimously on May 31. The bill was delivered to New York Governor Kathy Hochul (D) on Oct. 18. Hochul signed the bill into law the same day.

Political context: New York is a Democratic trifecta, meaning that Democrats control the governorship and majorities in both chambers of the state legislature.

Since October 14, three bills have been acted on in some way (representing a 40 percent decrease as compared to last week’s total of 5 bills). These three bills represent 0.1 percent of the 2,523 bills we are tracking. Two of these bills (66.6%) are from states with Democratic trifectas, and one is from a state with a divided government.

To date, we have tracked 2,523 election-related bills. This represents a marginal increase as compared to last week’s total. These bills were either introduced this year or crossed over from last year’s legislative sessions. 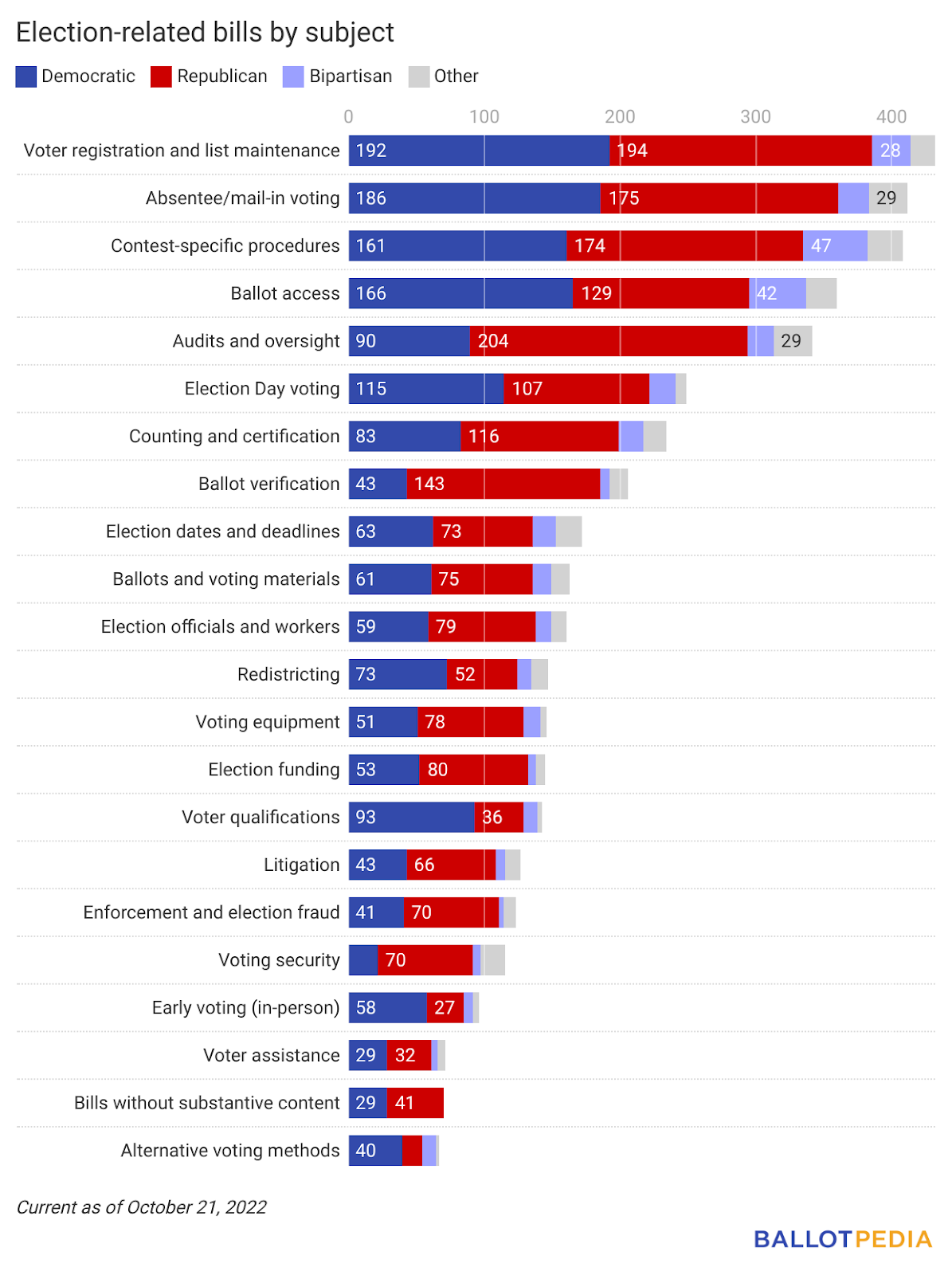