Pennsylvania HB1596: This bill requires voters to provide proof of valid, government-issued identification and to submit a signature of record prior to their ballot being accepted.

Legislative history: The bill was introduced on June 10, 2021, and cleared the House State Government Committee on September 27 of that year before being tabled. The House removed the bill from the table on October 24, 2022.

Political context: Pennsylvania has a divided government, meaning that neither party controls both the governorship and both chambers of the state legislature.

Since October 21, four bills have been acted on in some way (representing a 33 percent increase as compared to last week’s total of 3 bills). These four bills represent 0.2 percent of the 2,524 bills we are tracking. All four of these bills are from a state with a divided government.

To date, we have tracked 2,524 election-related bills. This represents a marginal increase as compared to last week’s total. These bills were either introduced this year or crossed over from last year’s legislative sessions. 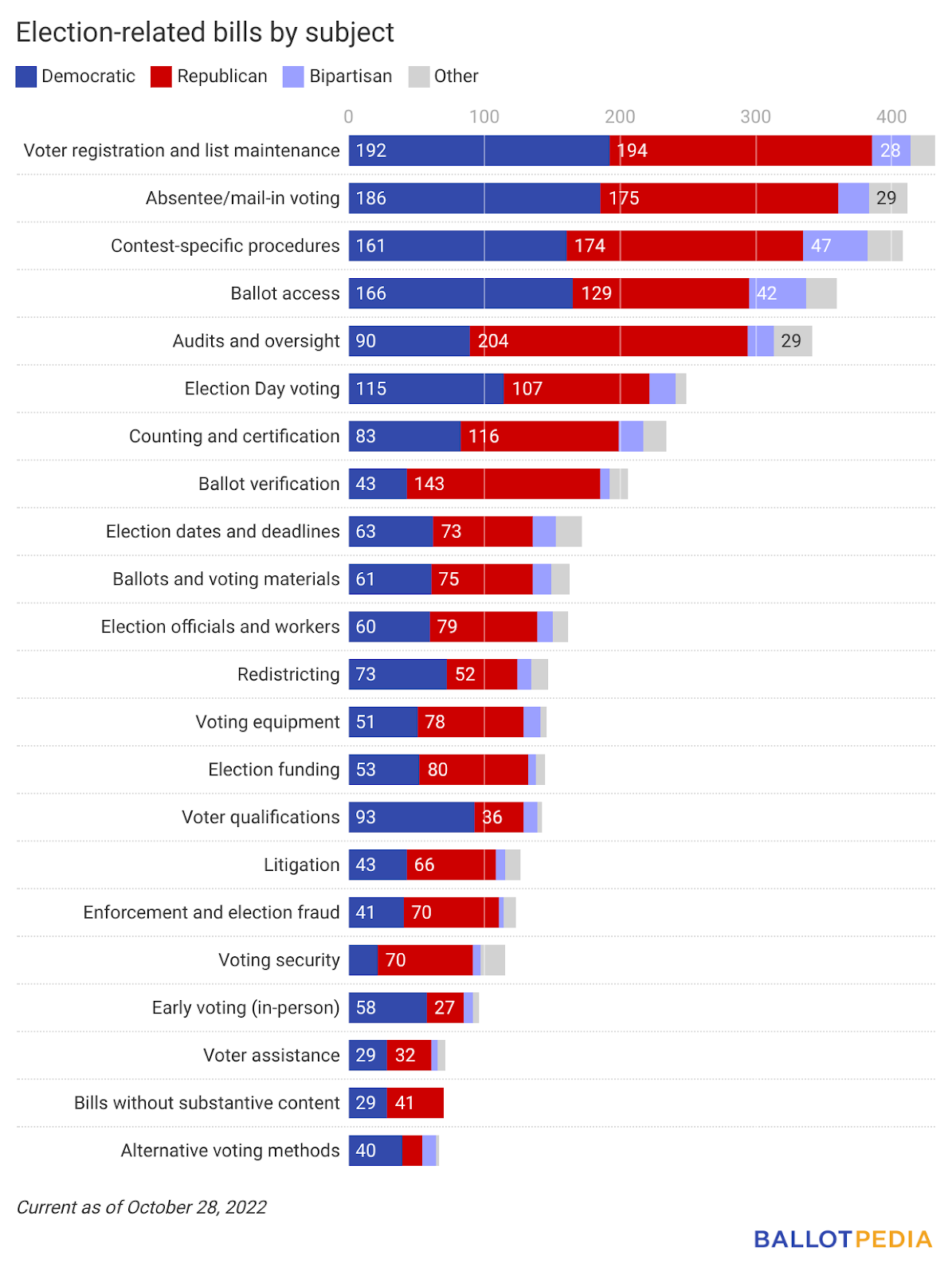