On the issues: The debate over community schools 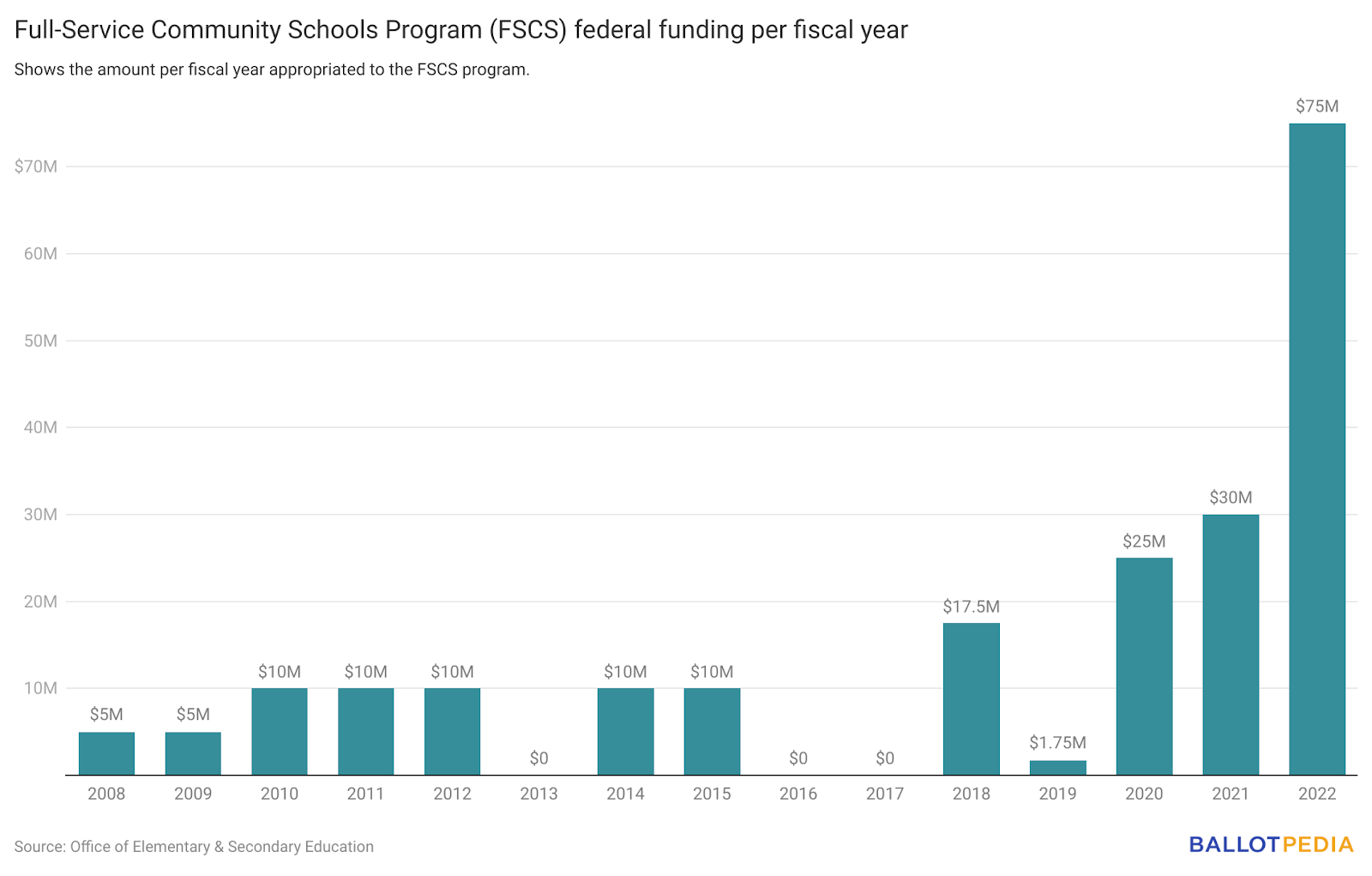 Full-service community schools offer many types of services to students, such as health care, mental health counseling, nutrition assistance, and programs that involve students in their communities.

“While they may appear new to some, community schools have been a part of the American education system for more than 100 years. Almost since their inception, they have been a central strategy in establishing education equity. As we approach a post-COVID reset of our public education system, community schools must be one of the models we expand. They serve not only as hubs for high-quality education, but also places that support communities. They meet local community needs and help to ensure that the whole child is addressed in education by providing what are known as “wrap-around services,” such as health care, afterschool tutoring, school meals, and more. … Many people may not understand why a school should also function as a health center. The answer is not complicated – a student is better able to receive a high-quality education and the opportunities that go with it, if they are ready and able to learn. That means having enough to eat, a safe place to live, and a healthy body and mind. … Clearly, this is an approach that requires significant resources, but studies show that community schools are a good investment and an effective school improvement strategy.”

Ballotpedia has historically covered school board elections in about 500 of the country’s largest districts. We’re gradually expanding the number we cover with our eye on the more than 13,000 districts with elected school boards.

We’re covering over 500 school board elections in 23 states on Nov. 8. We’re also covering over 500 conflict races, some of which fall outside our normal scope, where a candidate has taken a stance on race in education/critical race theory, responses to the coronavirus pandemic, and/or sex and gender in schools.

Frederick County Public Schools: Four out of the district’s seven at-large seats are up for election. Seven candidates are running in the elections, including Karen Yoho, an incumbent. The seven candidates have divided themselves into two slates—the Students First Slate and the Education Not Indoctrination (ENI) slate. The Students First Slate, which includes Yoho, Ysela Bravo, Rae Gallagher, and Dean Rose, says it is committed to “Safe, welcoming schools for all,” a “Diverse, well-trained staff,” and “Family & community involvement.” The ENI slate, which includes Olivia Angolia, Nancy Allen, and Cindy Rose, says it is running to “ensure that feelings don’t define truth, that academically-sound curricula are adopted, that decision-making is transparent, and that parents are respected.” The Frederick County Teachers Association (FCTA) has endorsed the Students First slate, while the 1776 Project PAC has endorsed the ENI.

Charlotte-Mecklenburg Schools: Six nonpartisan seats on the nine-member board are up for election. The seats were originally scheduled to be on the ballot on Nov. 2, 2021, but were moved to 2022 due to redistricting delays. Eighteeen candidates are running for the six seats. Incumbents are running four of the races—Rhonda Cheek (District 1), Thelma Byers-Bailey (District 2), Carol Sawyer (District 4), and Sean Strain (District 6).

In District 1, Cheek is running against Melissa Easley, Hamani Fisher, Bill Fountain, and Ro Lawsin. Easley and Fountain completed Ballotpedia’s Candidate Connection survey. Cheek, who assumed office in 2009, is a registered Republican who has said “I’ve been very nonpartisan in my service to the school board because kids don’t need politicians, they need people who care.”

The Mecklenburg County Republican Party endorsed Lawsin. Lawsin said, “The lack of transparency and open communication by the current board members to the community is dismal and borders on dismissive when parents are pleading for answers and solutions to the many problems plaguing CMS.” The Charlotte-Mecklenburg Association of Educators (CMAE), the county’s largest teacher organization, endorsed both Cheek and Easley, a registered Democrat. The African American Caucus also endorsed Easely.

In her survey response, Easley said, “The three areas that I am personally passionate about our culture in CMS, school safety and student achievement.”

The Black Political Caucus endorsed Fisher, a Democrat. Fisher said, “as a board member, I’m looking for three C’s, I’m looking for character, the character, the next superintendent, that superintendent needs to have the character that is going to reflect the educational values of our community. That’s why they elect us as a board because they want us to represent their educational values.”

Fountain, who is unaffiliated with a political party, said, “The eight women on this board have forced in woke, disturbing, disrupting agents like the pornographic books, gender identification, that I think is spinning the moral compass of our students from wrong to right.”

In District 4, incumbent Sawyer, a Democrat, is running against Clara Kennedy Witherspoon and Stephanie Sneed, both Democrats. Sawyer was first elected in 2017, defeating Sneed 47.4% to 30.98%. Sneed also ran unsuccessfully for an at-large seat in 2019, and chaired the Black Political Caucus before resigning to run this cycle.

Low-performing schools in the district have been an issue in the race. Sawyer said voters should choose her over her opponents because “I understand how policy can change outcomes. I shepherded creation of a new Equity Policy and a new Community Equity Committee. Establishing that committee was difficult – several board members opposed its creation, but I persisted because I was committed to having community members engaging with the board on our equity work.”

Sneed said, if elected, she would focus “on pandemic learning losses, closing achievement gaps; broadening advanced performers opportunities; and student and family access to mental health support to ensure all students are college or career ready.” Witherspoon said, “Children and their families are our school district’s most important stakeholders. Therefore, I will be sensitive to the needs of all children and their parents, focusing on equity and equality for all schools.”

The CMAE endorsed Sawyer, while the Black Political Caucus and the African American Caucus endorsed Sneed. According to WFAE 90.7, Charlotte’s NPR station, a group called Success 4 CMS endorsed Sneed and put up a billboard that said, “Carol Sawyer Voted For Empty Classrooms.” The president of the local Mom’s for Liberty chapter, Brooke Weiss, tweeted that people should support Sneed to oust Sawyer, though Mom’s for Liberty did not formally endorse Sneed.

Jefferson County Public Schools: Four of the board’s seven seats are up for election—Districts, 1, 3, 5, and 6.

If the Republican-backed candidates win, it would change the board’s partisan makeup. If the incumbents win, the balance of power on the board would be preserved. At a rally on Oct. 28, U.S. Sen. Rand Paul said voters should remove all four incumbents: “How long have the Jefferson schools been failing us? Decades. They keep electing the same people. Maybe it’s time for a new slate of people on the school board.”

In 22 school board elections happening on Nov. 8, every candidate on the ballot filled in Ballotpedia’s Candidate Connection survey. Today, we’re highlighting one of those races—the general election for Canyons Board of Education District 5 in Utah. Four seats are up for election.

You can read more about the races with a 100% Candidate Connection completion rate here.

Incumbent Steve Wrigley and Karen Pedersen are running in the nonpartisan race.

Here’s how Wrigley answered the question “What areas of public policy are you personally passionate about? 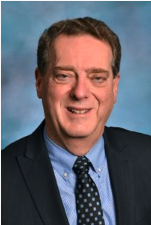 “With our exceptional teachers and many state-of-the-art programs, we are poised to move forward into the future. We need to expand on these successes and fully implement them to meet our students’ needs. We have developed a Student Services Division that is focused on supporting our students’ emotional needs in this post-pandemic environment. We have built quality educational environments that are equipped to meet the needs of 21st Century Education.

The past two years has seen an increase in level of student behaviors and mental health issues. Our teachers and administration are stressed and need our support. Our community has become fractured. We need to provide a comprehensive student support system that will get our students back on track and support them to become life ready. We need to keep the concepts and philosophies of CRT out of our schools. We need a foundational character education program that will teach respect, resiliency, and other key emotional skills. We need to work closely with our parents, patrons, and teachers to build an environment of open communication, trust, and respect.”

Click here to read the rest of Wrigley’s answers.

Here’s how Pedersen answered the question “What areas of public policy are you personally passionate about?” 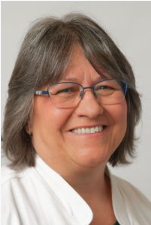 “As a recently retired educator, I have experienced the weight of the demands placed on teachers, the expectations to have all students at or above grade level, and the constant implementation of new initiatives without the time and support to accomplish them. This is one of the main of teacher stress and burnout. I will look to see what can be streamlined or eliminated from current employee workload. Less stressed teachers are better able to meet the diverse needs of our students.”

Click here to read the rest of Pedersen’s answers.