Since October 28, no bills have been acted on in any way (representing a 100 percent decrease as compared to last week’s total of 3 bills).

To date, we have tracked 2,524 election-related bills. These bills were either introduced this year or crossed over from last year’s legislative sessions. 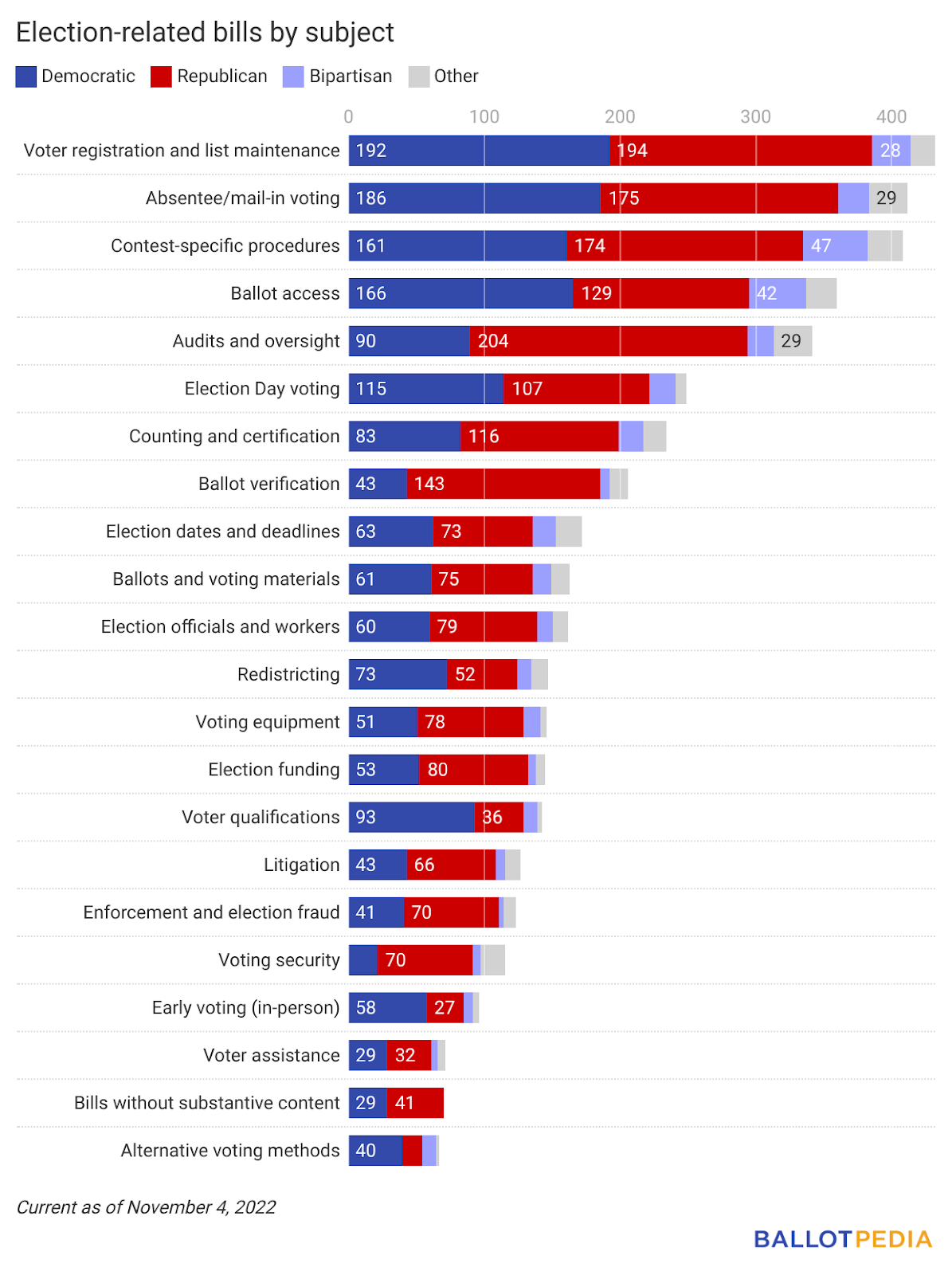