We will not be sending out a Nov. 25 edition due to the Thanksgiving holiday, but we will resume our weekly coverage of election-related legislation on Dec. 2.

Since November 11, four bills have been acted on in some way (representing a 100 percent increase as compared to last week’s total of 2 bills). These four bills represent 0.2 percent of the 2,530 bills we are tracking. Two of these bills are from states with a divided government, and two are from states with Democratic trifectas.

To date, we have tracked 2,530 election-related bills. This represents a marginal increase as compared to last week’s total. These bills were either introduced this year or crossed over from last year’s legislative sessions. 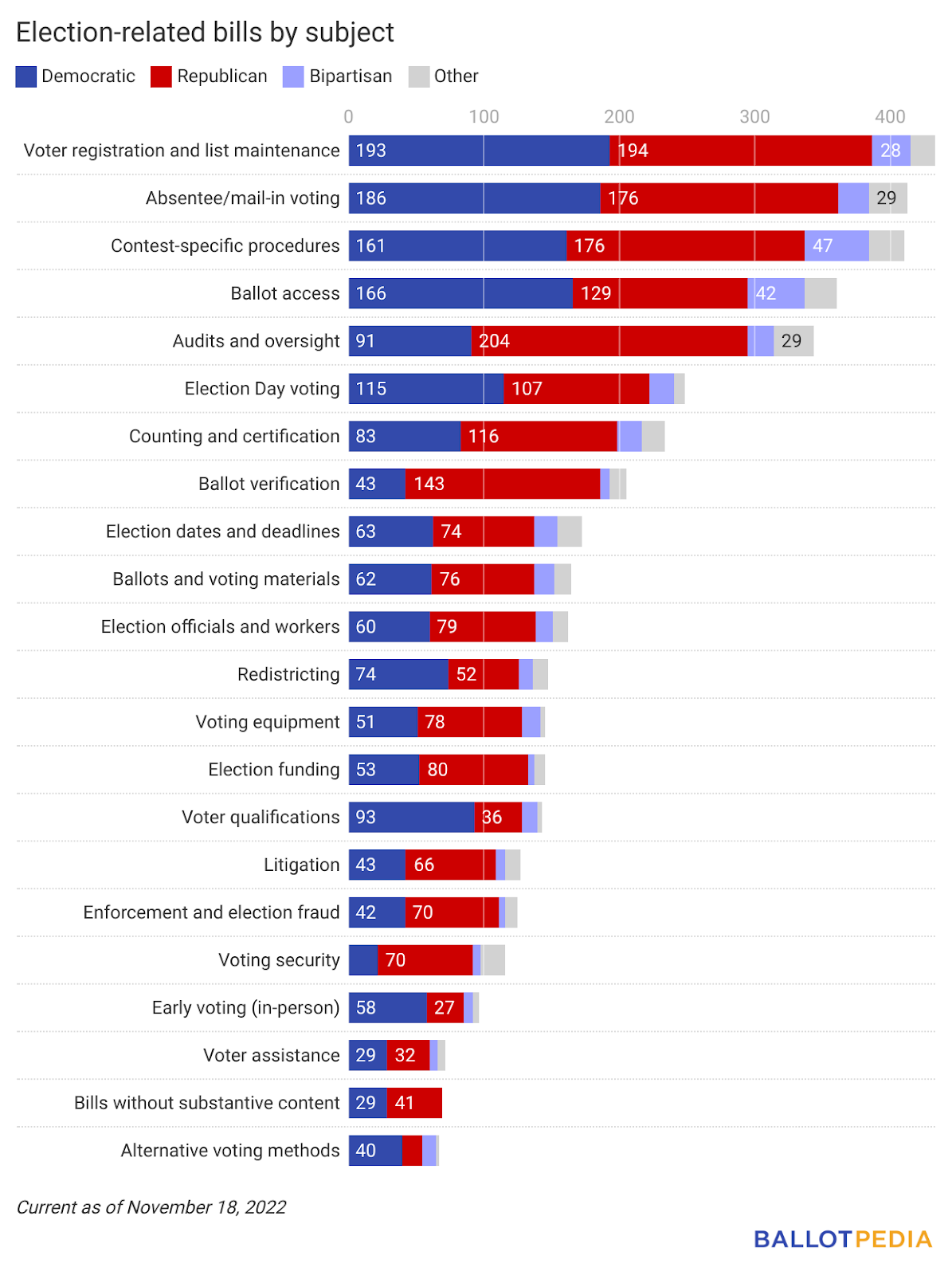