New York A00831: This bill requires copies of congressional, senatorial, assembly, and election district maps to be posted on the board of elections’ website in a downloadable format.

To date, we have tracked 2,531 election-related bills. These bills were either introduced this year or crossed over from last year’s legislative sessions. 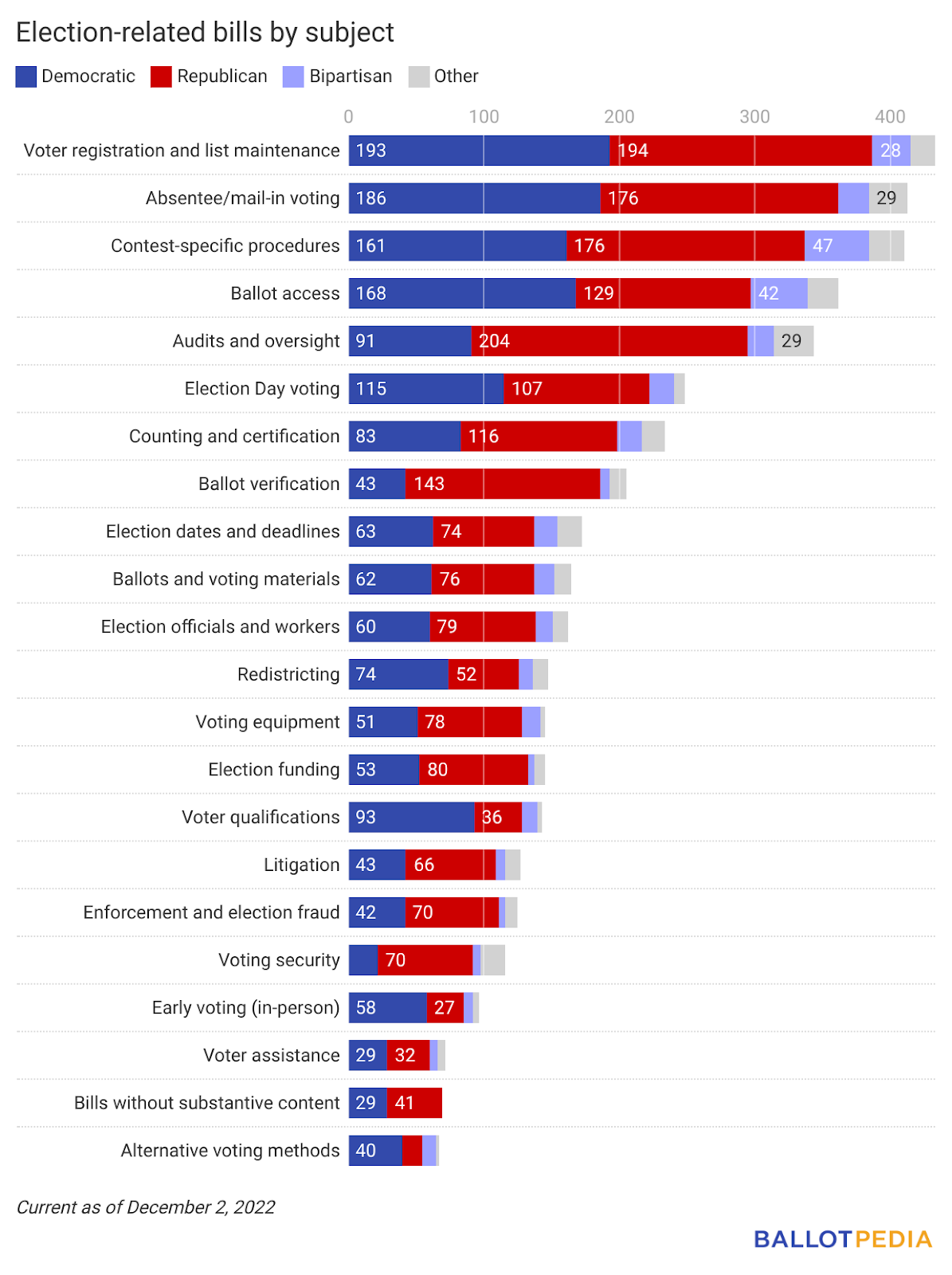