New York S00284: This bill allows the casting of affidavit ballots from the wrong polling place but the correct county, as long as that voter was not prohibited from voting in said election.

To date, we have tracked 2,533 election-related bills. These bills were either introduced this year or crossed over from last year’s legislative sessions. 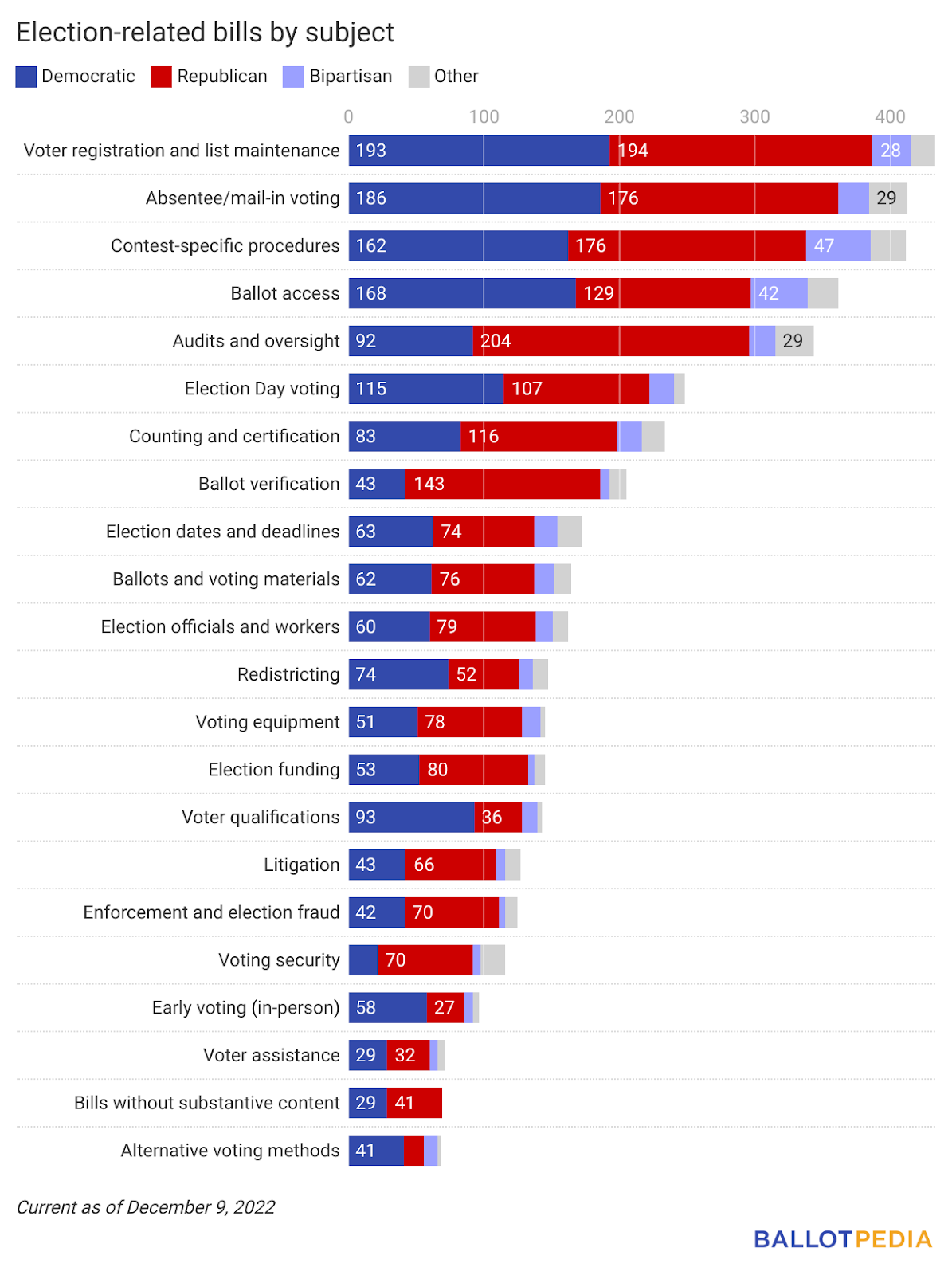