Note: This digest will be taking a break next week for the holidays. We’ll be back in your inbox on January 6, 2023.

Political context: Ohio has a Republican trifecta, meaning the Republican Party controls both the governorship and both chambers of the state legislature.

Since December 16, no bills have been acted on (representing a decrease as compared to last week’s total of five bills).

To date, we have tracked 2,534 election-related bills. These bills were either introduced this year or crossed over from last year’s legislative sessions. 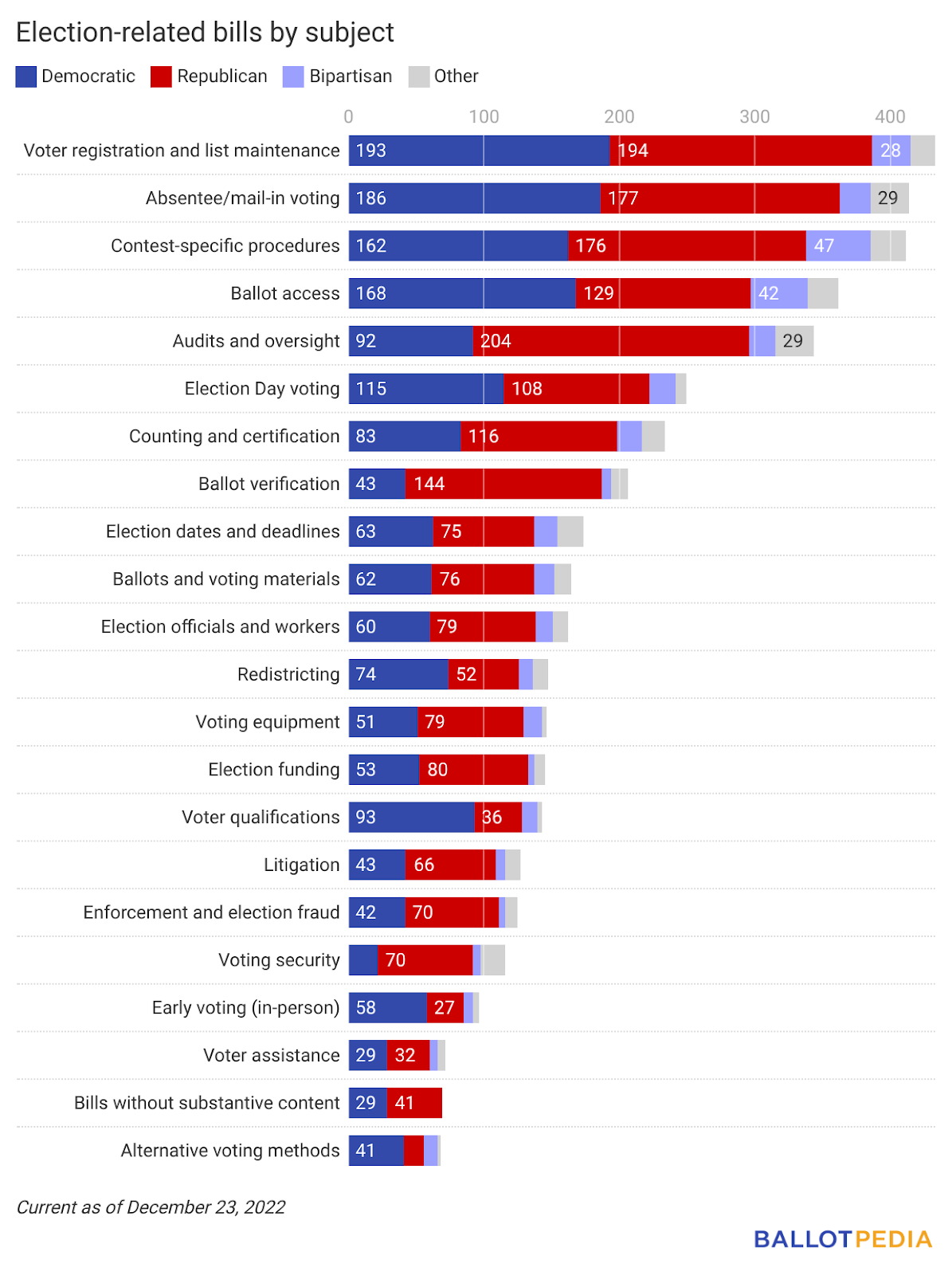 To date, Ballotpedia has identified 198 pre-filed bills for 2023 legislative sessions in 11 states. The charts and map below show the number of pre-filed bills by state, partisan sponsorship, and state trifecta status.

The pie chart below visualizes the partisan affiliation of pre-filed bill sponsors.

The pie chart below visualizes the state trifecta status of pre-filed bills.