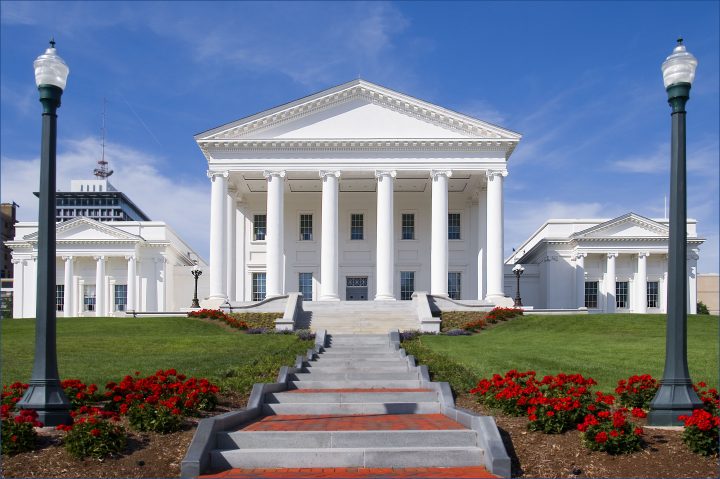 Going into the election, Democrats had a 21-18 majority in the state Senate (with the District 7 vacancy). According to Daily Kos’ David Nir, District 7 “has been very swingy: In 2019, Kiggans won it by less than one point, while Joe Biden carried it by 10 points the following year, only to see Youngkin prevail by 4 points in 2021.”

Rouse, a former NFL player, has been an at-large member of the Virginia Beach City Council since 2018. Rouse said “So much is at stake in this upcoming election, from a woman’s fundamental right to choose, which I will fiercely defend, to the efforts that will set us back on voting rights, to addressing climate change, protecting the Chesapeake Bay and waterways, to criminal justice reform.” Rouse listed education as his top priority, including raising teacher salaries and expanding access to preschool. Rouse also listed the economy, healthcare, and public safety as priorities.

Adams is a retired U.S. Navy lieutenant commander who founded and operated a handyman business. Adams said he will “continue working to pass Governor Glenn Youngkin’s pro-veteran agenda, cut taxes, ease regulations, keep our communities safe, and make it easier for small business owners like me to get started and stay in business.” Adams’ platform included working to improve education and workforce training, supporting veterans, lowering gas, grocery, and sales taxes, and growing “school funding while shrinking the power of left-wing idealogues.”

New state legislative maps took effect on January 11, 2023, at the start of the 2023 legislative. However, this special election took place under previous district lines. Click here to compare Virginia State Senate Districts before and after the 2020 redistricting cycle.

Abortion was an issue in the race. Rouse said, “Right now, that’s what we need in Richmond. Extreme Republicans are trying to take away the right to choose in Virginia, rolling back women’s freedom to make their own personal medical decisions.” On his campaign website, Adams said, “We need to pass laws that respect the rights of the mom and baby, limit late-term abortion by passing Glenn Youngkin’s 15-week legislation, while providing reasonable exceptions to protect the life of the mother or in the instance of rape or incest.”