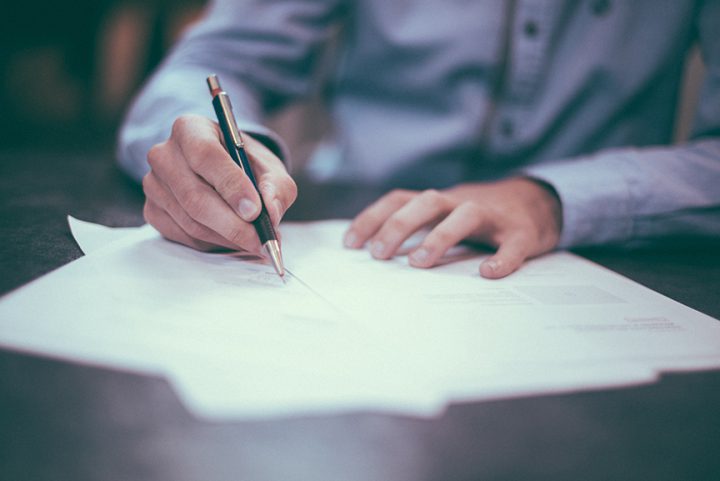 The signature deadline for citizen initiatives in Arkansas passed on Monday, July 6, 2020. Sixteen initiatives were filed targeting the November 2020 ballot in Arkansas. Three campaigns submitted signatures. All three measures were constitutional amendments, which means 89,151 valid signatures are required to qualify for the ballot.
1. Arkansas Voters First sponsored a constitutional amendment to create an independent redistricting commission. The group submitted over 100,000 signatures, which means it needs a signature validity rate of approximately 89 percent to qualify the initiative for the ballot. The measure would create the Citizens’ Redistricting Commission for state legislative and congressional redistricting. The commission would consist of nine commissioners and would replace the Board of Apportionment that is currently responsible for state legislative redistricting in Arkansas. The current Board of Apportionment is made up of the governor, the secretary of state, and the attorney general. In Arkansas, the state legislature is responsible for federal congressional redistricting. The measure would establish qualifying criteria for members and would restrict individuals from serving if they were, within the last 5 years, an elected official, lobbyist, political party officer, political action committee employee, or if they were the spouse of any such individuals. The measure would establish criteria for drawing district maps.
2. Arkansas Voters First also assisted Open Primaries Arkansas in collecting signatures for a constitutional amendment to establish a top-four primary, ranked-choice voting general election system in Arkansas for federal and state offices. Over 94,000 signatures were submitted for the measure, which means a signature validity rate of approximately 95 percent is required. Under the measure, the top four vote-getters in the primary would advance to the general election. Candidates would all appear on the same ballot regardless of political affiliation and could choose to have their political affiliation included on the ballot. In the general election, voters could rank up to four candidates. If a candidate receives a majority (50%+1) of votes, he or she would be elected. If no candidate secures a majority of votes, the candidate with the least votes would be eliminated and votes would be redistributed according to voters’ next choices. This would occur in rounds until one candidate has a majority of votes. As of 2020, no states utilized a top-four primary for state or federal elections. A measure to establish top-four ranked-choice voting is on the November in Alaska and may appear on the ballot in North Dakota.
3. Arkansas Wins in 2020 submitted over 97,000 signatures for a constitutional amendment to require the Arkansas Racing Commission to issue 16 casino licenses in 14 counties. This means the group needs a signature validity rate of approximately 92 percent. The amendment specifies which companies will receive the licenses. Issue 4, approved by voters in 2018, authorized one casino each for specified licensees in Crittenden, Garland, Pope, and Jefferson Counties.
In 2018, the signature petition for Arkansas Issue 4 had a signature validity rate of 72 percent. In 2016, the petition for Arkansas Issue 6 had a signature validity rate of 92 percent.
Based on a sampling of 143 citizen-initiated measures on the ballot from 2006 through 2018 across the country, successful petitions featured an average signature validity rate of 75.33 percent. Signature verification processes and petition requirements vary widely by state.
Four measures are already certified to appear on the 2020 ballot in Arkansas. The state legislature referred three constitutional amendments to the ballot that would (1) make permanent a 0.5 percent sales tax to fund transportation otherwise set to expire in 2023, (2) change term limits for state legislators, and (3) change initiative process and legislative referral requirements. A veto referendum concerning eye surgeries is also on the ballot.
From 1996 through 2018, an average of four measures appeared on the ballot during even-numbered years in Arkansas. During even-numbered years between 1996 and 2018, 73% (35 of 48) of statewide ballot measures in Arkansas were approved by voters, and 27% (13 of 48) were defeated. 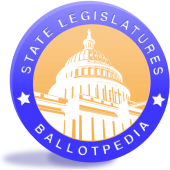 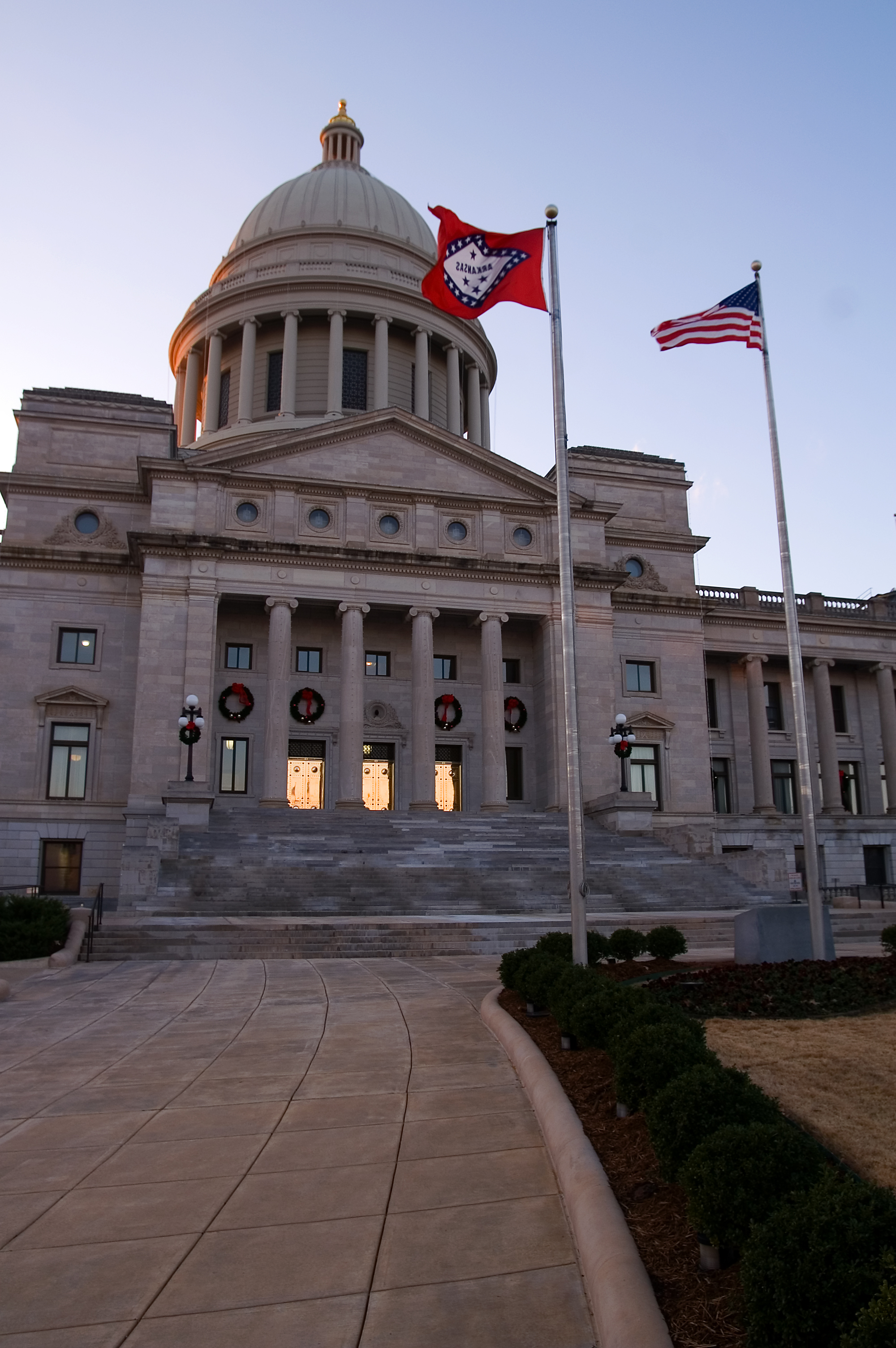 Arkansas Voters First, sponsors of an initiative to create an independent redistricting commission, filed a lawsuit against Secretary of State John Thurston (R) on April 22.

To qualify for the November ballot, sponsors need to submit 89,151 valid signatures by July 3, 2020. Signatures for Arkansas initiatives must be collected in person. Currently, none of the 26 states with a process for citizen initiatives allow electronic signature gathering.

The group seeks relief from certain signature petition requirements, such as in-person signature, witness, and notary requirements. The group asked to be allowed to gather electronic signatures and asked for the deadline to be extended by one month to August 3, 2020. Thurston said he does not have the power to suspend the signature requirements.

The lawsuit said, “Close, in-person interactions are necessary to any effort to gather wet signatures for an amendment to be placed on the ballot. However, given the severe restrictions on the ability to physically interact with others, Plaintiffs cannot comply with Arkansas’s formal constitutional and statutory signature requirements. Given the current circumstances, Arkansas’s requirements unduly burden Plaintiffs’ fundamental First and Fourteenth Amendment rights under the U.S. Constitution.”

The initiative would create the Citizens’ Redistricting Commission for state legislative and congressional redistricting. The commission would have nine commissioners. It would replace the Board of Apportionment that is currently responsible for state legislative redistricting in Arkansas. The state legislature is currently responsible for congressional redistricting. The measure would establish qualifying criteria for members and would restrict individuals from serving if they were, within the last 5 years, an elected official, lobbyist, political party officer, political action committee employee, or if they were the spouse of any such individuals. The measure would establish criteria for drawing district maps.

On March 19, 2020, Arkansas Voters First suspended signature-gathering efforts due to the coronavirus pandemic but stated they planned to complete signature gathering before the deadline for the 2020 ballot when restrictions were lifted. When the group filed its lawsuit on April 22, Arkansas Voters First Director Bonnie Miller said, “We have a right to petition our government to amend our constitution. We don’t have the luxury of waiting until next year. If we are denied access to the ballot this year, Arkansas could be stuck with unfair and unrepresentative districts for another ten years.”

In 2018, voters in five states approved changes to their redistricting systems for state legislative districts, congressional districts, or both. Ohio, Colorado, Michigan, Missouri, and Utah featured measures, with Ohio’s on the ballot in May and the rest on the ballot in November. In Michigan, Missouri, and Utah, the redistricting measures were put on the ballot as citizen initiatives. In Ohio and Colorado, the measures were referred to the ballot by state legislatures, compromising with the proponents of citizen initiative efforts.

Ballotpedia is tracking changes to ballot measure campaigns, procedures, and policies and ballot measure-related lawsuits in response to the coronavirus (COVID-19) pandemic.

Justice Shawn Womack delivered the opinion of the court and cited “the risk of giving core judicial powers to executive agencies in violation of the constitutional separation of powers” if they did not clarify how courts were supposed to review agency decisions.

Womack wrote that the power and responsibility to interpret laws lies with the judicial branch while the executive branch enforces laws made and interpreted by the legislature and courts. He went on to say that by “giving deference to agencies’ interpretations of statutes, the court effectively transfers the job of interpreting the law from the judiciary to the executive. This we cannot do.”

Special Justice Scott Hilburn joined the opinion written by Justice Womack. Justice Karen R. Baker concurred with the decision but did not write a separate opinion. Chief Justice Dan Kemp did not participate in the case. Justice Josephine Hart wrote a dissenting opinion focusing on the facts of the case and not judicial deference in general.

Click here to learn how other states have responded to judicial deference.