On August 7, the Republican Party of California voted not to endorse a candidate in the September 14 recall election of Gov. Gavin Newsom (D). About 90% of the delegates attending the virtual party meeting voted to skip the endorsement vote and not endorse a candidate. The vote came amid concerns from delegates and party leaders that an endorsement of one candidate would decrease turnout among voters who support other candidates.

Pete Holmes, the incumbent Seattle city attorney, conceded to challengers Ann Davison and Nicole Thomas-Kennedy on August 6, 2021, in the top-two primary election held August 3. As of August 10, the latest election results showed Thomas-Kennedy with 35.5% of the vote followed by Davison with 33% and Holmes with 31.2%. Davison and Thomas-Kennedy will advance to the general election on November 2, 2021.

Davison is an attorney and arbitrator and attended Willamette University College of Law and Baylor University. She ran for lieutenant governor as a Republican in 2020. Davison said the city needs “balanced leadership that makes us smart on crime: proactive not reactive” and that she would “focus on improving efficiencies within division in regards to zoning” and “transform existing Mental Health Court to specialized Behavioral Health Court for cases that involve mental health, substance use disorder or dual diagnosis.” Former Gov. Dan Evans (R), former King County Prosecutor Chris Bayley (R), former Seattle Municipal Judge Ed McKenna, and the Seattle Times endorsed Davison.

Thomas-Kennedy is a former public defender and criminal and eviction attorney and attended Seattle Community College, the University of Washington, and Seattle University School of Law. She described her policy priorities as decriminalizing poverty, community self-determination, green infrastructure, and ending homeless sweeps. Her campaign website said, “Every year the City Attorney chooses to prosecute petty offenses born out of poverty, addiction and disability. These prosecutions are destabilizing, ineffective, and cost the City millions each year.” The Seattle newspaper The Stranger endorsed Thomas-Kennedy.

Holmes won re-election in 2017 against challenger Scott Lindsay with 75% of the vote to Lindsay’s 25% and ran unopposed in the 2013 general election. Although he led in fundraising leading up to the primary election, The Cascadia Advocate‘s Andrew Villeneuve said that Davison and Thomas-Kennedy were “right behind Holmes as voting begins in the August 2021 Top Two election, with 53% of likely voters not sure who they’re voting for.” In a poll conducted by Change Research for the Northwest Progressive Institute from July 12 through July 15, 2021, 16% of respondents chose Holmes, 14% chose Davison, and 14% chose Thomas-Kennedy. David Kroman of Crosscut called Holmes’ concession “a tectonic political upset that sets the stage for a stark and divisive race to succeed him as the city’s top lawyer.”

The primary for the Topeka mayor and District 3 council seat in Kansas was held on Aug. 3. Candidates competed to advance to the general election scheduled for Nov. 2. The filing deadline to run passed on June 1.

Five candidates competed in the mayoral race. Mike Padilla and Leo Cangiani both advanced to the general election. Padilla received 3,990 votes, and Cangiani received 1,803. Daniel Brown, John Lauer, and Patrick Klick received less than 1,000 votes each and will not move on to the general election. The current mayor of Topeka, Michelle De La Isla, announced she would not be running for another term in March 2021.

Sylvia Ortiz and Regina Platt advanced from the primary for the District 3 council seat, defeating William Hendrix, David Johnson, and Lana Kombacher. The primaries for Districts 1, 5, 7, and 9 on the city council were canceled, but they will appear on the Nov. 2 ballot.

All 435 U.S. House seats will be up for election next year. Democrats currently have a 220-212 majority with three vacant seats. 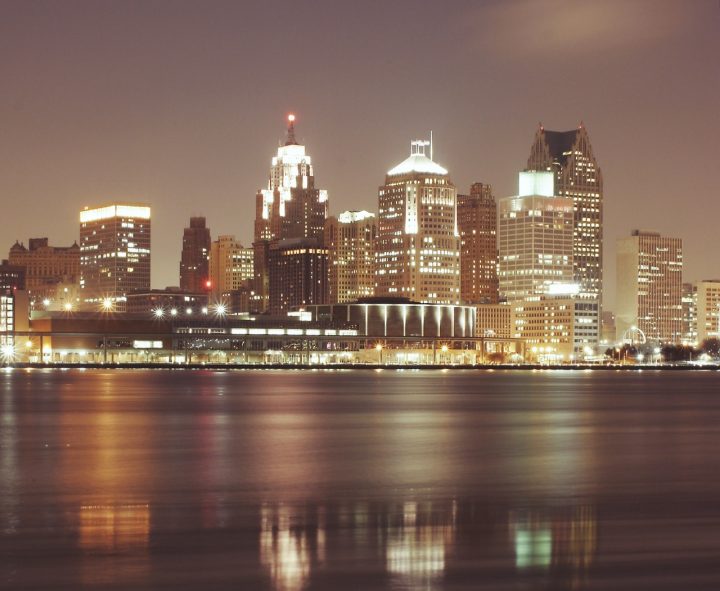 Seattle, Washington, held top-two primary elections on Tuesday, Aug. 3. Results of the races are pending. Elections in Washington are conducted primarily by mail (ballots may also be deposited in drop boxes or returned in person). Ballots postmarked by Aug. 3 will be counted. King County Elections plans to release updated vote totals each weekday until results are certified on Aug. 17.

Below are the top five candidates in each race as of preliminary results released Aug. 3.

Fifteen candidates ran in this election. Incumbent Jenny Durkan did not seek re-election.

Seven candidates ran in the primary for the seat González currently holds.

The nonpartisan primary election for city attorney of Seattle, Washington, was undecided as of 8:00 p.m. on August 3, 2021. Elections in Washington are conducted primarily by mail (ballots may also be deposited in drop boxes or returned in person). Ballots postmarked by Aug. 3 will be counted. King County Elections plans to release updated vote totals each weekday until results are certified on Aug. 17.

The top two candidates will advance to the general election on Nov. 2, 2021. Ann Davison led with 34.6% of the vote followed by incumbent Pete Holmes with 32.8% and Nicole Thomas-Kennedy with 32.2%.

According to a survey conducted by Crosscut, a nonprofit news site, the top issues for voters were housing and homelessness, police and public safety, taxes and the economy, and urban planning and transportation.

Davison said the city needs “balanced leadership that makes us smart on crime: proactive not reactive” and said she would “focus on improving efficiencies within division in regards to zoning” and “transform existing Mental Health Court to specialized Behavioral Health Court for cases that involve mental health, substance use disorder or dual diagnosis.”

Thomas-Kennedy ran on a platform of decriminalizing poverty, community self-determination, green infrastructure, and ending homeless sweeps. Her website said, “Every year the City Attorney chooses to prosecute petty offenses born out of poverty, addiction and disability. These prosecutions are destabilizing, ineffective, and cost the City millions each year.”

Holmes won re-election in 2017 against Scott Lindsay with 75% of the vote. In Seattle, the city attorney heads the city’s Law Department and supervises all litigation in which the city is involved. The city attorney supervises a team of assistant city attorneys who provide legal advice and assistance to the City’s management and prosecute violations of City ordinances.

Top-two primaries took place on Aug. 3 in three cities in Clallam County—Port Angeles, Sequim, and Forks. In total, 26 offices are up for election in those cities this year.

Results of the races are pending. Elections in Washington are conducted primarily by mail, though ballots may also be deposited in drop boxes or returned in person. Ballots postmarked by Aug. 3 will be counted. The Clallam County Auditor’s office releases updated vote totals on a daily basis until all ballots are counted.

In Clallam County, nonpartisan elections skip the primary and appear only on the general election ballot when fewer than three candidates file for the election or the office is a cemetery or parks and recreation district. Below are the preliminary results from races where primaries took place in Port Angeles, Sequim, and Forks as of Aug. 4. The top two vote-getters in each race will advance to the general election on Nov. 2, when the other 20 offices will also be on the ballot.

Clallam County is located in the northwestern corner of Washington. The estimated population in 2020 was 76,770. The county sits at the westernmost point in the contiguous United States, on the Olympic Peninsula.

Detroit Proposal P, which would have adopted a new city charter for Detroit was defeated by voters on August 3. According to election night results, 67% of voters were opposed to the measure, and 33% were in favor.

The new charter would have made changes to policy regarding broadband access, police practices, healthcare, taxes and utilities, and reparations, among other topics. The revised charter would have been 145 pages long, adding 25 pages to the existing 120-page charter.

Proposal P would have replaced Detroit’s existing city charter, which was approved by voters in 2011 and enacted in 2012. The 2012 charter was the product of its own Charter Revision Commission, which was elected by Detroit voters in 2009. The charter was revised twice before the 2012 version in 1997 and 1974, with the original charter having been enacted in 1918. When Detroit first revised its charter, it set a precedent allowing for the creation of a nine-member commission to investigate and propose any necessary changes to the city charter.

In August of 2018, Detroit voted to revise the 2012 charter by approving Proposal R. Later that year, voters elected a Charter Revision Commission in the November election. The Revision Commission was tasked with preparing a revised charter to put before voters. This charter was on the ballot on August 3 as Proposal P.

Proposed changes to city policy within the charter included the following:

Ballotpedia has tracked eight other local ballot measures in 2021 concerning

In 2020, Ballotpedia identified 20 police-related measures in 10 cities and four counties within seven states that appeared on local ballots. All 20 were approved.

A recall election seeking to remove Jerry Hatcher from his position as Benton County Sheriff in Washington was held on Aug. 3. A majority of voters cast yes ballots, approving the recall. Hatcher will be removed from office once results from the election are finalized.

The recall effort began in July 2020 and was led by the Benton County Sheriff’s Guild. Members of the guild said Hatcher had performed his duties in an improper manner, committed illegal acts, and violated his oath of office.

Hatcher, who first took office in May 2017, said the guild was refusing to hold deputies accountable. He said the guild would not let him take disciplinary action against employees who committed wrongdoing.

Washington requires recall petitions to be reviewed by a judge before they can be circulated. Walla Walla County Superior Court Judge Scott Wolfram approved the recall petition against Hatcher on Aug. 20, 2020. Hatcher appealed the decision to the Washington Supreme Court, which ruled on Nov. 6 that the recall effort could move forward and begin collecting signatures. The 13,937 signatures required to get the recall on the ballot was equal to 25% of the votes cast in the last sheriff election. Recall supporters submitted 16,552 signatures on April 23. The Benton County Auditor verified 14,215 signatures, allowing the recall to be put on the ballot.