The Missouri House of Representatives previously passed the amendment on March 11, 2021, by a vote of 156-1. State Rep. Aaron Griesheimer (R-61) was the amendment’s lead sponsor.

In Missouri, the state treasurer is responsible for determining how much state revenue is not needed for operating expenses and invests those remaining funds with the goal of accumulating interest income for the state. The current state treasurer is Scott Fitzpatrick (R), who was appointed to the position by Gov. Mike Parson and elected to his first full term in 2020.

Since 1985, Missouri voters have approved 69% (51 of 74) of legislatively referred constitutional amendments. The state legislature is expected to adjourn its 2021 session on May 14 and could refer additional amendments to the 2022 ballot during next year’s legislative session.

The Missouri House of Representatives voted unanimously on April 21 to expel Rep. Rick Roeber (R). On April 19, the House Ethics committee released a 13-page report following its investigation into allegations that Roeber had abused his children. The Committee found the testimony and allegations of Roeber’s now-adult children to be credible and recommended Roeber’s expulsion.

Ethics Chair Travis Fitzwater (R) and House Speaker Rob Vescovo (R) issued a joint statement, saying: “Our caucus and our institution have a zero tolerance policy for anyone who would endanger the well-being of a child, and it’s clear that Rick Roeber’s heinous actions make him not only unfit for office, but should also make him the subject of a thorough investigation by law enforcement.”

Roeber was first elected to represent District 34 in November 2020. The seat had been vacant since July 2019, following the death of former Rep. Rebecca Roeber (R), Rick Roeber’s wife.

This year, there have been 40 state legislative vacancies in 22 states. Twenty-seven (27) of those vacancies have been filled. So far in 2021, only one other state legislator—Luke Simons (R-N.D.)—has been removed from office. The North Dakota House of Representatives had expelled Simons on March 4 by a vote of 69-25.

The nonpartisan general election for St. Louis, Mo., was on April 6. The primary was held on March 2, and the filing deadline to run passed on Jan. 4.

Candidates competed for mayor, board of aldermen, and city comptroller. In the mayoral election, Tishaura Jones defeated Cara Spencer, earning 52% of the vote to Spencer’s 48%. Jones is the first Black woman to be elected mayor of St. Louis.

In the board of aldermen elections, incumbents ran for 15 out of the 16 seats on the ballot and won re-election to 12 of those seats. The following races did not re-elect an incumbent:

• In Ward 5, challenger James Page defeated incumbent Tammika Hubbard by a margin of 53% to 47%.

• In Ward 12, challenger Bill Stephens defeated incumbent Vicky Grass by a margin of 52% to 48%.

• In Ward 13, challenger Anne Schweitzer defeated incumbent Beth Murphy by a margin of 63% to 37%.

• In Ward 17—the sole race without an incumbent running—the race remained too close to call as of April 7.

Saint Louis is the 57th largest city by population in the U.S.

St. Louis Proposition E, which renewed the city’s 1% earnings tax, was approved with 79.4% of voters favoring the earnings tax and 20.6% voting against it.

Metropolitan St. Louis Sewer District Proposition 1 was approved with 59.2% favoring it and 40.8% opposing it. Proposition 1 removed obsolete positions and titles; added gender, sexual orientation, familial status, ancestry or national origin, and disability to the list of protected classes; and replaced “affiliated with” with “a member of” with respect to the existing requirement that no two trustees appointed from the city or county be “affiliated with” the same political party.

Metropolitan St. Louis Sewer District Proposition 2 was approved with 57.03% favoring it and 42.97% opposing it. Proposition 2 amended the charter to require an affirmative vote by two members of the Board of Trustees appointed from the city and two members appointed from the county to pass any ordinance, resolution, regulation, rule, or order; except that with at least five board members present and unanimous consent, an affirmative vote of any four board members shall be sufficient for passage.

Metropolitan St. Louis Sewer District Proposition 4 was approved with 61.5% favoring it and 38.5% opposing it. Proposition 4 amended the charter to compensate trustees $25 per day of attendance at a public meeting of the board and to compensate Civil Service Commission members $25 per day of attendance at a meeting of the commission, not exceeding $625 per fiscal year.

Metropolitan St. Louis Sewer District Proposition Y was approved with 81.6% favoring it and 18.4% opposing it. Proposition Y authorized the district to issue up to $500 million in bonds with bond revenue going to fund designing, constructing, improving, renovating, repairing, replacing, and equipping new and existing MSD sewer and drainage facilities and systems.

Tishaura Jones and Cara Spencer advanced from the St. Louis mayoral primary on March 2 and will run against each other in the general election on April 6. Jones received 25,374 votes, while Spencer received 20,649 votes. Lewis Reed and Andrew Jones, the other two candidates in the primary, received 17,162 and 6,422 votes, respectively.

This election was the first one that used approval voting in the city’s history. Candidates of all political affiliations ran in the election without partisan labels and voters could choose any number of candidates to vote for. This voting method was approved by voters in November 2020 as Proposition D.

Mayor Lyda Krewson (D) is not running for re-election. Both Tishaura Jones and Spencer are affiliated with the Democratic Party. The last 10 mayors of St. Louis have all been Democrats. The last time a Republican held the mayor’s office was Aloys Kaufmann, who served as mayor from 1943 to 1949.

On March 2, St. Louis, Missouri, will hold a mayoral primary using an electoral system called approval voting for the first time in the city’s history. Candidates of all political affiliations will appear on the ballot without partisan labels and voters may choose any number of candidates to vote for. The two candidates receiving the most votes will advance to the general election on April 6. Voters approved the method through the passage of Proposition D in November 2020.

Mayor Lyda Krewson (D) is not running for re-election. Four candidates are running in the primary: 2017 mayoral candidate Andrew Jones, St. Louis Treasurer Tishaura Jones, Aldermen President Lewis Reed, and Alderwoman Cara Spencer. Each has a partisan affiliation: A. Jones ran as a Republican in 2017, and the other three candidates have previously run for office as Democrats.

Candidates have each made crime a key priority in this campaign. A. Jones said that the city’s violent crime problem made it harder for the city to attract new businesses and retain existing ones, so addressing crime would improve safety while also improving the city’s business climate. T. Jones said she supported restructuring the police department’s budget to reallocate funding for mental health services, job training programs, and treating substance abuse. Reed’s campaign website called for a focus on violent crime, using a strategy called focused deterrence with groups most likely to commit violent crimes. Spencer, citing her background in mathematics and modeling, said she would implement a data-driven strategy for crime reduction in the city. 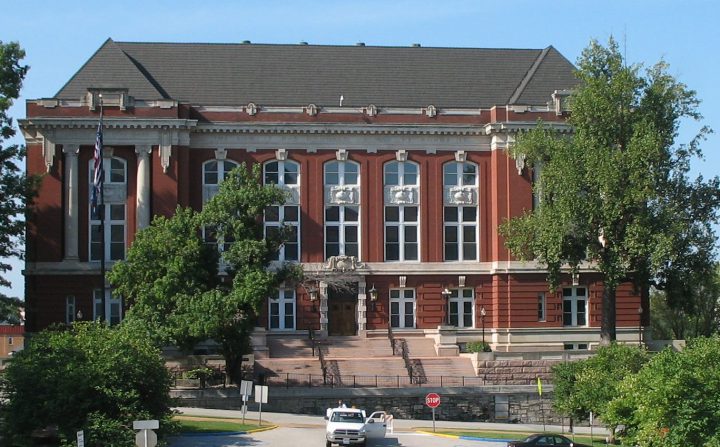 Missouri Supreme Court Justice Laura Denvir Stith announced on February 2, 2021, that she would retire from the court effective March 8. Stith stated she planned to do pro bono work following her retirement from the court.

Justice Stith joined the Missouri Supreme Court in 2001. She was appointed to the court by Governor Bob Holden (D). Stith was retained by voters in 2002, and again in 2014 for a term that would have expired on December 31, 2026.

Stith earned a B.A. in political science and social psychology from Tufts University in 1975 and her J.D. from Georgetown University Law Center in 1978.

The Missouri Appellate Judicial Commission selects supreme court judges according to the Missouri Plan. When a seat on the court becomes vacant, the commission submits three names to the governor to determine the replacement. After one year on the court, an appointed judge must run in the next general election to retain the seat. After their first retention election, supreme court justices serve 12-year terms and must win their retention elections to remain on the court.

The current chief justice of the court is George Draper, who was appointed by Gov. Jay Nixon (D) in 2012.

As of February 5, 2021, there are seven supreme court vacancies in six of the 29 states where replacement justices are appointed instead of elected.

Candidates interested in running in the special election for District 45 of the Missouri House of Representatives had until January 27, 2021, to file. David Smith (D) is facing Glenn Nielsen (L) in the general election scheduled for April 6, 2021.

Heading into the special election, Republicans have a 114-48 majority in the Missouri House. Missouri has a Republican state government trifecta. A trifecta exists when one political party simultaneously holds the governor’s office and majorities in both state legislative chambers.