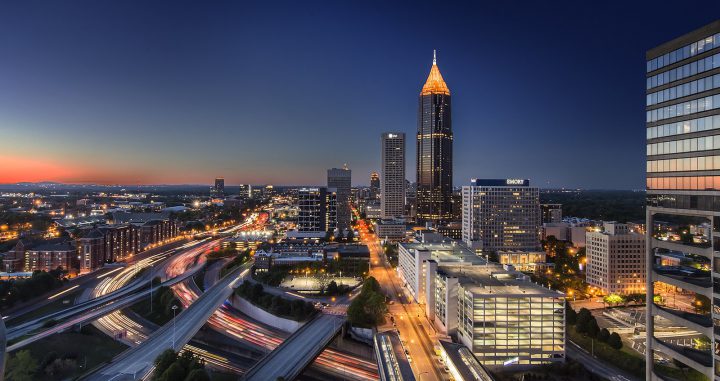 City Councilman Andre Dickens (D) defeated City Council President Felicia Moore (D) in the general runoff election for mayor of Atlanta, Georgia, on Nov. 30, 2021, receiving 64% of the vote to Moore’s 36%. Incumbent Mayor Keisha Lance Bottoms (D) announced on May 6, 2021, that she would not seek re-election, making her the first Atlanta mayor since World War II to choose not to run for a second term.

Dickens and Moore advanced to a runoff after placing second and first, respectively, in the Nov. 2 general election. Moore received 41% of the vote followed by Dickens with 23%. This was the city’s seventh mayoral runoff since 1973.

Dickens was first elected to the city council in 2013 and won re-election in 2017. During the mayoral race, he promoted his SAFE Streets Atlanta plan, a series of public safety proposals in response to voter concerns regarding crime. He received endorsements from Mayor Lance Bottoms, former Mayors Shirley Jackson (D) and Andrew Young (D), and U.S. Rep. Nikema Williams (D). Dickens also received endorsements from six members of the Atlanta City Council and three Fulton County Commissioners. 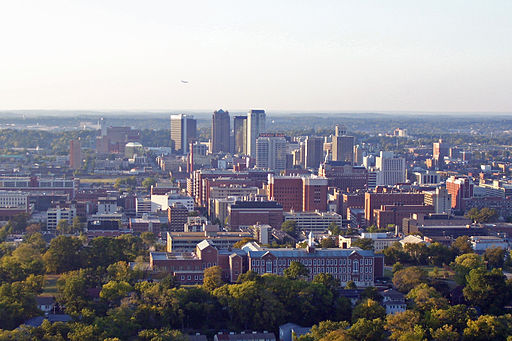 The general runoff election in Birmingham, Ala., is on Oct. 5. The general election was held on Aug. 24, and the filing deadline to run passed on July 10.

General runoffs became necessary after no candidate earned a majority of the vote in four races during the general election in August.

Candidates will also be competing for two seats on the nine-seat Birmingham City School District Board of Education. In District 1, the candidates are incumbent Douglas Ragland and challenger Sherman Collins Jr. In the District 9 race, Le’Darius Hilliard and Jason Meadows are running for an open seat.

A special general election was held for the Texas House of Representatives District 10 on Aug. 31. Brian E. Harrison (R) and John Wray (R) advanced to a general runoff election and defeated six other candidates. The candidate with the third-most votes was Pierina Otiniano (D). A runoff date had not been announced as of Aug. 31.

The special election was called after Jake Ellzey (R) won a special election to Texas’ 6th Congressional District on July 27. Ellzey won the 2020 election for the Texas House of Representatives District 10 seat and assumed office in January 2021.

Jake Ellzey (R) defeated Susan Wright (R) in a special runoff election in Texas’ 6th Congressional District. With 98% of precincts reporting, Ellzey received 53% of the vote and Wright received 47% of the vote.

Ellzey will fill the vacancy left when the previous incumbent, Ronald Wright (R), died from COVID-19 related complications on Feb. 7. The district is located in the northeastern portion of the state and includes Ellis and Navarro counties and an area of Tarrant County.

Since both runoff candidates were Republicans, the seat will not change party hands as a result of the election. The two advanced from a 23-candidate special election on May 1. Wright received 19.2% of the vote while Ellzey received 13.8% of the vote.

A special Democratic primary runoff will be held on June 22 for District 78 in the Alabama House of Representatives. Kenyatté Hassell and Donald Williams advanced to the Democratic primary runoff after defeating Terance Dawson and Roderick Thornton in the May 25 primary. The winner of the runoff will face Loretta Grant (R) in the special election on Sept. 7. The winner of the special election will serve until November 2022.

The general runoff election is scheduled for July 13. The filing deadline passed on May 7.

There was a third special election held for a state legislative seat in Georgia earlier this year. A primary for the District 90 seat was held on Feb. 9 after Pam Stephenson (D) resigned her seat on Sept. 4. Angela Moore and Stan Watson advanced to the Democratic primary runoff election held on March 9. Moore won the seat.

Georgia had 67 state legislative special elections between 2010 and 2020. The state has held at least one special election every year during that time period. The highest number in one year was 12 in 2015, and the lowest was two in 2012.

Georgia is one of only two states that require a majority in all congressional, state executive, and state legislative elections in order to avoid a runoff.

Mattie Parker defeated Deborah Peoples in the Fort Worth mayoral runoff election on June 5, 2021. Parker received 54% of the vote to Peoples’ 46%. Parker and Peoples advanced to the runoff from the general election on May 1, 2021. Incumbent Mayor Betsy Price (R) did not run for re-election.

Prior to the election, Parker worked in education and as the chief of staff for the Fort Worth Mayor and City Council. She received endorsements from incumbent Mayor Price, Texas Gov. Greg Abbott (R), and the Dallas Morning News and the Fort Worth Star Telegram.

To read more about the mayoral runoff election in Fort Worth, click here:

To read more about city election in Fort Worth, click here: