McMillian was a judge on the Georgia Court of Appeals from 2013 to 2020. She was appointed to the court of appeals by Gov. Nathan Deal (R) on January 16, 2013. Before that, she was appointed to the Fayette County State Court by Gov. Sonny Perdue (R), serving on that court from 2010 to 2013. McMillian was previously an attorney and partner with the law firm of Sutherland Asbill & Brennan LLP. She began her legal career as a federal law clerk for William O’Kelley, judge of the U.S. District Court for the Northern District of Georgia.

McMillian received her bachelor’s degrees in both history and economics from Duke University, where she graduated with high honors, and her J.D. from the University of Georgia School of Law. During her legal studies, she served on the Law Review editorial board.

If a vacancy appears on the Georgia Supreme Court, the position is filled by assisted appointment. The governor chooses an appointee from a list of candidates compiled by the Georgia Judicial Nominating Commission (JNC). The JNC is an 18-member body that evaluates candidates who apply for a state court vacancy. Members are appointed by the governor.

If appointed, an interim judge must run in the next general election held at least six months after the appointment, and, if confirmed by voters, he or she may finish the rest of the predecessor’s term. Benham’s term was set to expire on December 31, 2020. McMillian will not need to run for election until 2022.

Georgia Supreme Court justices are primarily selected by popular vote in nonpartisan elections. They serve six-year terms, after which they must run for re-election if they wish to retain their seats.

Founded in 1845, the Georgia Supreme Court is the state’s court of last resort and has nine judgeships. As of McMillian’s appointment, the other eight members of the court were:

In 2020, there have been 10 supreme court vacancies across eight of the 29 states where replacement justices are appointed instead of elected. The vacancies were all caused by retirements. 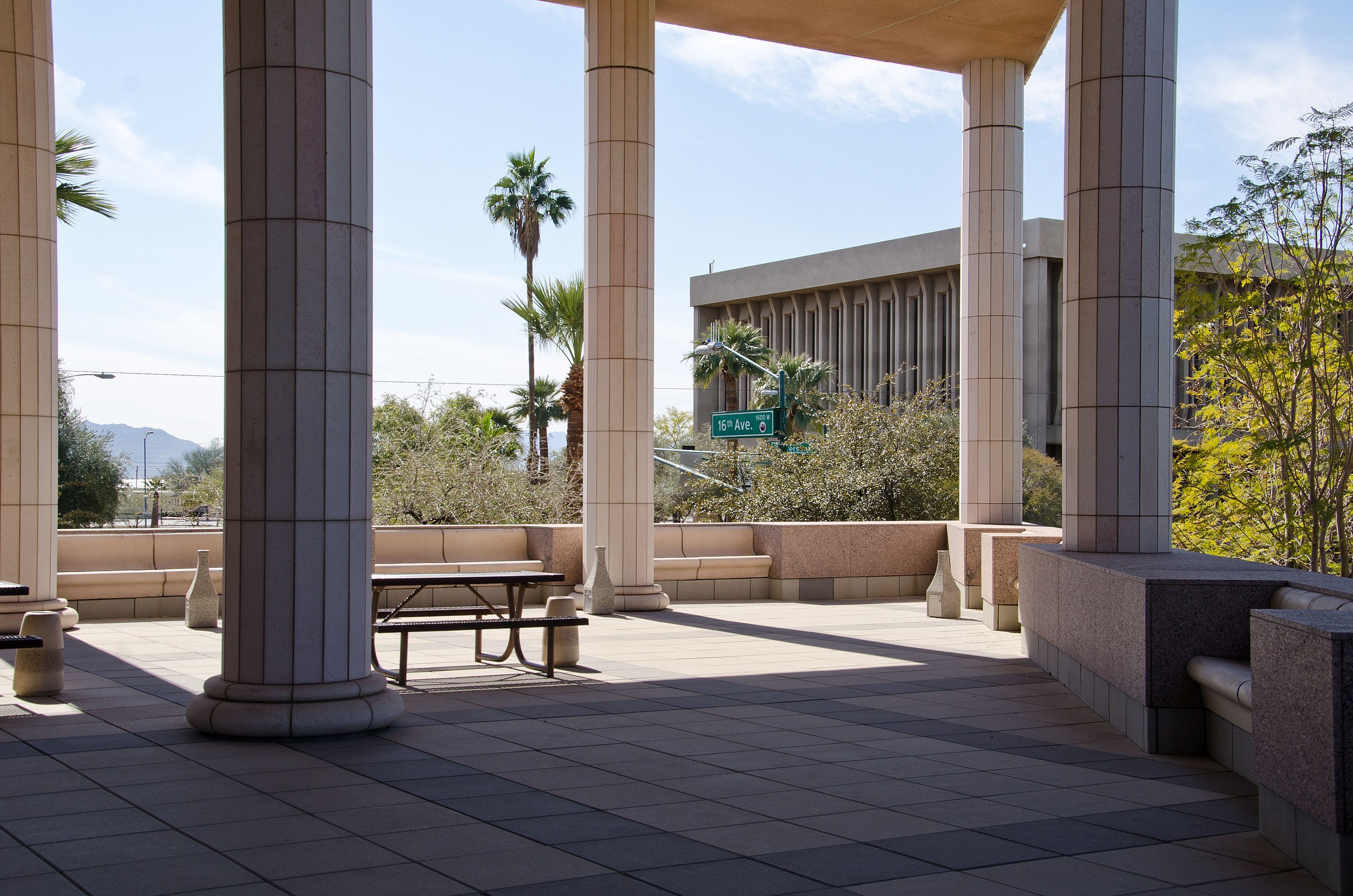 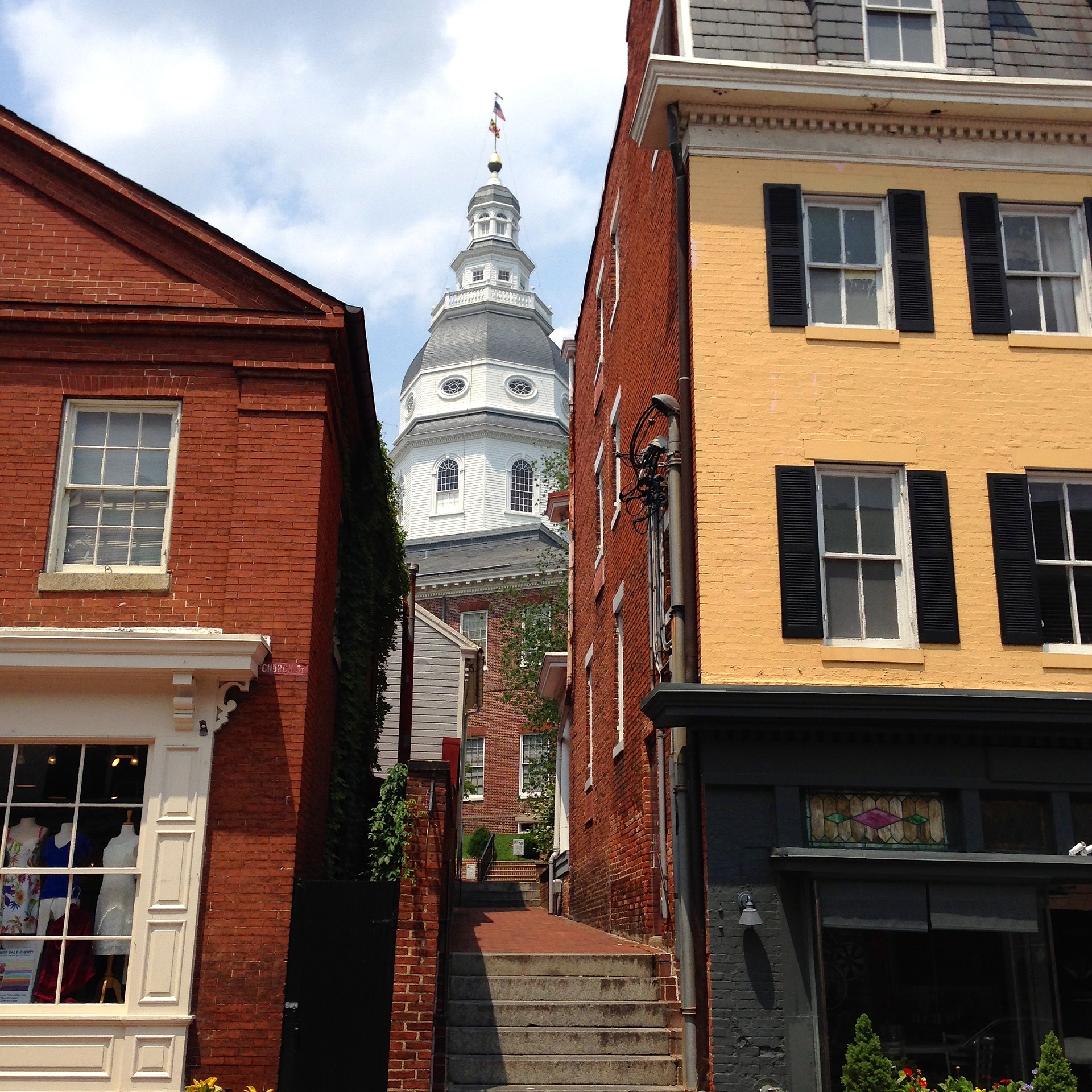 Maryland and New York are the only states in the nation that do not call its court of last resort the supreme court, but that could change after November 3, 2020.

On March 13, 2020, the Maryland Senate passed Senate Bill 0393 by a vote of 45-1. If the bill is passed by the General Assembly, it will appear on the November 3, 2020, ballot as a legislatively referred constitutional amendment.

Maryland’s court of last resort is currently called the Maryland Court of Appeals. The bill seeks to make the following changes:

In order to add a legislatively referred constitutional amendment to the ballot in Maryland, it must be approved by at least 60% of both houses of the legislature.

On March 22, the West Virginia Supreme Court declared a judicial emergency and suspended jury trials and all in-person proceedings, with a few exceptions, through April 10, 2020.

West Virginia joined the majority of states whose judicial branches have decided to suspend certain court operations and jury trials due to the coronavirus pandemic. Through March 23, 2020, 33 states had suspended in-person proceedings on a statewide level, including West Virginia, Colorado and Connecticut.

Sixteen states, including Georgia and South Carolina, empowered judges to decide how to handle courtroom restrictions on the local level. In Nevada, while there are no statewide restrictions, courthouses in Carson City and Las Vegas are limiting public access in light of the coronavirus pandemic.

One state, Wyoming, had not issued any orders on the state or local level due to coronavirus.

On March 19, 2020, Florida Gov. Ron DeSantis (R) announced he would delay nominating individuals to two Florida Supreme Court vacancies until at least May 1. The governor said he had not had time to review the candidates’ application materials because of the coronavirus pandemic. Normally under state law, DeSantis would have needed to select the two new justices by March 23.

Two seats on the Florida Supreme Court became vacant after Justices Robert J. Luck and Barbara Lagoa were confirmed to the United States Court of Appeals for the 11th Circuit on November 19 and November 20, 2019, respectively. President Donald Trump (R) nominated both judges to the 11th Circuit on October 15, 2019.

Under Florida law, state supreme court justices are chosen through a process of assisted appointment, where the governor chooses a nominee from a list of potential candidates provided by a judicial nominating commission (JNC). On January 23, the JNC submitted nine nominees to the governor. Lagoa’s and Luck’s replacements will be Gov. DeSantis’ fourth and fifth nominees to the seven-member supreme court.

DeSantis declared a state of emergency on March 9 in response to the coronavirus pandemic. At the time of the emergency declaration, the Florida Department of Health confirmed that 13 residents tested positive for the virus. 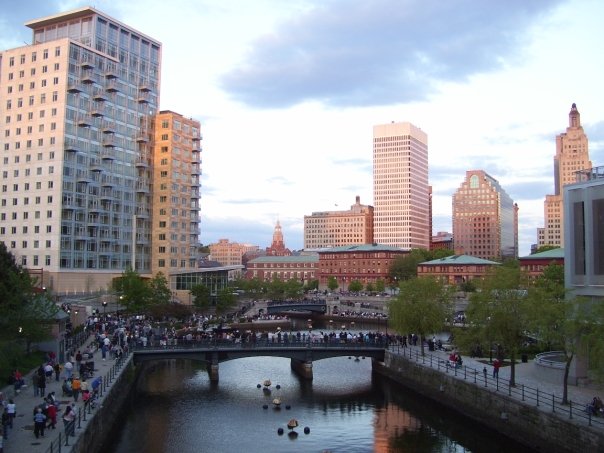 The Rhode Island Supreme Court is the state’s court of last resort and has five judgeships. The current chief of the court is Paul Suttell.

The selection of supreme court justices begins with the Judicial Nominating Commission. The commission is composed of nine members. Five of the members must be attorneys. Various elected officials must submit lists of nominations for commission members. The governor receives those lists and then makes his or her selection for the commission seat. The governor picks one name from each of five lists compiled by the speaker of the Rhode Island House, the president of the Rhode Island Senate, the speaker and the president together, and the minority leaders of both houses respectively. The governor selects the final four members of the commission, but without any requirement that he do so from a previously prepared list.

This governor controlled commission submits three to five names to the Governor of Rhode Island, and upon receiving the names, the governor selects and appoints one. The appointed justice must then be approved by both the state senate and house of representatives.

As of March 2020, all five justices on the court were appointed by a Republican governor. This will be Democratic Governor Gina Raimondo’s first appointment to Rhode Island’s highest court. She assumed office on January 6, 2015. Her current term ends on January 3, 2023.

Two candidates are challenging the cancelation of an election to fill a Georgia Supreme Court vacancy. The election was previously scheduled for May 19, 2020, to fill Justice Keith Blackwell’s seat, but it was canceled after Blackwell announced he was retiring, effective November 18, 2020. A statement from the Georgia Supreme Court said the governor would appoint Blackwell’s replacement. Secretary of State Brad Raffensperger (R) subsequently canceled the election.

Former Congressman John Barrow (D) and former state Representative Beth Beskin (R) filed separate legal challenges in Fulton County Superior Court, asking the judge to order Raffensperger to put the election back on the calendar. On March 16, Fulton County Superior Court Judge Emily Richardson denied the petitions, saying Barrow and Beskin did not show they had “a clear right” to require the secretary of state to hold an election.

Barrow and Beskin both appealed Judge Richardson’s decision. The Georgia Court of Appeals transferred Barrow’s case to the state supreme court, and Beskin appealed to the high court directly.

The Georgia Supreme Court issued an order consolidating and ordering an expedited review of the two cases. Five of the eight sitting justices recused themselves from the case. They were replaced by substitute justices. Chief Justice Harold Melton, Presiding Justice David Nahmias, and Justice Sarah Warren did not recuse themselves.

The Georgia Judicial Nominating Commission (JNC) received 29 applications to succeed Blackwell. When a vacancy appears on a state court, the JNC solicits applications and interviews candidates. The commission then submits a list of five names to the governor for consideration. The governor is not required to select an individual from that list. 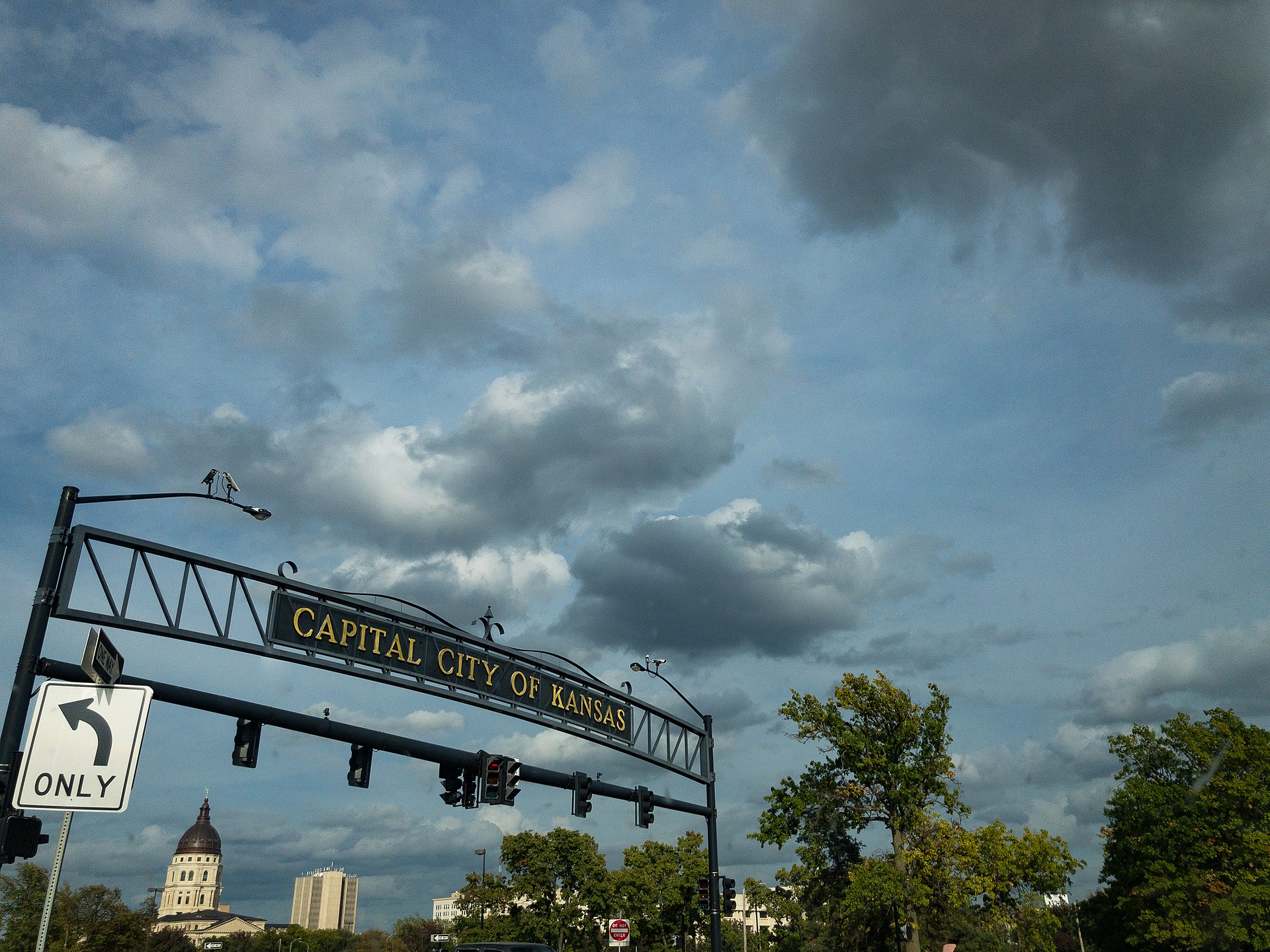 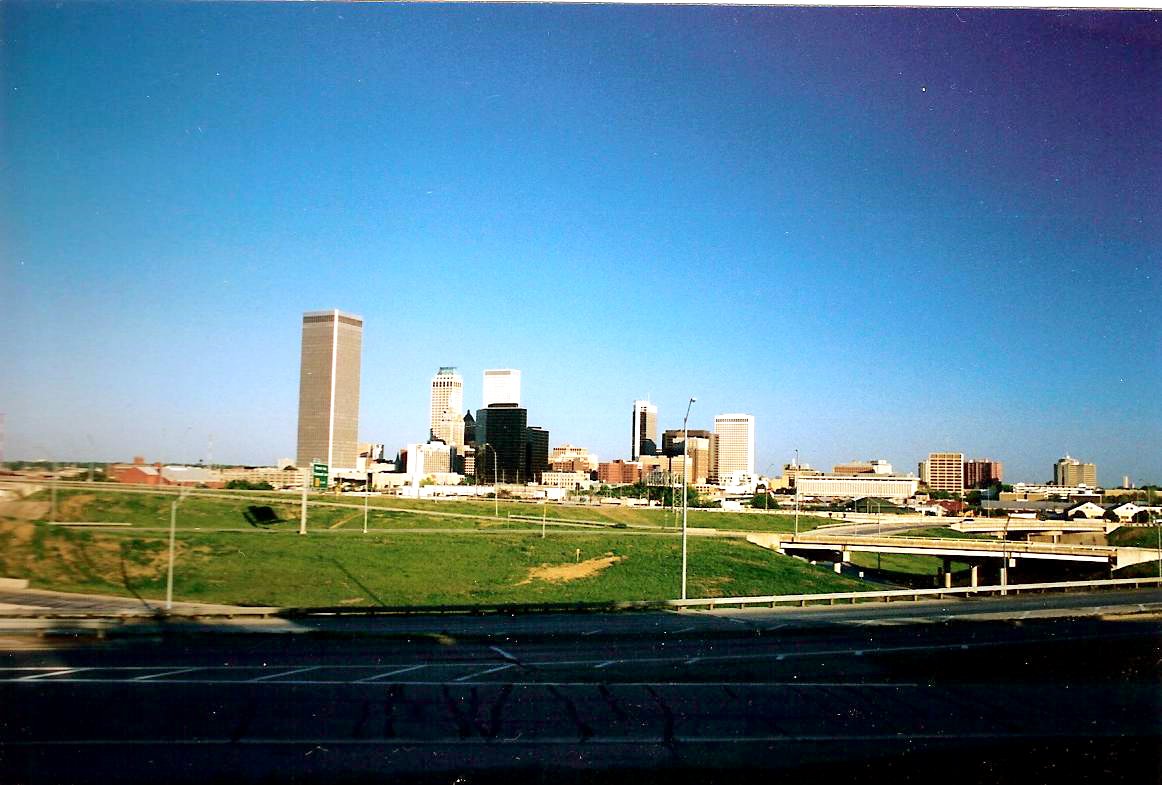