Thomas earned a B.A. in government from the University of Notre Dame in 1974. In 1981, he earned a J.D. from Loyola University School of Law. Prior to beginning his legal career, Thomas was a kicker for the Chicago Bears in the National Football League.

Under Illinois law, the Illinois Supreme Court is responsible for appointing an interim judge in the event of a midterm vacancy. The interim judge serves until the next primary election occurring at least 60 days after his or her appointment, at which point the judge must run in a partisan election to remain on the court. Illinois Supreme Court Justices are selected by popular vote in partisan elections and serve 10-year terms, after which they must compete in nonpartisan retention elections to remain on the court.

Because the vacancy from Thomas’ retirement is set to occur less than 60 days before the state’s next primary on March 3, his replacement was selected by the Illinois Supreme Court in a vote of the justices. The court appointed appellate Justice Michael J. Burke to serve from March 1, 2020, to December 5, 2022.

Unlike most states, supreme court justices in Illinois are elected to represent specific districts. The seven justices are divided among five districts (three allocated to Cook County and the others divided evenly among the other four districts across the state) and are voted into office by the residents of their respective regions. Three other states—Kentucky, Louisiana, and Mississippi—use a similar system.

The Illinois Supreme Court will see another retirement in 2020. Justice Lloyd Karmeier is retiring from the court on December 6, 2020. His seat will be filled via partisan election. 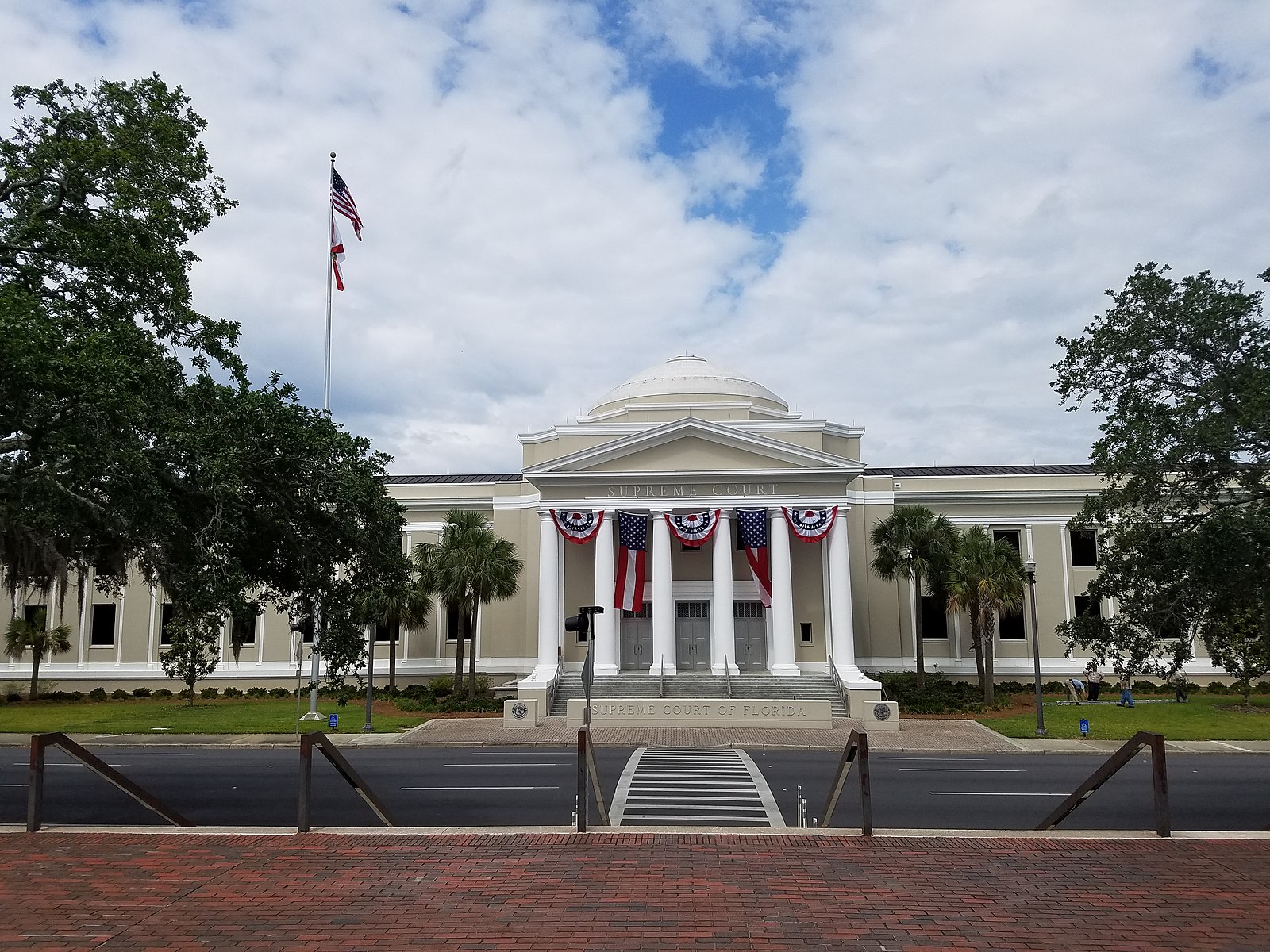 On February 12, the Florida Supreme Court declined to hear an appeal from the City of Coral Gables of a ruling by the Third District Court of Appeal that upheld the state’s preemption of local bans on plastic packaging. Preemption occurs when law at a higher level of government is used to overrule authority at a lower level of government.

The city of Coral Gables banned the retail use of expanded polystyrene (plastic foam) in February 2016. In July 2016, the Florida Retail Federation (FRF) filed a lawsuit against the city, and Judge Jorge Cueto of the Eleventh Circuit Court upheld the city’s polystyrene ban in February 2017.

On August 14, 2019, the Third District Court of Appeal reversed the ruling, stating, “Because the trial court erred in finding [Florida Statutes sections 403.708(9), 403.7033, and 500.90] unconstitutional and concluding that the City’s Polystyrene Ordinance was not preempted, we reverse.” After the Third District Court denied the city’s motion to certify the question to the Florida Supreme Court, Coral Gables invoked the supreme court’s discretionary jurisdiction.

On January 16, 2020, Judge Maxine White was appointed to the Wisconsin Court of Appeals, District 1, by Governor Tony Evers (D) to fill the vacancy created by the resignation of former judge Joan Kessler. White took her seat on the Wisconsin Court of Appeals on February 7, 2020. She will serve the remainder of Evers term, which ends on July 31, 2021.

Before White was appointed to the Wisconsin Court of Appeals, she served as the chief judge of Wisconsin’s First Judicial District and as presiding judge of the Milwaukee County Circuit Court’s Family Division. Before becoming a judge, White served as a legal advisor for the Federal Law Enforcement Training Center in Georgia, an assistant U.S. attorney for the Eastern District of Wisconsin, and as a manager for the Social Security Administration.

The Wisconsin Court of Appeals is the state’s intermediate appellate court. The court is composed of 16 judges from four districts. Selection of state court judges in Wisconsin occurs through nonpartisan elections. In the event of a midterm vacancy, the governor appoints a replacement.

Three Wisconsin Court of Appeals justices’ seats are up for election in 2020. A nonpartisan election is scheduled for April 7, 2020. 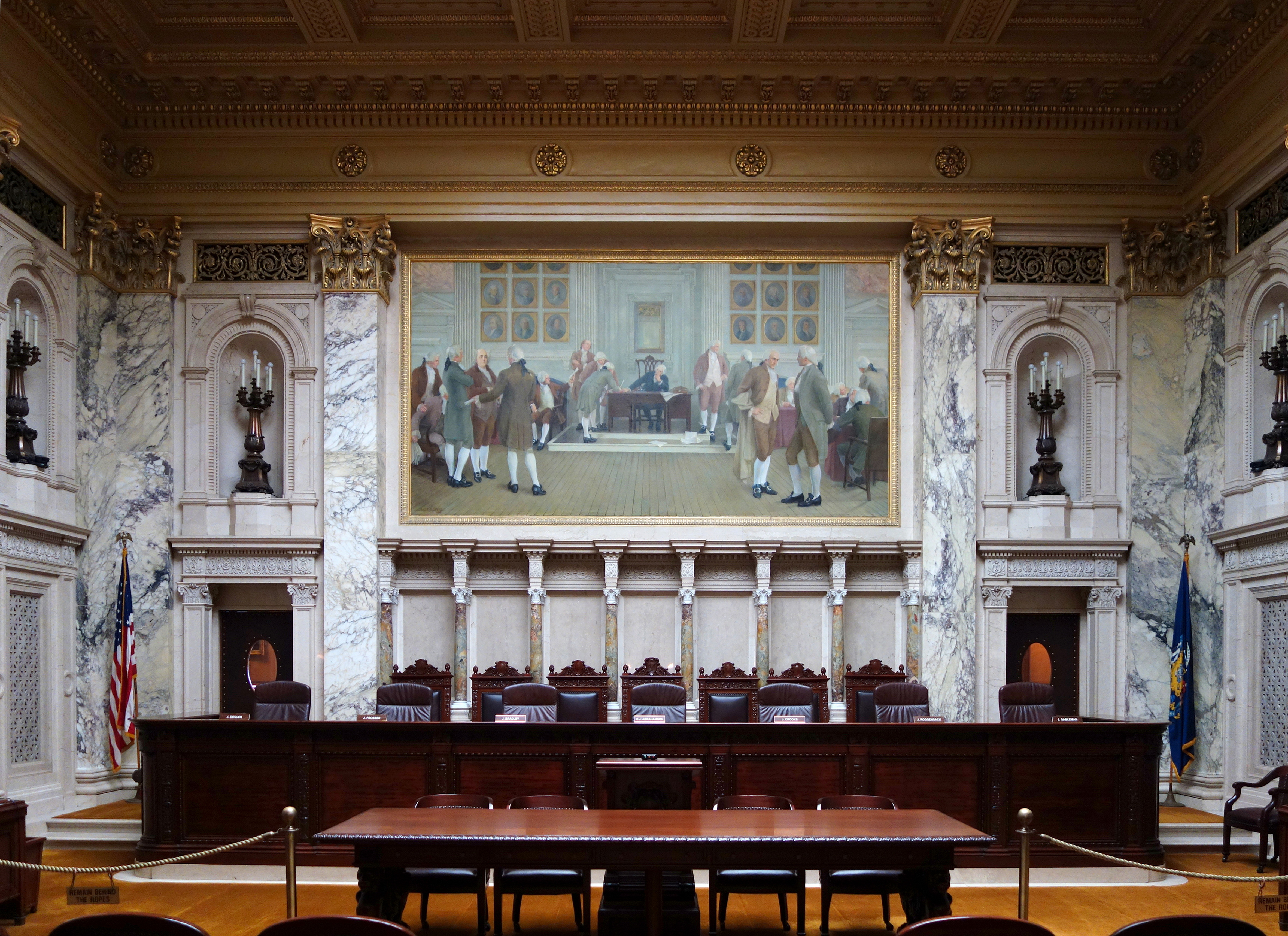 A nonpartisan primary will take place on Feb. 18 to narrow the candidate field in the 2020 election of a justice to the Wisconsin Supreme Court.

Incumbent Daniel Kelly, Ed Fallone, and Jill Karofsky are running in the primary. Kelly is a member of the court’s 5-2 conservative majority. Fallone and Karofsky have each pledged to join the court’s liberal minority. Although the race is officially nonpartisan, Kelly has received support from Republican-affiliated groups and Fallone and Karofsky from Democratic-affiliated groups.

Kelly was appointed to the court in 2016 by then-Gov. Scott Walker (R) to fill a vacancy opened by the retirement of David Prosser. He says that he has the broadest range of legal experience, including as a prosecutor, defense attorney, and litigator.

Fallone is a law professor at Marquette University who ran for state supreme court in 2013. He says that he will bring new perspectives to the bench from his time as a law professor and his work with the Hispanic community and low-income clients.

Karofsky is a judge on the Dane County Circuit Court who was elected in 2017. She says she has the most firsthand experience applying the law and seeing how supreme court decisions impact residents.

All three candidates say they are running to oppose politicization of the court.

The top two finishers in the primary will advance to a general election on April 7. The winner of the general election will begin a 10-year term. A win for either Fallone or Karofsky would reduce the size of the conservative majority on the court to 4-3, meaning control of the court would be at stake during the next election in 2023. A win for Kelly would preserve the current 5-2 balance, meaning that control of the court will not be at stake until the 2026 election assuming no justices leave the bench early.

Recent Wisconsin Supreme Court elections have been decided by narrow margins. In the 2019 election, conservative Brian Hagedorn defeated liberal Lisa Neubauer by a margin of 50.2% to 49.7%. Setting aside the 2017 election (in which the incumbent was unopposed), the widest margin of victory for a Wisconsin Supreme Court election in the past decade was Ann Walsh Bradley’s 58.1% to 41.9% win in 2015.

On January 28, Iowa Gov. Kim Reynolds (R) made her third appointment to the Iowa State Supreme Court when she chose Dana Oxley to fill the vacancy left by Chief Justice Mark Cady.

Reynold’s described Justice Oxley saying, “She’s smart, she’s articulate, she’s hard-working, she brings a breadth of experience to the court.” This will be the first time in the state’s history that two women have shared the bench. Governor Reynolds stated that “We need more women in the courts, yes but I don’t make my decision based on gender. They earned those selections.”

Iowa uses the assisted appointment method to select justices, meaning that the governor must select an appointment from a list of three nominees recommended by the Iowa Judicial Nominating Commission.

In Justice Oxley’s application for nomination, she wrote that during her clerkship with U.S. Appeals Court Judge David Hansen she learned “the art of judicial restraint.” She explained that, “while legal issues may have lurked on the edges of a case that were more interesting than the ones that were brought in the parties’ briefs, our adversarial system works best when lawyers are allowed to bring the issues that are most important to their clients to the courts.” In her application she also claimed that the court should “not blindly apply its prior decisions but must be vigilant in protecting the rule of law.” 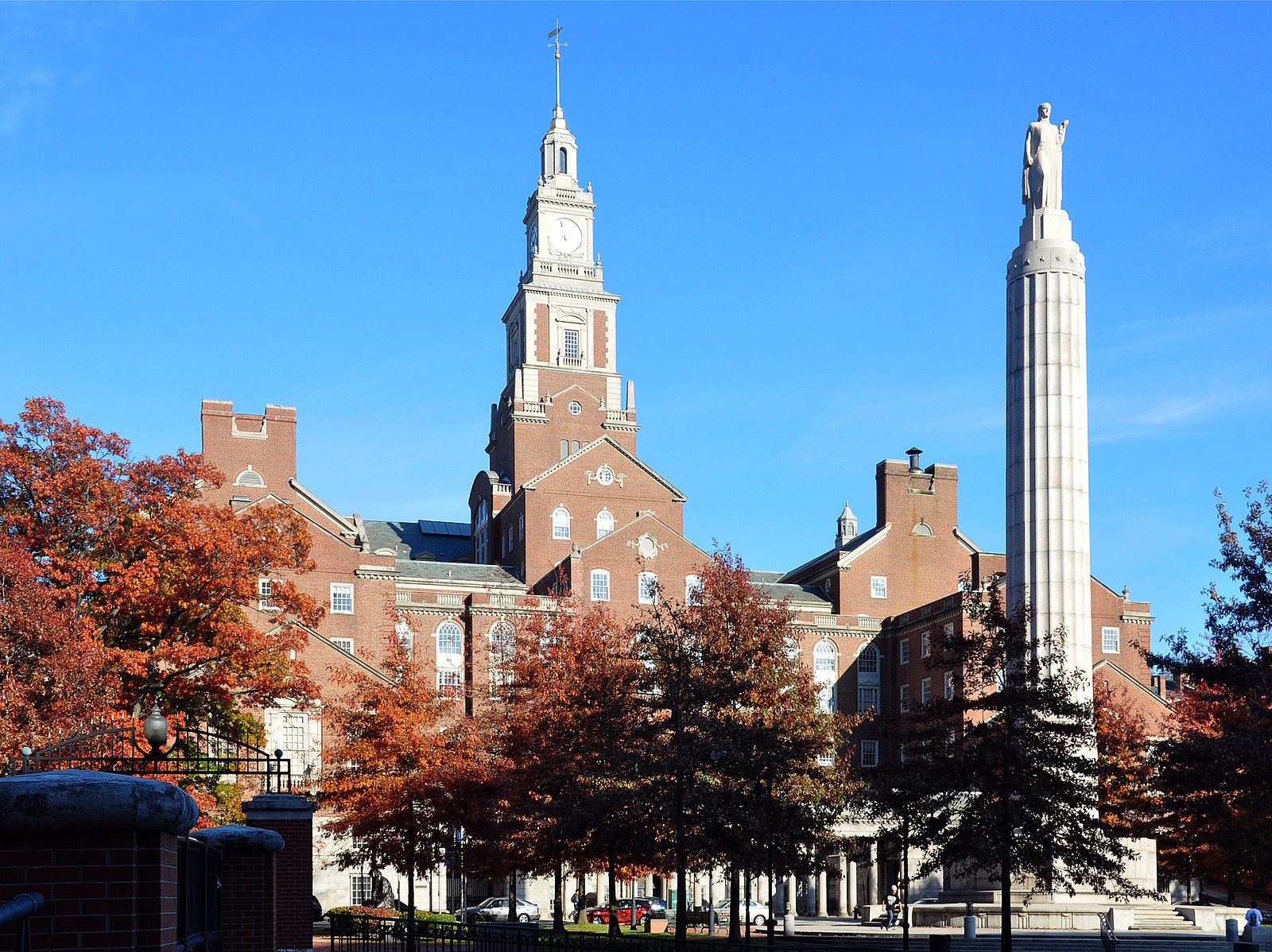 State court judges in Rhode Island are chosen using the assisted appointment method. Rhode Island Supreme Court justices are appointed by the governor with help from the state Judicial Nominating Commission. Supreme court nominees must be approved by both the state House and the state Senate. Indeglia’s replacement will be Governor Gina Raimondo’s (D) first nominee to the five-member supreme court.

The Rhode Island Judicial Nominating Commission has nine members, four of whom must be attorneys. Five commissioners are selected by the governor with input from the speaker of the House, the state Senate president, and the minority leaders of the state legislature. The remaining four are selected solely by the governor.

Rhode Island is one of only three states where judges serve lifetime terms, and, of those states, it is the only one without a mandatory retirement age.

The Rhode Island Supreme Court is the state’s court of last resort. It currently includes the following justices:

Five Leon Valley residents have filed a lawsuit to place a recall election on the May 2 ballot. Councilmembers Donna Charles and Monica Alcocer were targeted for recall after a 2-1 vote in August 2019 to remove Councilmember Benny Martinez. Charles and Alcocer voted in favor of removing Martinez due to allegations of sexual harassment as well as undermining Leon Valley’s legal department, community development department, police department, and the city manager. Martinez responded to the allegations by saying, “There is no validity to any of them. I deny all charges against me. This is a witch hunt to get me off the City Council.”

Petitioners were required to submit 500 valid signatures for each official to put the recalls on the ballot. More than 1,600 signatures were submitted for verification against Charles and Alcocer in November 2019. Scheduling for the recall election was on the city council’s agenda on January 21, but the matter wasn’t taken up during that meeting. A lawsuit to put the recall on the ballot was filed with the Fourth Court of Appeals on January 24. 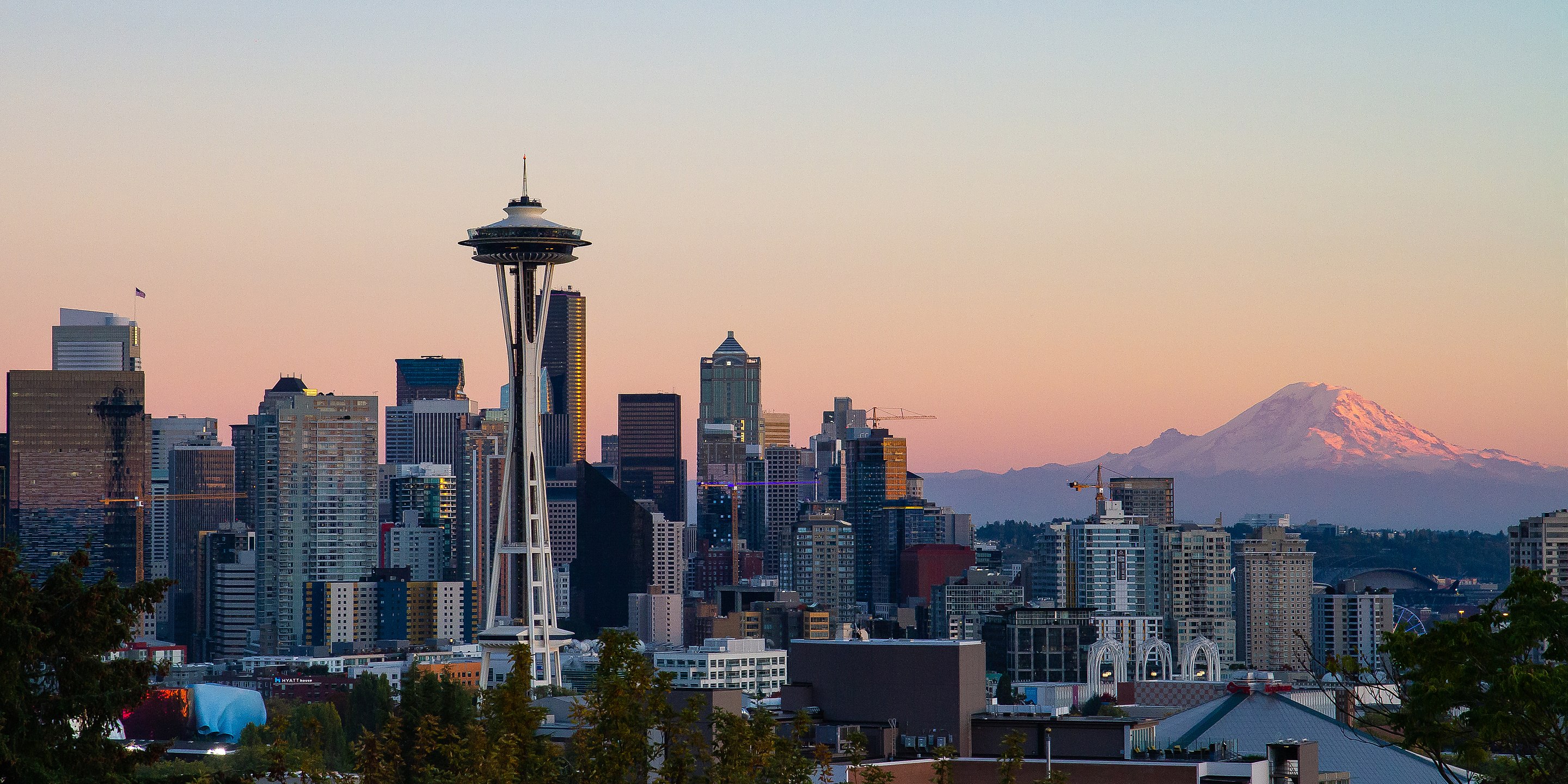 Justice Jackson replaced Justice Martin Jenkins, who resigned from the bench to serve as Governor Newsom’s judicial appointments secretary. Jenkins served on the California First District Court of Appeal from 2008-2019.