Gubernatorial and state legislative elections are taking place in five states in 2019. These elections could affect existing Republican trifectas in Kentucky and Mississippi and the Democratic trifecta in New Jersey. New trifectas could potentially form in Louisiana and Virginia.
A trifecta, which describes when one party holds the governorship, a majority in the state senate, and a majority in the state house, helps that party advance its agenda while requiring less support from members of the minority party. Nationally, Republicans hold 22 trifectas to Democrats’ 14.
Based on the number of seats which would need to be flipped to change control of each legislative chamber and on gubernatorial race ratings from political forecasters, Ballotpedia has rated the vulnerability of existing trifectas and the chances of new trifectas forming. 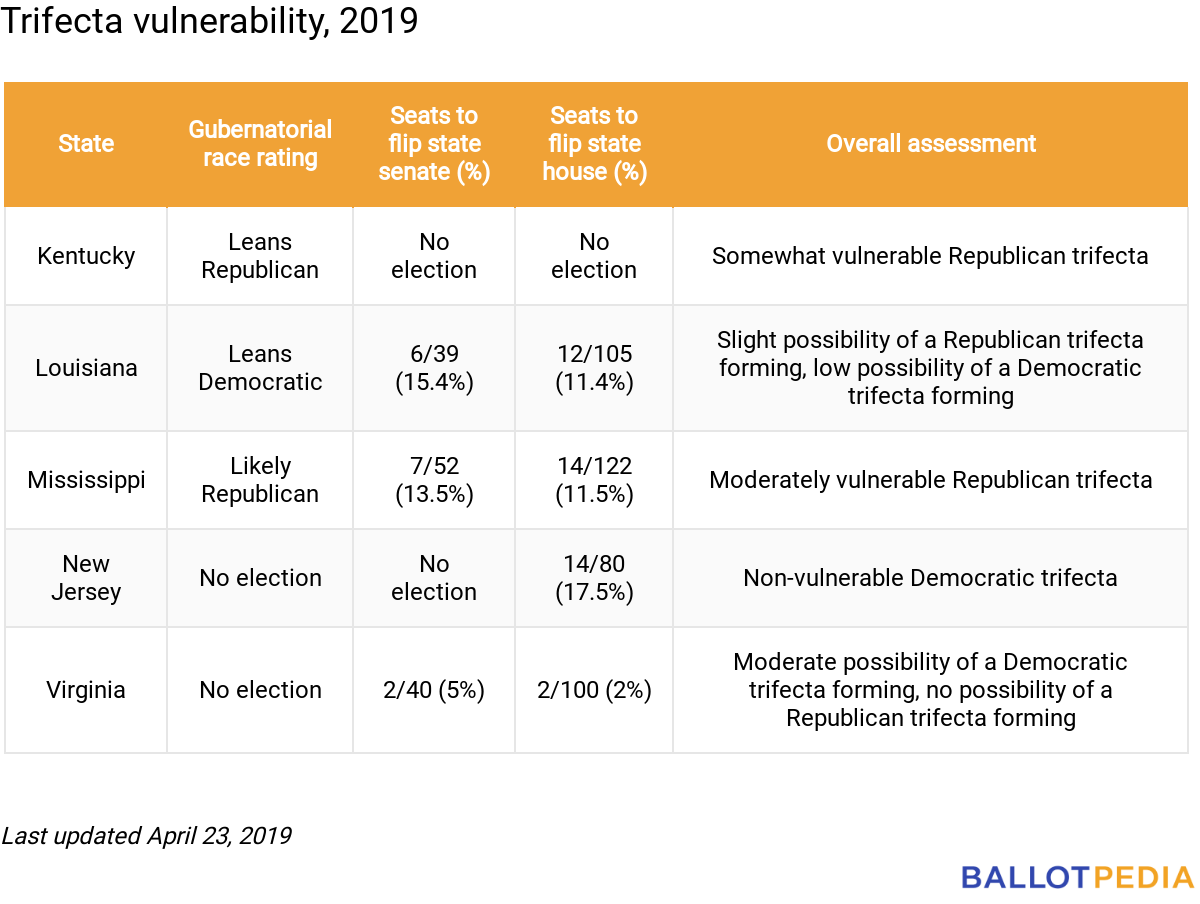