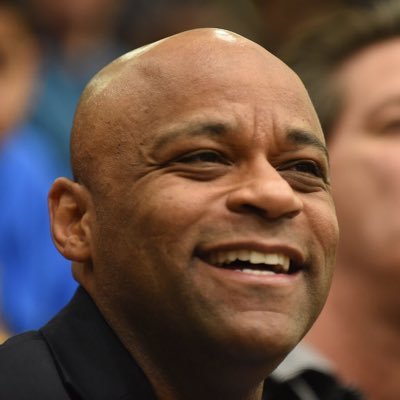 Denver Mayor Michael Hancock defeated development consultant Jamie Giellis to win a third term Tuesday. At the time of Giellis’ concession, Hancock had received 55.6% of the vote to Giellis’ 44.4%. Giellis and Hancock were the top two finishers among a six-candidate field on the May 7 general election ballot. Since neither received a majority of the vote, the two advanced to a runoff.
A central issue in the election was the city government’s response to a decade of rapid population growth and large-scale development. Hancock said that he supported the Denveright plan, which charted a path forward for Denver to continue growing at its current rate through 2040. Giellis, on the other hand, said that Denver had not taken residents’ needs into account when planning new development and said she would increase neighborhood-level control over development.
Hancock was first elected in 2011 after serving seven years on the city council. He won re-election in 2015 with just over 80% of the vote. He said that his third-term policy objectives would include establishing a municipal department of transportation and increasing the minimum wage for city employees to $15 per hour. Hancock was endorsed by The Denver Post, former mayors Wellington Webb and Bill Vidal, former Secretary of State Hillary Clinton (D), and presidential candidates Michael Bennet (D), Pete Buttigieg (D), and John Hickenlooper (D).
Giellis is a former board member of the International Downtown Association and served as president of the River North Art District before launching her campaign. She said that her masters’ degree in public administration and her experience with urban design made her more qualified to manage growth. She supported opening a municipal planning office in every neighborhood and increasing city spending on affordable housing to $1 billion over the course of the next decade. Her endorsers included former Gov. Dick Lamm (D) and general election candidates Lisa Calderón and Penfield Tate. Giellis, Calderón, and Tate received a combined 58.1% of the vote to Hancock’s 38.7% in the first round of voting.
Although the election was officially nonpartisan, both Hancock and Giellis are members of the Democratic Party.
Additional reading:
https://ballotpedia.org/Michael_B._Hancock
https://ballotpedia.org/Jamie_Giellis
https://ballotpedia.org/Mayoral_election_in_Denver,_Colorado_(May_7,_2019_general_election)