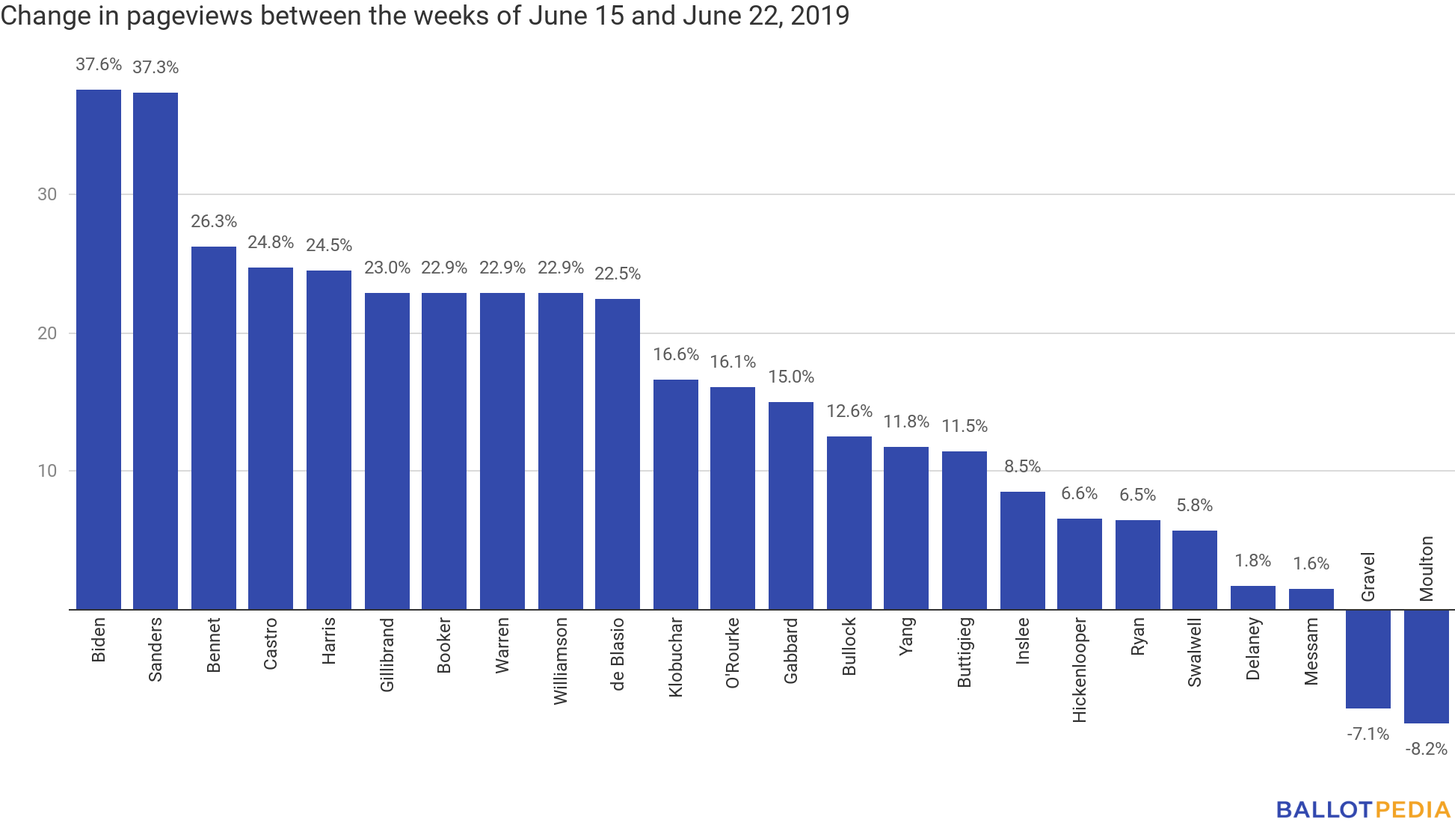 Each week, we report the number of pageviews received by 2020 presidential campaigns on Ballotpedia. These numbers show which candidates are getting our readers’ attention.
Former Vice President Joe Biden’s (D) campaign page on Ballotpedia received 4,624 pageviews for the week of June 16-22. Biden’s pageviews represented 8.4% of the pageviews for all Democratic candidates during the week. South Bend, Indiana, Mayor Pete Buttigieg (D) had 7.6% of the campaign pageviews for the week, while Sen. Elizabeth Warren (D-Mass.) had 7.0%.
Biden also had the largest increase in pageviews of all the campaigns last week, increasing 37.6% over the previous week. The only other candidates with pageview increases of 25% or greater were Sen. Bernie Sanders (I-Vt.) with a 37.3% increase and Sen. Michael Bennet (D-Colo.) with a 26.3% increase.
The top three candidates in lifetime pageviews are Buttigieg with 72,598, entrepreneur Andrew Yang (D) with 59,440, and Sen. Kamala Harris (D-Calif.) with 53,693.
On the GOP side, former Massachusetts Gov. Bill Weld had 9,895 pageviews to President Trump’s 1,706.