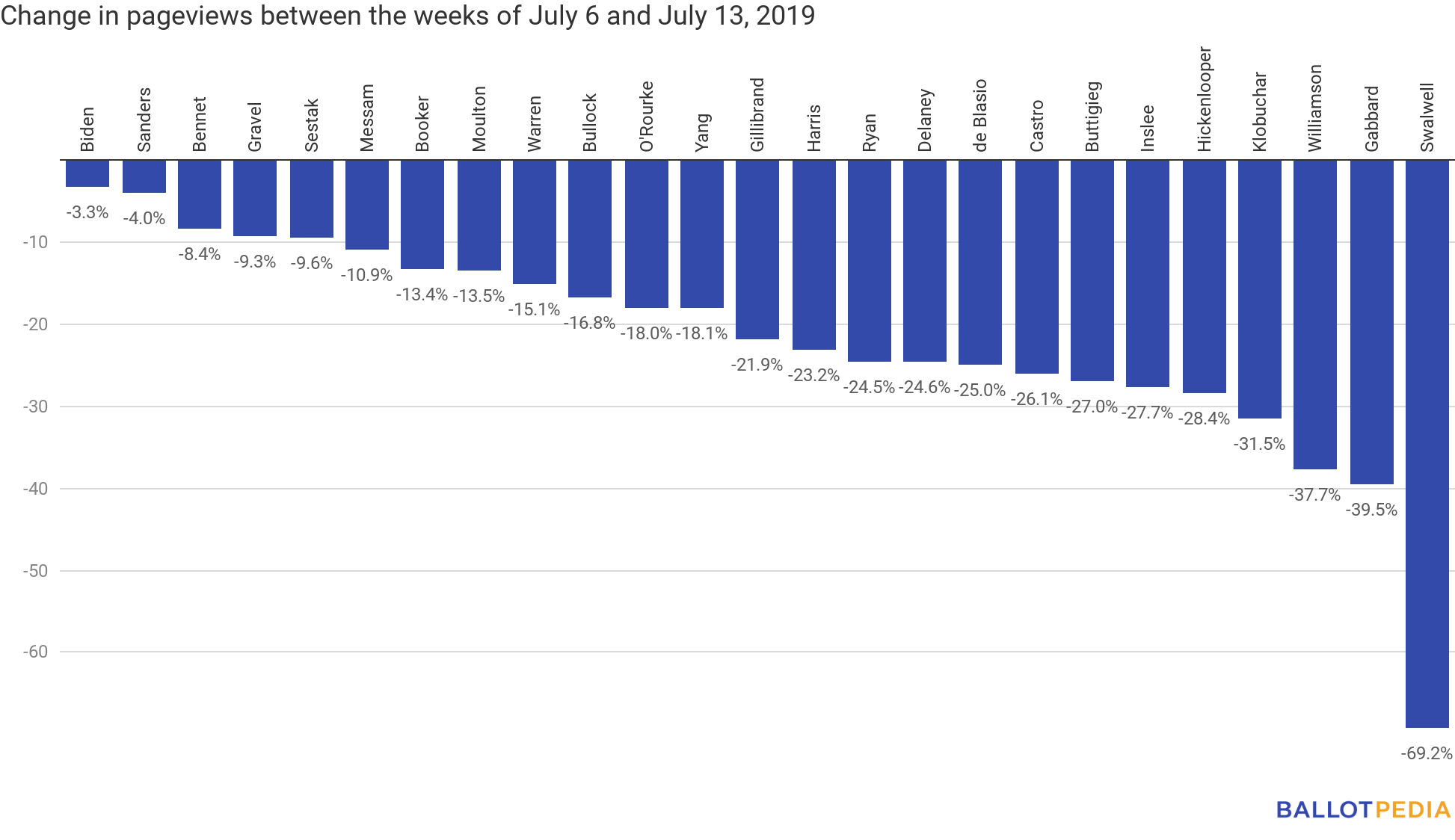 Each week, we report the number of pageviews received by 2020 presidential campaigns on Ballotpedia. These numbers show which candidates are getting our readers’ attention.
Sen. Kamala Harris’ campaign page on Ballotpedia received 3,594 pageviews for the week of July 6-13.
Harris’ pageview figure represents 8.7 percent of the pageviews for all Democratic candidates during the week.
Former Vice President Joe Biden had 7.7 percent of the candidate pageviews for the week, while Sen. Elizabeth Warren had 6.7 percent.
Every Democratic campaign’s pageviews decreased this week with former Rep. Eric Swalwell showing the steepest drop of 69.2 percent. Swalwell suspended his presidential campaign on July 8, 2019.
The top three candidates in lifetime pageviews are South Bend Mayor Pete Buttigieg with 86,772, entrepreneur Andrew Yang with 73,481, and Harris with 71,849.
On the GOP side, former Massachusetts Gov. Bill Weld had 8,945 pageviews to President Donald Trump’s 1,368.