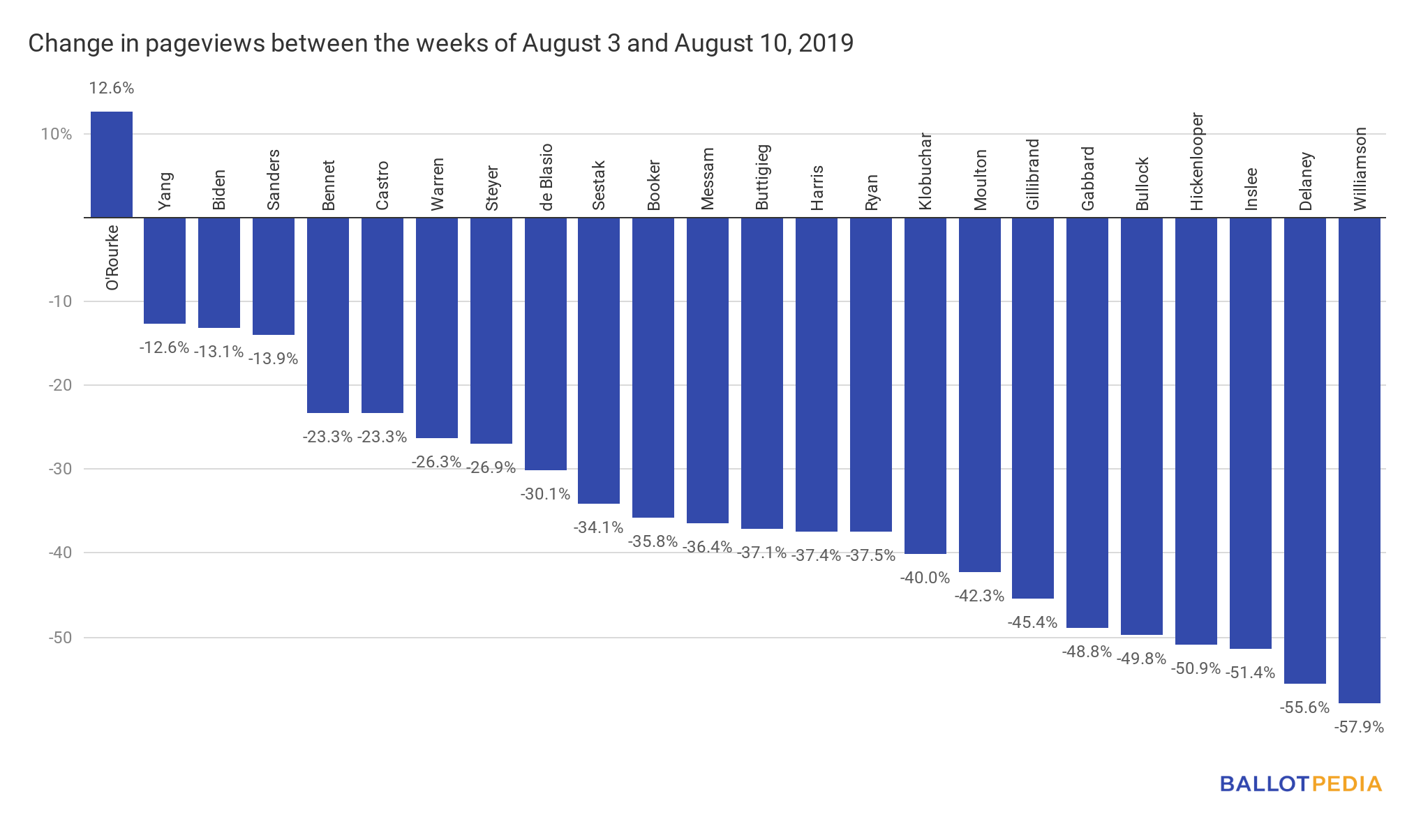 Each week, we report the number of pageviews received by 2020 presidential campaigns on Ballotpedia. These numbers show which candidates are getting our readers’ attention.
Joe Biden’s campaign page on Ballotpedia received 5,493 pageviews for the week of August 4-10. Biden’s pageview figure represents 9.0% of the pageviews for all Democratic candidates during the week. Andrew Yang had 8.8% of pageviews for the week, followed by Elizabeth Warren with 6.1%.
Every Democratic campaign other than Beto O’Rourke’s experienced a decline in pageviews of 12% or more relative to the week of July 28-August 3, when the second Democratic debate took place. Marianne Williamson, who led in pageviews that week, registered the largest week-over-week decline at 57.9%. O’Rourke’s pageviews increased by 12.6%, bringing him from 17th-most pageviews among Democrats the week of the debate to ninth-most this past week.
The leader in overall pageviews this year is Pete Buttigieg with 100,087, followed by Andrew Yang with 89,471 and Kamala Harris with 87,236.
On the GOP side, former Massachusetts Gov. Bill Weld had 17,841 pageviews to President Trump’s 1,988.