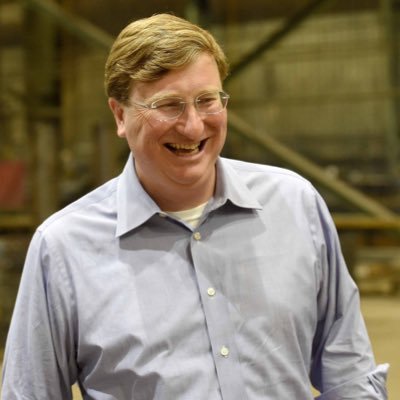 Lt. Gov. Tate Reeves (R) defeated former state Supreme Court Chief Justice Bill Waller Jr. (R) to win the Republican nomination for governor of Mississippi in Tuesday’s runoff election. As of 9 p.m. Central time on August 27, Reeves had received 55.5% of the vote to Waller’s 44.5% with 66% of precincts reporting.
The runoff was triggered after neither candidate won a majority of the vote in the August 6 primary; Reeves received 48.9% of the vote to Waller’s 33.4%. The only other candidate was state Rep. Robert Foster (R), who endorsed Waller ahead of the runoff. Foster and Waller received a combined 51.1% of the vote. Reeves had been endorsed by term-limited incumbent Phil Bryant (R) and was endorsed by former Gov. Haley Barbour (R) the week before the runoff.
Reeves, who is in his second term as lieutenant governor after serving two terms as state treasurer, said that his experience in state government would make him an effective chief executive. He said that he was the more conservative of the two and criticized Waller for supporting Medicaid expansion and an increase in the state gas tax.
Waller said that he would win more support from Democratic and independent voters than Reeves would in the general election. He criticized the tone of Reeves’ campaign, saying that Reeves was more focused on attacking him than on proposing policies to address the problems Mississippi faces.
Reeves will face Attorney General Jim Hood (D) in the November 5 general election. In order to win election as governor of Mississippi, a candidate must win the statewide vote and carry a majority of the 122 state House districts. If no candidate does both, the state House decides the winner. A victory for Reeves would preserve Mississippi’s Republican trifecta while a victory for Hood would break it. No Democratic candidate has won election as governor of Mississippi since Ronnie Musgrove (D) in 1999.
Additional reading:
https://ballotpedia.org/Mississippi_gubernatorial_election,_2019_(August_6_Republican_primary)
https://ballotpedia.org/Mississippi_gubernatorial_election,_2019
https://ballotpedia.org/Tate_Reeves
https://ballotpedia.org/William_Waller