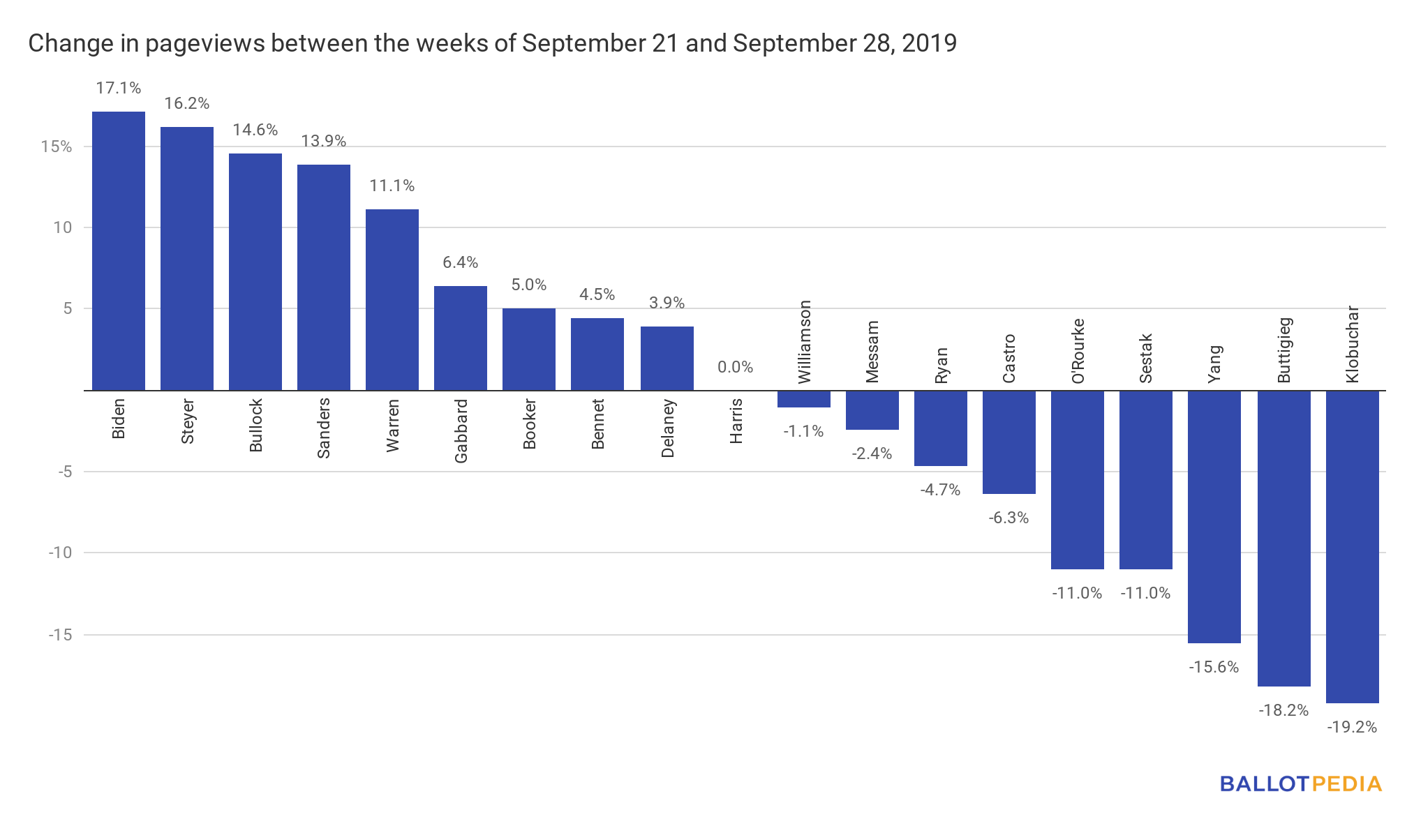 Each week, we report the number of pageviews received by 2020 presidential campaigns on Ballotpedia. These numbers show which candidates are getting our readers’ attention.
Elizabeth Warren’s campaign page on Ballotpedia received 3,975 views for the week of September 22-28. Warren’s pageview figure represents 11.1% of the pageviews for all Democratic candidates during the week. Joe Biden had 10.7% of the pageviews for the week, followed by Andrew Yang with 9.9%. This is Warren’s first time leading Democratic candidates in Ballotpedia pageviews since February.
Of the 19 noteworthy Democratic candidates, nine received more pageviews last week than the week before and nine received fewer. Kamala Harris received the same number of pageviews (2,369) in each week. The campaigns with the three largest week-over-week increases were Joe Biden (17.1%), Tom Steyer (16.2%), and Steve Bullock (14.6%).
Yang remains the leader in overall pageviews this year with 121,834. He is followed by Pete Buttigieg with 118,499 and Kamala Harris with 107,579.
On the GOP side, Joe Walsh led with 5,339 pageviews, followed by Bill Weld with 4,956.