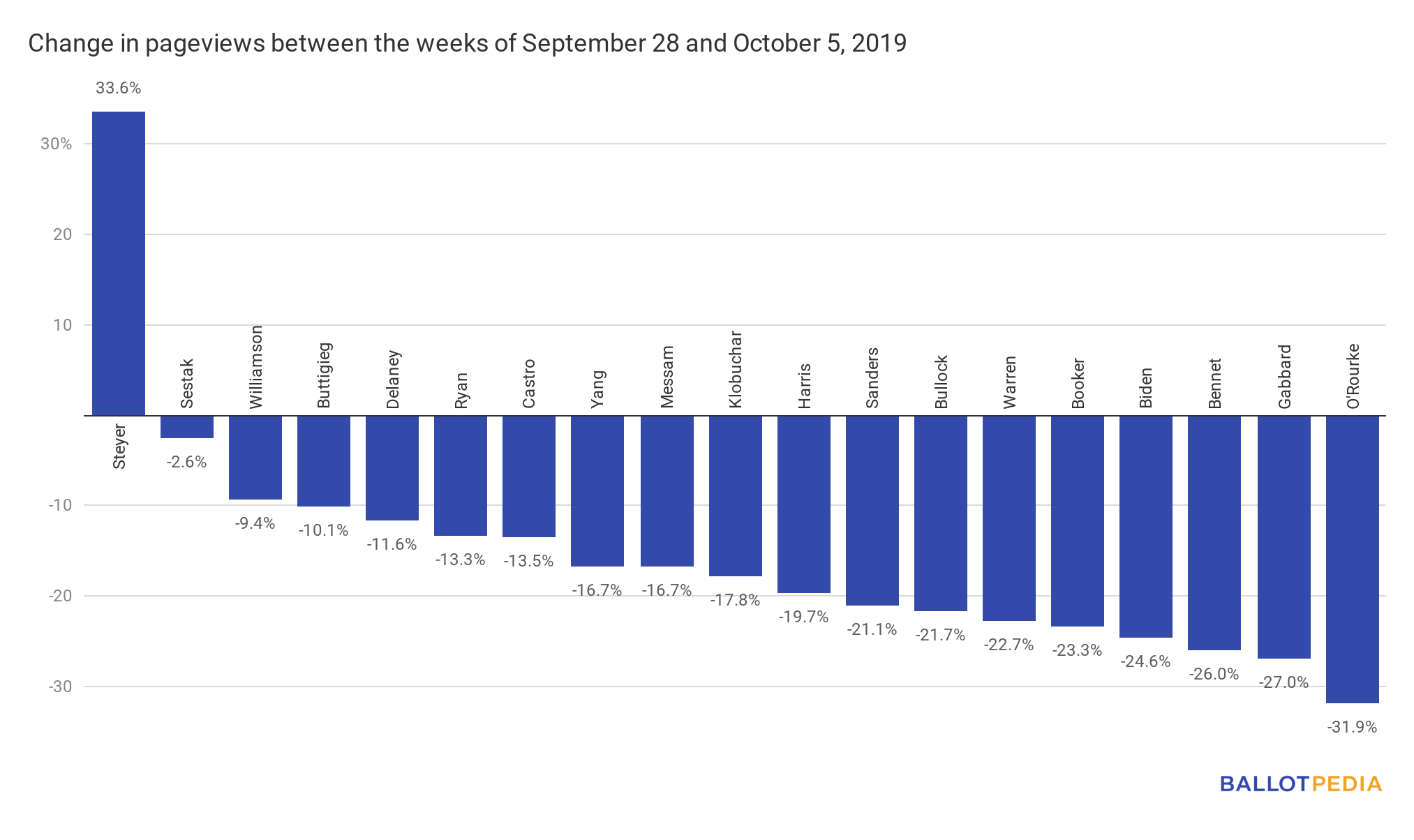 Each week, we report the number of pageviews received by 2020 presidential campaigns on Ballotpedia. These numbers show which candidates are getting our readers’ attention.
Elizabeth Warren’s campaign page on Ballotpedia received 3,071 views for the week of September 29-October 5. Warren’s pageview figure represents 10.5% of the pageviews for all Democratic candidates during the week. Andrew Yang had 10.1% of the pageviews for the week, followed by Joe Biden with 9.8%.
The only Democratic candidate to receive more pageviews last week than the week before was Tom Steyer, whose pageviews increased by 33.6%.
Andrew Yang remains the leader in overall pageviews this year with 124,790. He is followed by Pete Buttigieg with 120,289 and Kamala Harris with 109,481. Joe Biden was ranked fourth with 108,884 pageviews. Elizabeth Warren had 102,660 overall pageviews as of October 5, making her the fifth Democratic candidate to receive 100,000 pageviews this year.