Kentucky Gov. Matt Bevin (R) state Attorney General Andy Beshear (D), and John Hicks (L) ran in Kentucky’s gubernatorial election. With 100 percent of precincts reporting at midnight EST, Beshear had received 49.2% of the vote, Bevin 48.9%, and Hicks 2.0%, though the race was too close to call.
According to election night returns, Beshear won 23 counties and Bevin won 97. Beshear’s 23 counties won were the most by a Democratic gubernatorial candidate since his father Steve Beshear (D) won in 2011.
Beshear won 21 counties that President Donald Trump (R) won in the 2016 presidential election.
Seventeen counties were won by a different party this cycle than they were won by in the 2015 gubernatorial election. Thirteen of those counties flipped from Bevin (R) in 2015 to Beshear (D) in 2019. The other four counties flipped from Jack Conway (D) in 2015 to Bevin (R) in 2019. 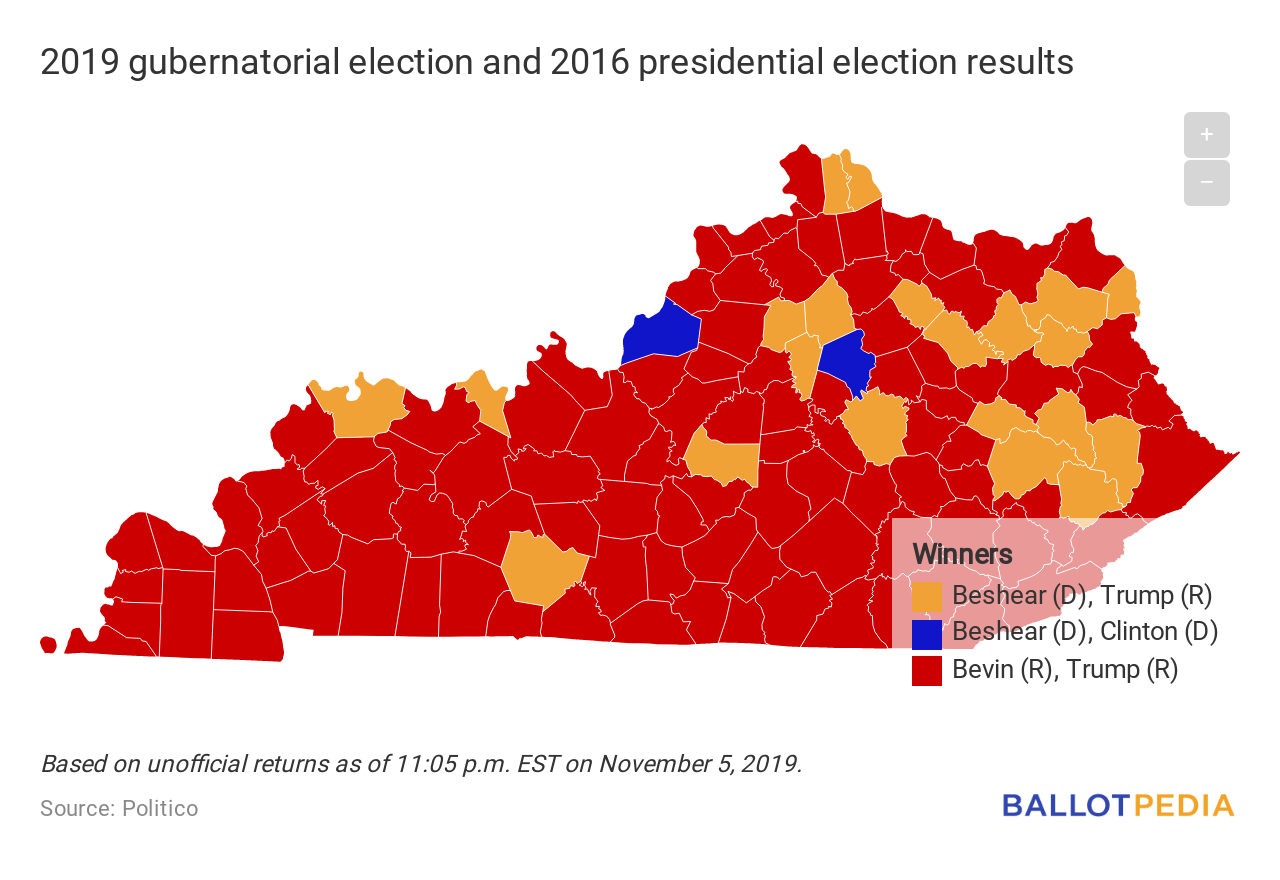