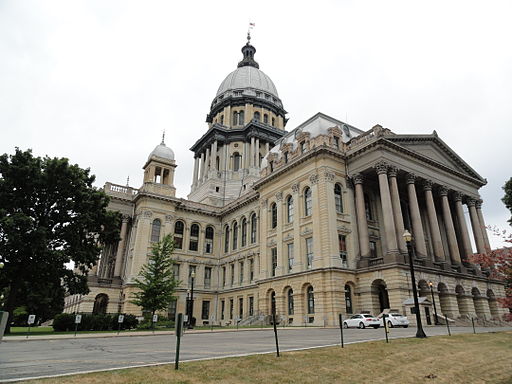 The ballot access deadline for established party candidates in Illinois is December 2, 2019. The state’s primary is scheduled for March 17, 2020, and the general election is November 3, 2020. Offices on the ballot include U.S. Senate, all 18 U.S. House seats, 20 of the 59 state Senate seats, all 118 state House seats, four state Supreme Court seats, 10 intermediate appellate court seats, and local offices.
According to the Cook County Clerk’s office, an established political party is a party “which at the last election received more than 5% of the entire vote cast in the district or political subdivision.”
Other Illinois statewide ballot access deadlines for the November general election are scheduled in 2020. Judges with seats up for retention election must file a Declaration of Judicial Candidacy by May 3, 2020. Independent and new party candidates for regular election have a filing deadline on June 22. Additionally, write-in candidates must file their intent 61 days before an election, meaning they have until January 16 to file their intent for the primary and until September 3 for the general.
The Illinois filing deadline is the third statewide filing deadline for the 2020 general elections. It was preceded by Alabama on November 8 and by Arkansas on November 12. The next statewide filing deadline is in California on December 6.
Additional reading:
https://ballotpedia.org/Ballot_access_requirements_for_political_candidates_in_Illinois
https://ballotpedia.org/Ballot_and_voter_access_elections_calendar
https://ballotpedia.org/Signature_requirements_and_deadlines_for_2020_state_government_elections