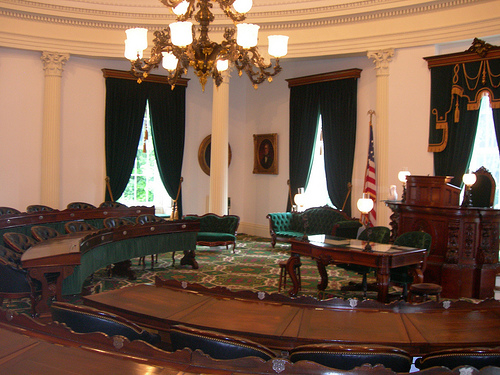 Legislators elected in Virginia’s 2019 elections were sworn into office on Wednesday, January 8. As a result, Democrats now have control of both chambers of the legislature and, alongside Gov. Ralph Northam (D), a Democratic state government trifecta.

A state government trifecta is a term to describe when one political party controls both chambers of the legislature and the governor’s office.

Democrats gained a 21-19 majority in the state Senate, compared to a 21-19 Republican majority before the fall elections. The majority caucus is now led by Dick Saslaw (D) and the minority caucus by Thomas Norment Jr. (R).

Trifecta status was at stake in five states that held elections in November 2019. At the time of the elections, Republicans held trifectas in Kentucky and Mississippi. Democrats had a trifecta in New Jersey. Louisiana and Virginia both had divided governments, with Republicans controlling the legislature and Democrats the governorship. Republicans in Kentucky lost their trifecta when Andy Beshear (D) defeated Matt Bevin (R) in the gubernatorial election. Democrats in Virginia gained a trifecta with their victories in the state legislature.

There are currently 36 trifectas: 15 Democratic and 21 Republican. The remaining 13 states are under divided government—having no trifecta for either major party. In 2020, there will be 86 state legislative chambers holding elections and 11 states with gubernatorial elections.