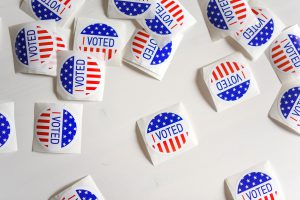 Five states are scheduled to hold statewide primaries on March 3, 2020: Alabama, Arkansas, California, North Carolina, and Texas. Arkansas’ congressional primaries were canceled for each of five seats after one or fewer Democratic or Republican party candidates filed for the primary. The remaining four states have 149 primaries on the ballot for a combined 113 seats up for election in 2020 (118 across all states, including Arkansas). California’s 25th Congressional District is up for regular and special election, and is counted twice in both figures.

In 12 congressional districts across the five states, both the Democratic and Republican party primaries were canceled, meaning only 106 congressional seats will appear on the March 3 ballot. About 18% of the possible 182 primaries were canceled due to lack of opposition; 149 primaries made the ballot either because they are competitive or because the state does not cancel unopposed races. Of these, 47 are Republican primaries, 48 are Democratic primaries, and 54 are top-two primaries.