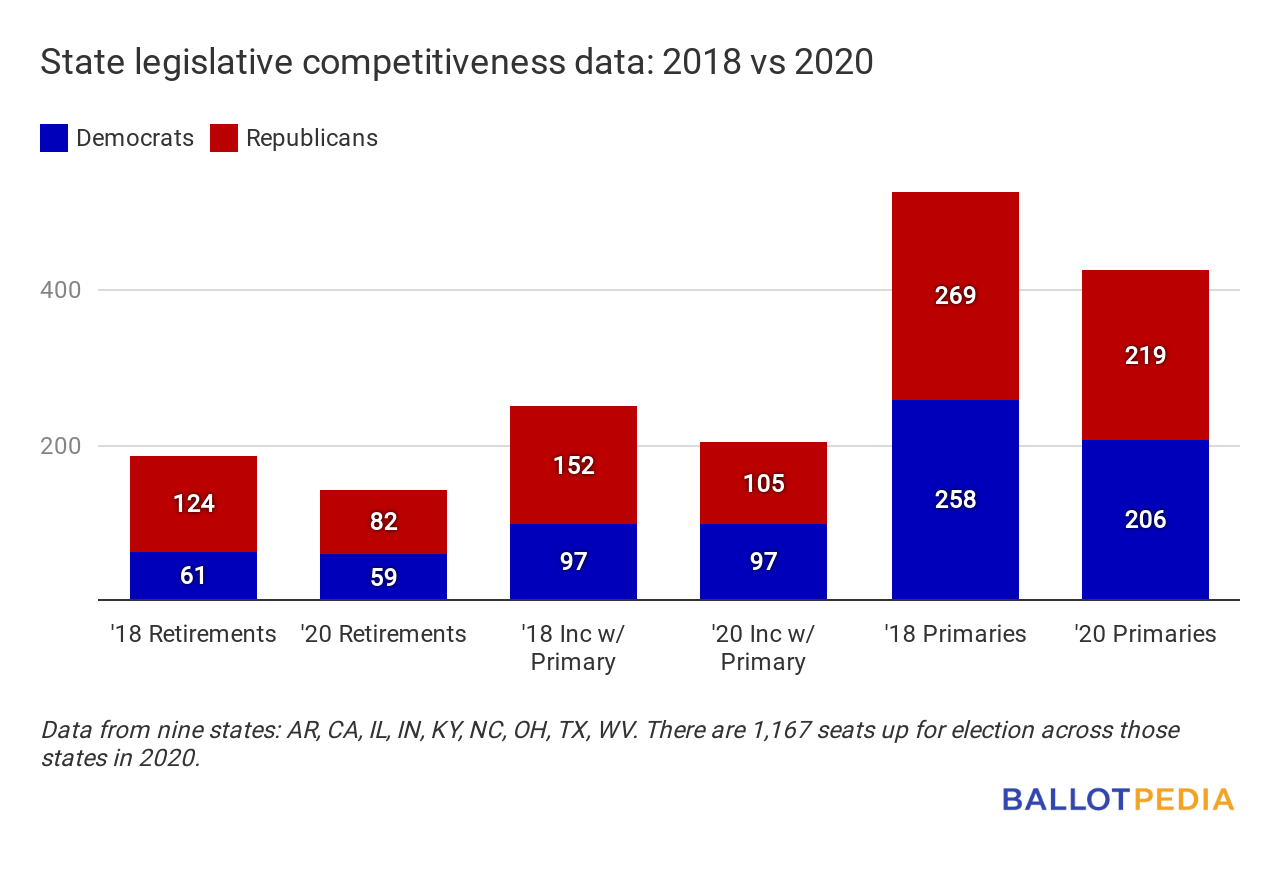 Eighty-six of the country’s 99 state legislative chambers are holding legislative elections in 2020. There is a Republican majority in 61 chambers, a Democratic majority in 37 chambers, and a power-sharing agreement between the parties as part of a coalition in the Alaska House of Representatives.