Every week, we compile the latest numbers on state legislative candidates across the country. As of May 12, 2020, we’ve collected post-filing deadline data in 28 states. In 2020, 3,491 state legislative seats are up for regular election in those states, compared to 3,465 in 2018. 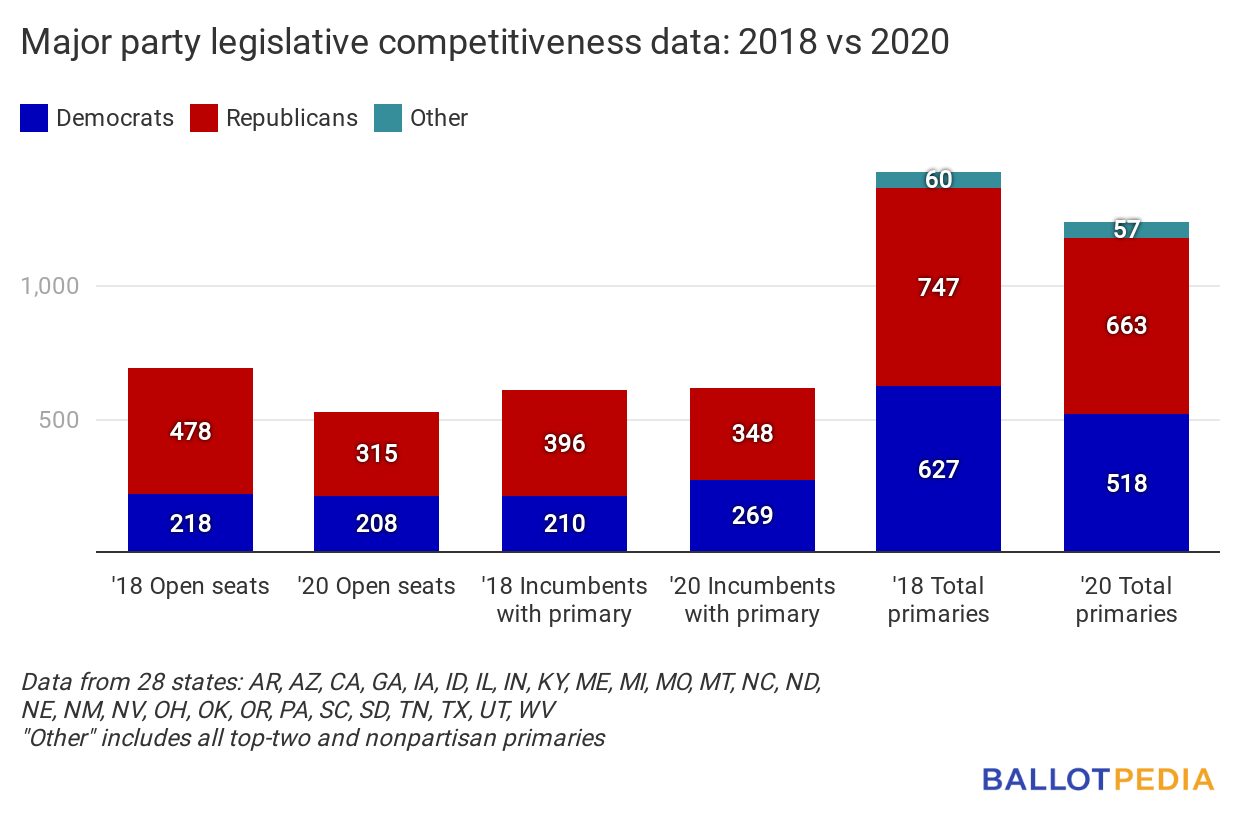 Overall, there are fewer contested state legislative primaries in 2020 than in 2018, with 1,240 and 1,434, respectively. These totals include all competitive top-two and nonpartisan primaries. 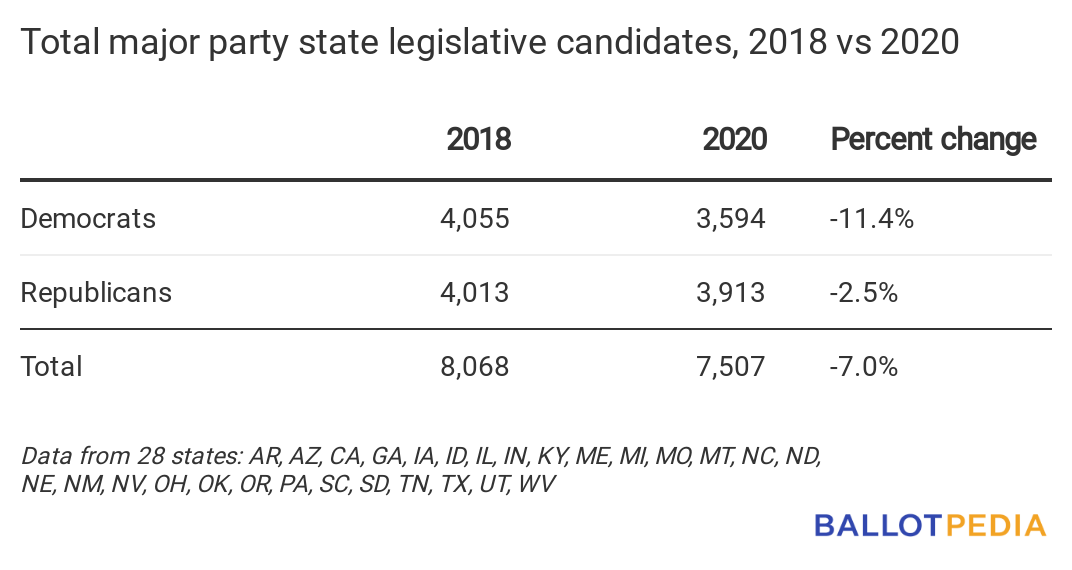