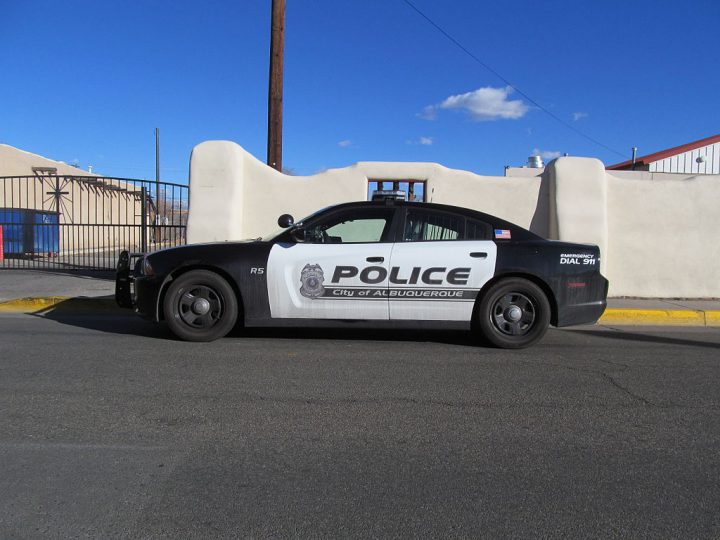 New Mexico law considers aggravated fleeing a fourth-degree felony. The law describes aggravated fleeing as “a person willfully and carelessly driving his vehicle in a manner that endangers the life of another person after being given a visual or audible signal to stop, whether by hand, voice, emergency light, flashing light, siren or other signal, by a uniformed law enforcement officer in an appropriately marked law enforcement vehicle.”

The court ruled that a district court properly dismissed a charge against a man in San Juan County because the pursuing sheriff’s deputy was driving an SUV with lights behind the grille of the vehicle, but no decals, insignias, or lettering to indicate it was a law enforcement vehicle.

Justice Michael Vigil, who wrote the majority opinion, ruled that a police vehicle must be marked by “decals or other prominent and visible insignia identifying it as such.” Vigil also wrote, “Reiterating the definition of ‘mark’ as that which provides identification, we cannot conclude that lights or a siren are unique in identifying a police officer’s vehicle where emergency vehicles, tow trucks, and even civilian vehicles may be equipped with these same signaling devices.”

In a second case, the court agreed with the Court of Appeals that a man’s conviction should be reversed because the pursuing sheriff’s deputy was wearing civilian clothing rather than a uniform. The sheriff’s deputy was wearing a badge displayed on his shirt pocket and driving an unmarked SUV because he was working as an investigator for the sheriff’s office. Justice Vigil wrote that he must look at the “plain meaning” of the word uniform to rule in the case. He wrote, “while a police officer’s badge is a distinctive accessory that identifies a police officer, it is not, standing alone, a uniform.”

In a dissenting opinion, Chief Justice Judith K. Nakamura wrote that the ruling “has the pernicious effect of permitting some offenders who knowingly disobey officer commands and then flee in a manner that endangers the public to avoid criminal punishment simply because an officer’s uniform and/or vehicle were not sufficiently distinctive.”