Judge John J. Tuchi of the U.S. District Court for the District of Arizona on January 6, 2023, rejected a challenge from a coalition of states and held that President Joe Biden (D) did not exceed his authority when he issued an executive order directing the U.S. Department of Labor (DOL) to promulgate regulations increasing in the minimum wage for federal contractors.

President Biden issued Executive Order (EO) 14026 in April 2021 requiring the DOL to issue regulations increasing the minimum wage for federal contractors to $15 an hour. Five states (Arizona, Indiana, Idaho, Nebraska, and South Carolina) in February 2022 challenged the executive order in the U.S. District Court for the District of Arizona, arguing in part that the executive order violated the clear notice requirement of the U.S. Constitution’s spending clause because states were not fully aware of the new contracting conditions under the order; that the order exceeded the president’s authority under the Federal Property and Administrative Services Act of 1949 (FPASA); and that the FPASA unconstitutionally delegates congressional authority to the president in violation of the nondelegation doctrine.

Judge Tuchi ruled in part that the executive order, in his view, did not violate the U.S. Constitution’s spending clause because the clause is not applicable to federal contracts; that the order did not exceed the president’s statutory authority under the FPASA because the order speaks to the FPASA’s federal contracting goals; and that the FPASA does not violate the nondelegation doctrine because it provides the president with an intelligible principle to guide executive action.

“As this Court and others have recognized, the FPASA’s grant of presidential authority is broad, but it is not unqualified,” Judge Tuchi wrote in the opinion. “The Court finds there is a sufficiently close nexus between EO 14026 and the Final Rule and the FPASA’s goals of economy and efficiency in federal contracting. Here, the president has rationally determined that increasing the minimum wages of contractors’ employees will lead to improvements in their productivity and the quality of their work, and thereby benefit the government’s contracting operation.”

The states can appeal the case to the United States Court of Appeals for the Ninth Circuit, but no appeal had been filed as of January 12, 2023.

The U.S. Department of Health and Human Services (HHS) declared the COVID-19 federal PHE on January 27, 2020. The PHE must be renewed every 90 days to stay in effect. It was most recently renewed on October 13, 2022, and will expire on January 11, 2023, if it is not renewed again. States, as of January 4, 2023, had not received notice that HHS plans to lift the PHE, indicating that the agency plans to renew the order, according to Georgetown University Health Policy Institute.

Governor Cox’s letter asks President Biden to allow the federal PHE to expire in April 2023 after its January 2023 renewal to “provide states with much needed certainty well in advance of its expiration.” Cox argued that the federal PHE was negatively affecting the states by requiring them to cover expanded populations under Medicaid: “The PHE is negatively affecting states, primarily by artificially growing our population covered under Medicaid (both traditional and expanded populations), regardless of whether individuals continue to be eligible under the program.” During the federal PHE states cannot remove people from Medicare benefits who have changed status and are now ineligible.

President Biden had not responded to Gov. Cox’s letter as of January 3, 2023.

In addition to recording the lowest average partisan confidence score for justices, the direct legislative appointment method produced a court balance score of 3.7. The court balance score recorded for direct legislative appointment was the fifth-highest across the eight selection methods. We arrived at a court balance score by finding the average of partisan confidence scores while accounting for the differences between Democrats and Republicans, whereas the average score, also referred to as the pure partisanship score, is the average of all scores without regard to the differences between Democrats and Republicans. 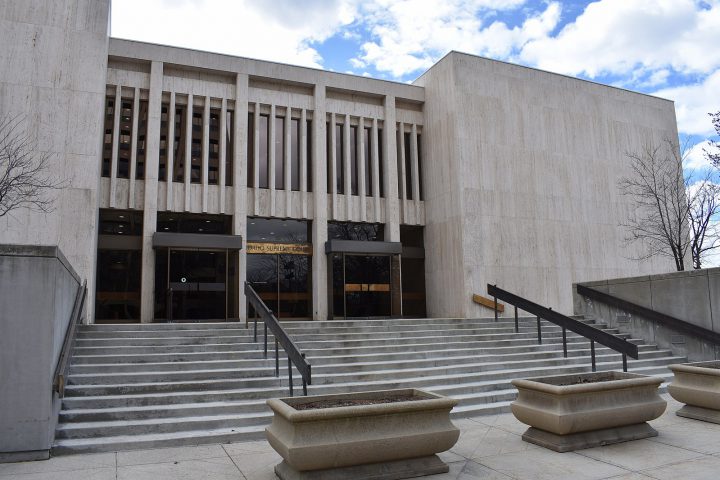 In New Hampshire, the governor makes nominations to the state supreme court and those nominees are then subject to the approval of the Executive Council. In order for the nominee to become a justice on the court, a majority of the members of the council must vote to approve them.

Sununu appointed MacDonald to the State Supreme Court in 2019, but the Executive Council rejected MacDonald’s nomination. Councilman Andru Volinksy (D) stated, “Mr. MacDonald has worked for and supported highly partisan politicians with shockingly extreme views.” After MacDonald was rejected, Sununu left the seat vacant throughout 2020. Sununu said, “If someone of Gordon MacDonald’s character and background is going to be dragged through the mud like this, why would I dare do it to anybody else?”

The partisan makeup of two of the country’s most politically divided state supreme courts changed as a result of the 2020 elections, according to a Ballotpedia ranking of states by supreme court partisanship.

As part of the Ballotpedia Courts: State Partisanship study, Ballotpedia assigned each state supreme court justice a partisan confidence score based on factors including the justice’s history of political contributions and personal political party membership. Each individual justice’s confidence score was considered when assessing how divided a particular state’s supreme court was.

The states with the least homogeneous supreme courts—in other words, with the most partisan differences among justices—were Michigan, Illinois, New Jersey, Tennessee, and Vermont.

The 2020 election changed the composition of both the Illinois and Michigan state supreme courts.

In Michigan, Justice Stephen Markman (R) had to retire due to the state’s mandatory retirement age and Chief Justice Bridget Mary McCormack (D) ran for reelection. Justice Markman was one of the four justices in the majority who recorded Republican Confidence Scores according to our study. Elizabeth Welch, who was one of the state Democratic Party’s two nominees, was the second-highest vote-getter and will take Markman’s seat. Justice McCormack was the highest vote-getter and will retain her seat on the court. As a result of this election, the Michigan Supreme Court went from a 4-3 majority of Republican-leaning justices to a 4-3 majority of Democratic-leaning justices.

In Illinois, Justice Thomas Kilbride (D) stood for retention election, where voters choose “yes” or “no” to retain a justice on the court. In Illinois, a justice must win at least 60% of the vote in order to win retention. Justice Kilbride received 56% of the vote and will vacate the seat as a result. In the interim, the Illinois Supreme Court will choose a justice to fill the vacancy of Kilbride’s seat for 2021. There will be an election to choose a justice to permanently fill Kilbride’s seat in 2022.

Seven states hold partisan elections for state supreme court justices, but almost all justices on the state courts have some degree of partisan involvement. Our study tracks various data points indicating each justice’s partisan political involvement leading up to his or her selection to the state’s court of last resort.

Our data shows that in the first four years of George W. Bush’s (R) presidency, the average partisan Confidence Score (our level of confidence in a justice’s partisan affiliation) of justices across the United States was 1.2, a Republican-leaning average. In the last four years of Bush’s presidency, the average score was a -0.6, a Democratic-leaning average.

Although there was an increase in justices with Democratic scores following Barack Obama’s election, it was followed by an even greater increase in Republican scores leading up to Donald Trump’s election and throughout his presidential term.

Confidence in partisanship of justices has increased in recent years

Each state has at least one supreme court, or court of last resort. Oklahoma and Texas each have two such courts, one for civil appeals and one for criminal appeals. Ballotpedia Courts: State Partisanship—a culmination of eight months of research and compilation of raw data—supplies Partisan Confidence Scores for 341 active state supreme court justices on all 52 courts of last resort.

We gathered a variety of data on each justice and, based on that data, placed each justice into one of five categories indicating our confidence in their affiliations with either the Democratic or Republican Parties.

The study does not specifically describe the partisan affiliation of judges. We call our scores Confidence Scores because we believe they provide insight into the degree of confidence we have in each justice’s political leanings because of their previous partisan activity.

Here are some of the key findings from the study: 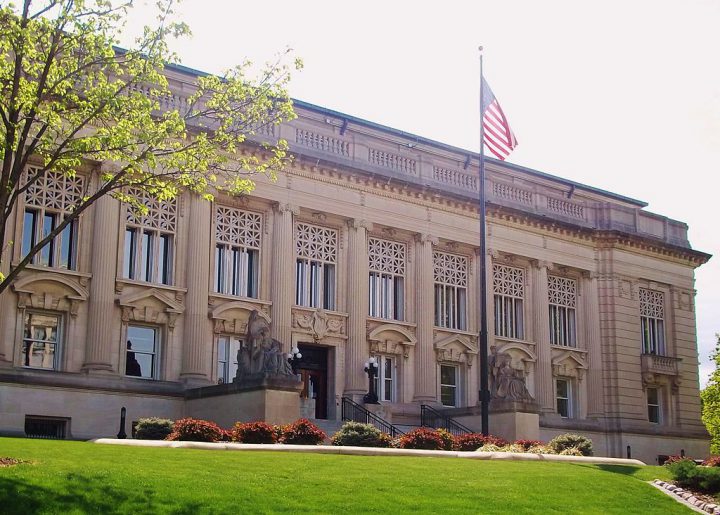 On October 22, 2020, the Illinois Supreme Court decided Goral v. Dart, a case on police officers’ right to due process to claim backpay.

The case concerned a decision regarding the legitimacy of Cook County Sheriff Tom Dart’s Merit Board. The Illinois Supreme Court upheld an appellate court’s decision which determined that officers suspended without pay could sue the sheriff’s office over the legitimacy of the merit board’s determination that those officers would be suspended without pay. The decision allows the officers to resume their case in circuit court where they may seek repayment for lost wages during their suspensions.

Attorneys Chris Cooper and Cass Casper, attorneys for the suspended police officers, said “Today Tom Dart is being told in crystal clear language that the officers are entitled to due process and entitled to their backpay.”

The election on November 3, 2020, will decide three seats on the Illinois Supreme Court: