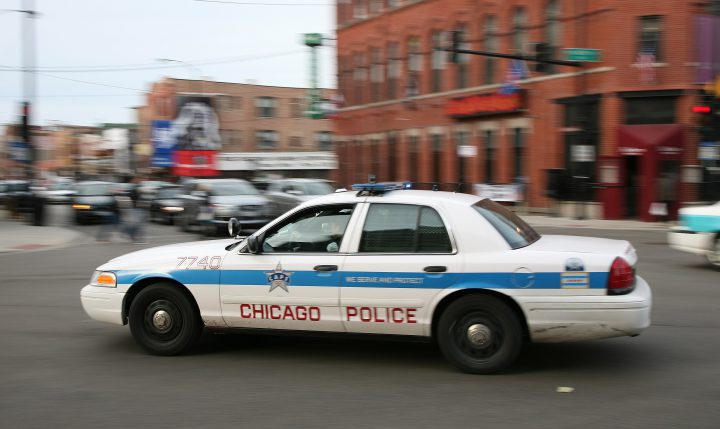 Two recently elected mayors of major midwestern metropolises are facing similar challenges in reaction to the killing of Minneapolis resident George Floyd by city police last month. Like many big American cities, large demonstrations have occurred in both Minneapolis and Chicago to protest both the death of Floyd specifically and the behavior of police in general.

Ballotpedia’s coverage of the recent mayoral elections in Minneapolis (2017) and Chicago (2019) reveal policing policy was an important issue for candidates in both races, and in particular, the two new mayors elected: Jacob Frey in Minneapolis and Lori Lightfoot in Chicago.

Here’s a look at the campaign issues in the most recent mayoral elections in Minneapolis and Chicago.

In the 2017 Minneapolis race, Frey (then a city councilman) defeated incumbent Mayor Betsy Hodges and 13 other candidates after securing a majority on the fifth round of tabulations in the city’s ranked-choice voting system. “Policing and public safety were top issues,” of the race because of several high-profile officer-involved shootings in the city proper and surrounding suburbs. This included the July 2016 shooting death of Philando Castile by police in nearby St. Anthony, the November 2015 shooting of Jamar Clark by Minneapolis police after they mistakenly believed he had assaulted a girlfriend, and the July 2017 shooting of Justine Damond by a Minneapolis officer after Damond called police to report a potential sexual assault.

The shooting of Damond occurred one month before candidates filed to run for mayor and helped elevate Minneapolis’ policing culture and Hodges’ policing policies to major issues during the campaign.

Police body-worn cameras were one subject of debate in the campaign. Following her 2013 election, Mayor Hodges had implemented a camera system. But, while the officers responding to Justine Damond’s call had been wearing body cameras, neither of them had their cameras switched on when the shooting occurred.

After the Damond shooting, Hodges requested and received the resignation of Police Chief Janeé Harteau. Hodges nominated then-Assistant Chief Medaria Arradondo to become the city’s first African American police chief. Whether or not to ratify Hodges’ judgment by keeping Arradondo in the position was also a campaign issue.

Another issue was Hodges’ handling of the Jamar Clark shooting, which prompted criticism from different directions.

The police union chief said Hodges and then-Police Chief Harteau did not support the officers involved in the Clark shooting: “Someone has to stand up for the officer.”

But some believed Hodges had been too lenient. The local NAACP president, Nekima Levy-Pounds, led protests over the city’s handling of the Clark shooting, stating that, “Everybody who stood with Mayor Hodges is not part of the solution. They’re part of the problem!” Levy-Pounds was one of 14 candidates who ran against Hodges for mayor in 2017.

The five most successful candidates in the opening round of Minneapolis’s ranked-choice voting system, and the policing policies they campaigned on, were as follows:

Crime and policing in Chicago influenced the 2019 mayoral race in two ways.

First, the city endured a spike in violent crime during the final years of Mayor Rahm Emanuel’s administration with 762 murders occurring in 2016, the largest number of homicides in nearly 20 years. As part of his response, Emanuel launched a plan to add 1,000 officers to the police department. (Emanuel announced in September 2018 that he would not seek re-election).

Second, beginning in December 2015 the U.S. Department of Justice (DOJ) began an investigation of the Chicago Police Department (CPD) that resulted in a 2017 report stating officers had engaged “in a pattern or practice of using force, including deadly force, that is unreasonable.” This report recommended the city agree to a consent decree—a plan supervised by a federal judge. The decree began in March 2019, during Emanuel’s final months in office.

The nonpartisan general election for mayor on February 26, 2019, included 14 candidates. The top two vote-getters advanced to a runoff election: Lori Lightfoot (D), a recent president of the Chicago Police Board and co-chair of the city’s Police Accountability Task Force, received 17.5 percent of the initial vote; and Toni Preckwinkle (D), president of the Cook County Board of Commissioners, received 16 percent. In the April 2, 2019, runoff election between the two women, Lightfoot won with 73.7 percent.

The two top candidates had similar platforms on policing issues.

Both touted the necessity of the consent decree, their eagerness to implement it, and each claimed to have superior professional experience for getting that job done:

Each of their platforms implied a recognition of the need for police:

The Ballotpedia account provides no evidence that either candidate opposed Emanuel’s effort to hire 1,000 additional officers, or that they proposed reducing the number of officers or police department funding.

Ballotpedia is providing coverage of every major mayoral election occurring during the 2020 election, as well as all other major federal and state races. Click the “learn more” button for more information on 2020 mayoral elections.