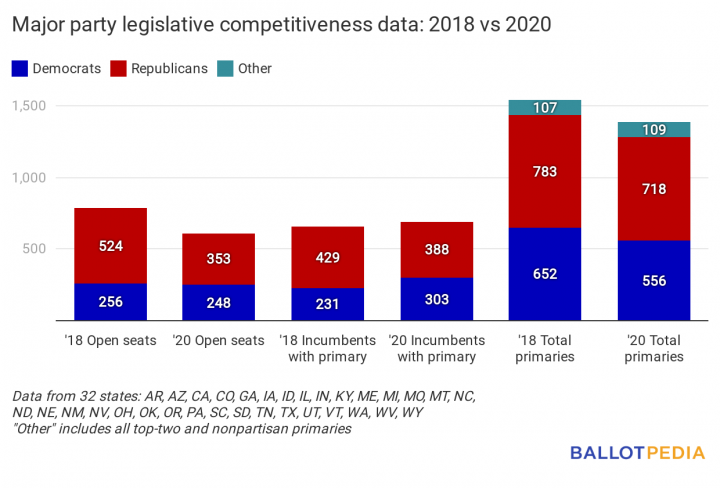 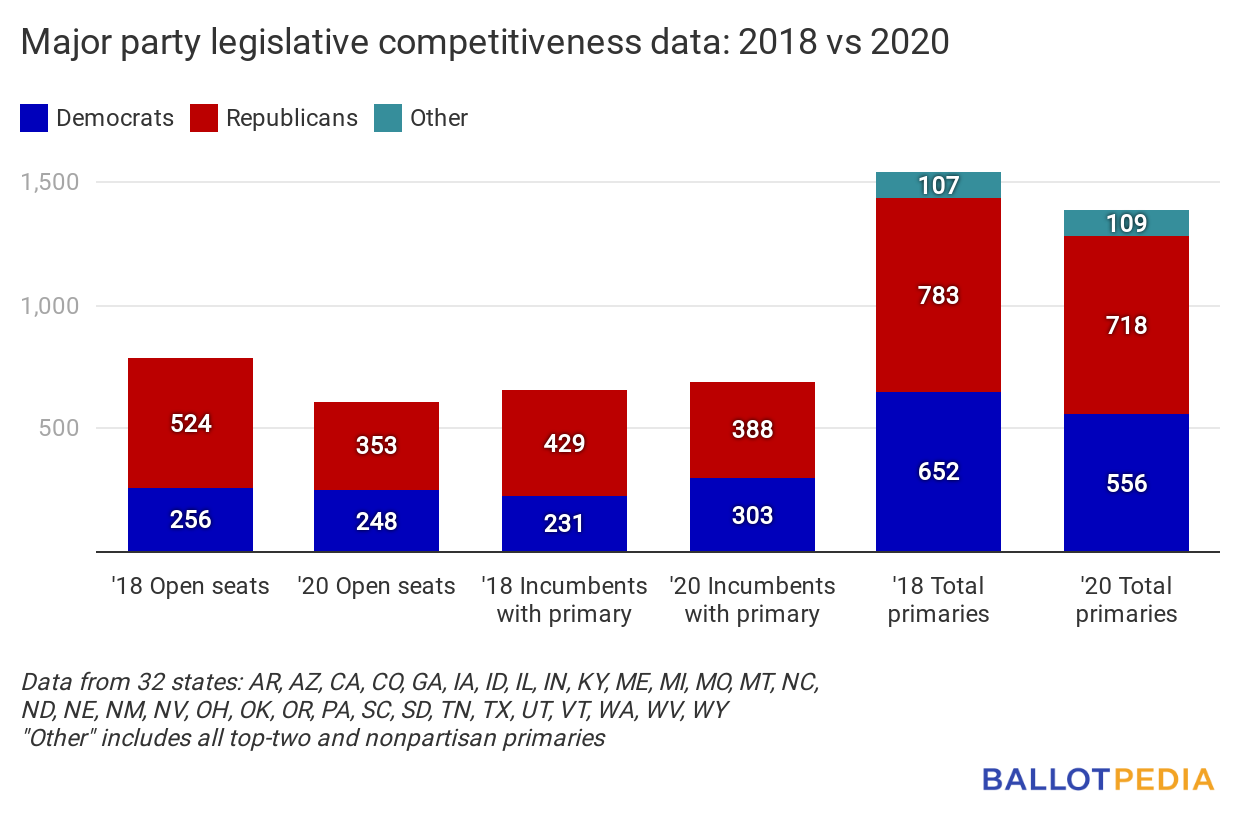 Overall, there are fewer contested state legislative primaries in 2020 than in 2018, with 1,383 and 1,542, respectively. These totals include all competitive top-two and nonpartisan primaries.

On November 3, 2020, 1,164 state senate seats and 4,711 state house seats are up for regular election for a total of 5,875 seats across 86 chambers in 44 states. There is a Republican majority in 52 chambers, a Democratic majority in 33, and a power-sharing agreement in the Alaska House. 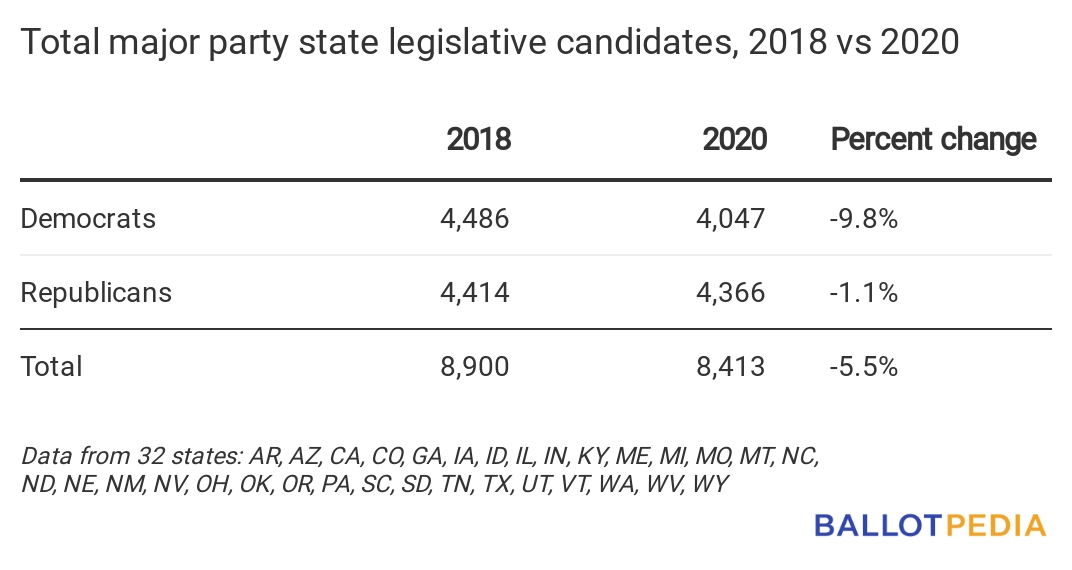