Since March 18, 2020, Coronavirus Daily Update provided a daily summary of major changes due to the coronavirus pandemic in politics, government, and elections. Now, we cover those same stories in a weekly format sent out on Thursday afternoons.

Today, you will find updates on the following topics, with comparisons to our previous edition released on June 11:

The five states with active stay-at-home orders have Democratic governors. They are (with expiration date): 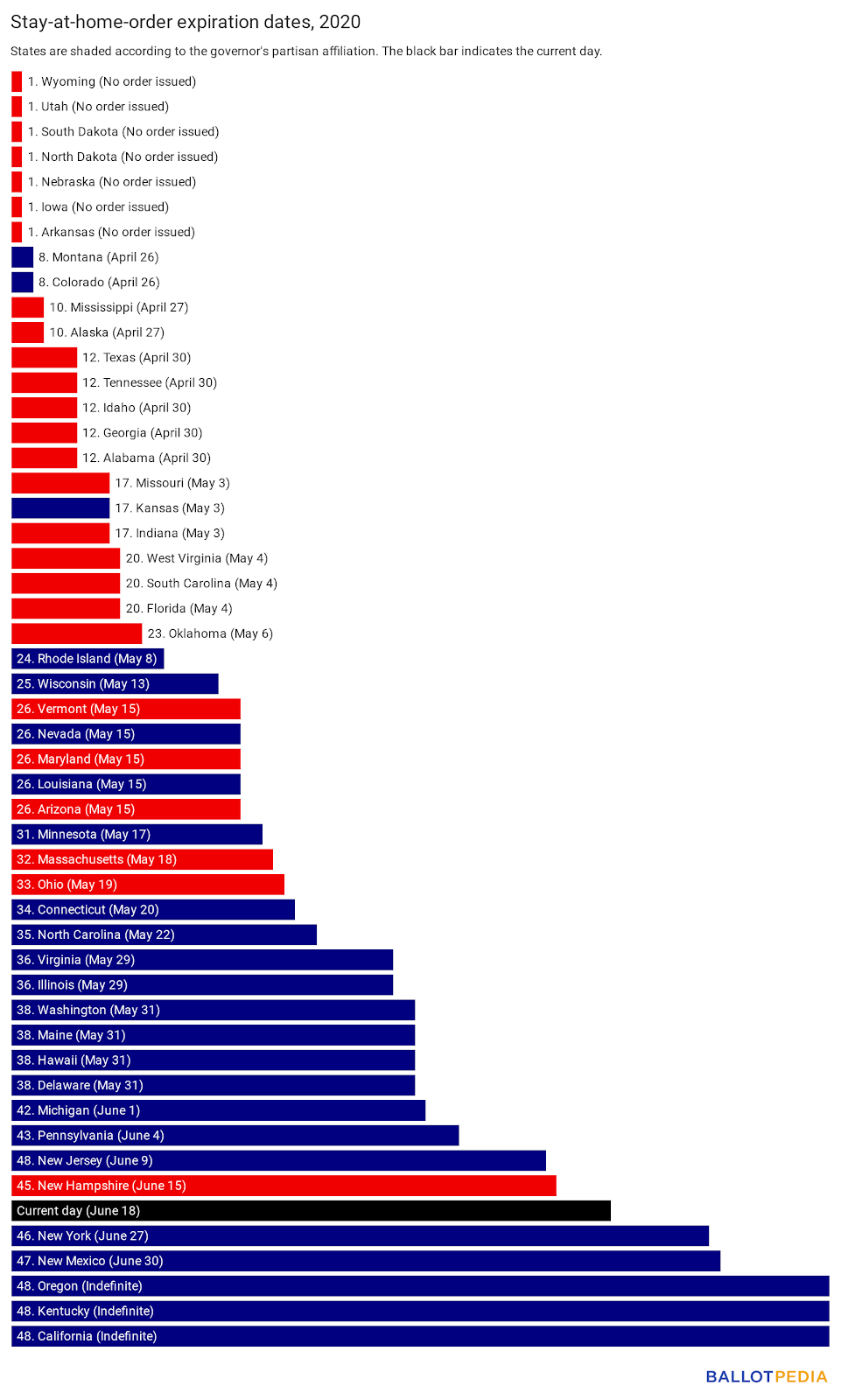 An Oct. 20, 1918, a Seattle Daily Times article reported that candidates needed to find ways to reach individual people because in-person meetings had been banned.

“The campaign that Chairman Sam Walker of the Republican state committee’s planning does not call for any public meetings. With the ban on such gatherings still on, Chairman Walker believes that there is little prospect it will be lifted before election day, November 5, a little more than two weeks distant.  So Walker will work out a new scheme to reach the voters.” 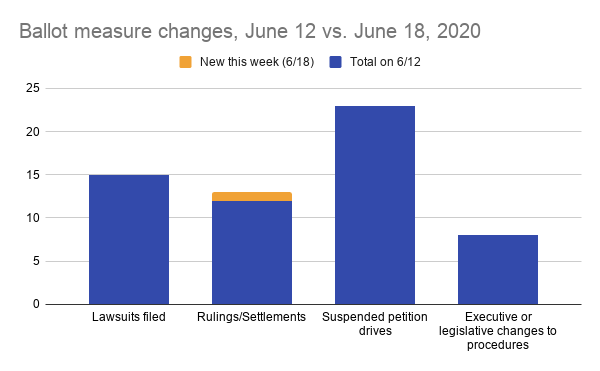 Federal officeholders or candidates who tested positive for coronavirus

Federal officeholders or candidates who tested negative for coronavirus

State officeholders or candidates who tested positive for coronavirus