The Coronavirus Weekly Update summarizes major changes due to the coronavirus pandemic in politics, government, and elections. Today, you will find updates on the following topics, with comparisons to our previous edition released on July 16: 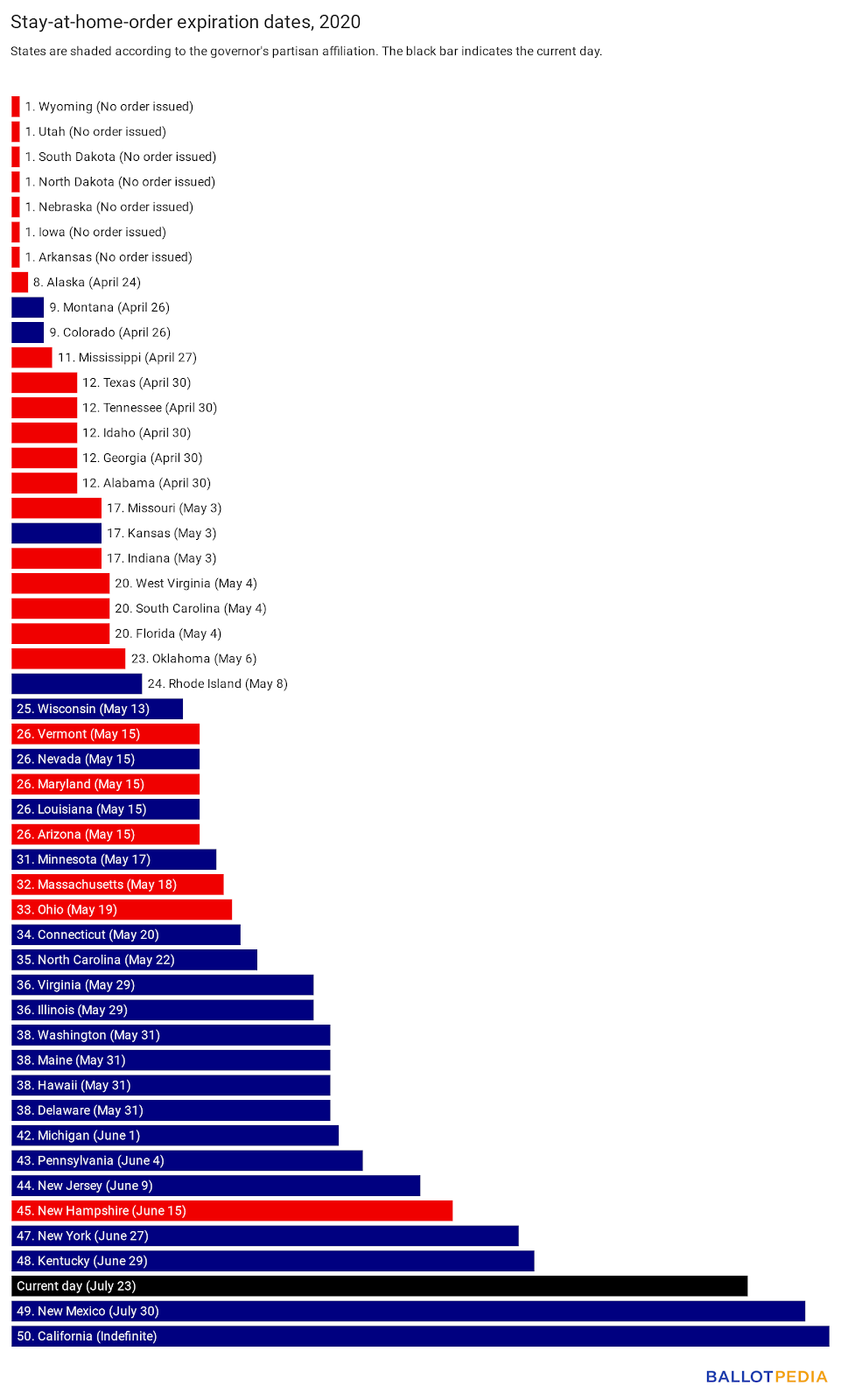 On Oct. 30, The Birmingham News reported that Alabama schools would be reopening soon, after having been closed for a number of weeks in response to the influenza pandemic.

“Practically all schools of the State will reopen Monday after having been closed for several weeks on account of the influenza epidemic, according to State Superintendent of Education Spright Dowell, who passed through Birmingham Wednesday en route to Colbert County.

Mr. Dowel said that the influenza had caused closing of all schools in the State except in four or five counties. However, no time would be lost as the teachers have been doing their State reading circle work. He gave several different ways in which the time would be made up by the pupils. One of the most practical, he suggested, would be to teach one hour later in the afternoons, do some work on Saturday and cut the holiday time down usually taken for Christmas. One county, he said, instead of taking 10 days for Christmas holidays as is the custom, would only take two days this year.”

Since July 16, one city councilmember and three state representatives have tested positive for coronavirus.