The Coronavirus Weekly Update summarizes major changes due to the coronavirus pandemic in politics, government, and elections. Today, you will find updates on the following topics, with comparisons to our previous edition released on July 23: 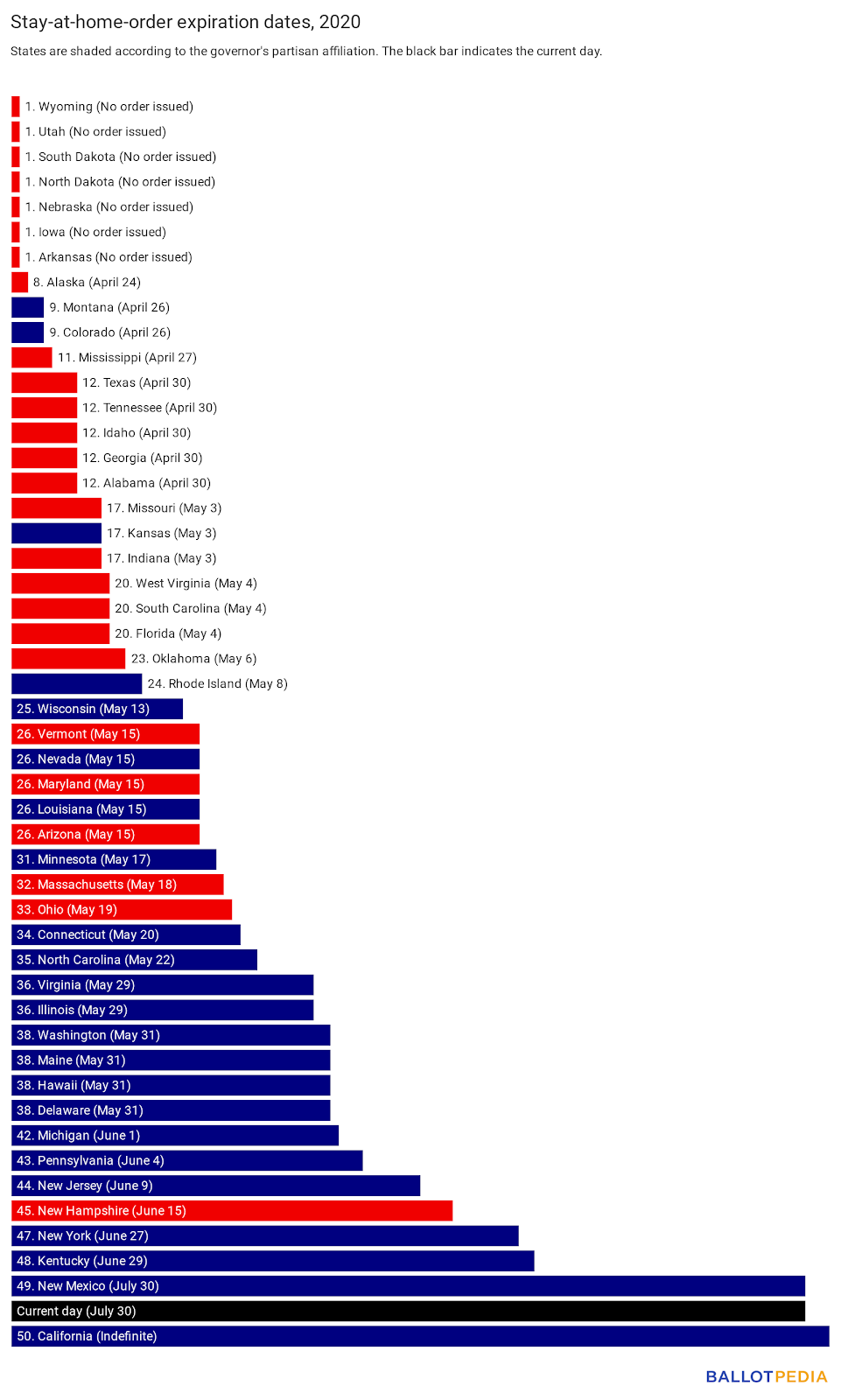 On Nov. 13, The Deseret Evening News reported on an influenza outbreak at Westminster College in Salt Lake City, Utah.

“Twenty cases of Spanish influenza were reported to exist at the Westminster college this morning by Dr. H.W. Reherd, president of that institution. However, the college is under a strict quarantine and the situation is said to be well under control.

According to Dr. Reherd, the disease made its appearance the latter part of last week but absolute obeyance of orders has halted the epidemic and it is now reported on the downward path.

When the influenza attacked the city and state over a month ago, the Westminster college had enrolled about 60 students some of whom came from a distance of hundreds of miles. Therefore, realizing the inadvisability of sending them home, Dr. Reherd communicated with Dr. T.B. Beatty, state health officer.

“We decided,” said Dr. Reherd, “that in view of the isolated location of the college, classes could be continued among the dormitory students without interference from the ‘flu’. The resident students of Salt Lake were sent home and kept in touch with the advance of the dormitory scholars by telephone.”