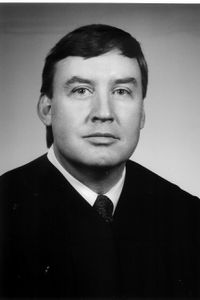 Appellate judge David Bridges (R), who sat in Place 1 on the Texas Fifth District Court of Appeals, was killed on July 25 when an individual driving under the influence of alcohol hit Bridges as he was driving on the freeway. Bridges had served on the court since 1996.

Bridges was running for re-election to his seat on the court and advanced unopposed from the Republican primary on March 3. He was to face Democratic candidate Craig Smith, a judge of the Texas 192nd District Court, in the general election on November 3. Because of the timing of Bridges’ death, Republican Party committee officials from his district will nominate a replacement candidate to appear on the general election ballot. They have until August 24 to submit the nomination.