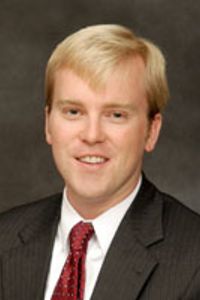 Mason will serve a term ending in March 2024. He succeeds three-term executive director Glenn Normandeau, whose third and final term was extended from March 31, 2020, to August pending his replacement’s confirmation. The New Hampshire Fish and Game Commission voted in September 2019 not to reappoint Normandeau to the role.

As the Fish and Game executive director, Mason is tasked with overseeing the conservation and protection of fish and game and their habitats, as well as keeping the public informed about these resources. Ballotpedia covers 11 other state executive offices in New Hampshire. All of these offices except for the offices of the governor, attorney general, secretary of state, and executive council are non-partisan positions.

John K. Stargel fills the vacancy created by the resignation of former judge Samuel Salario, who resigned from the court on June 4, 2020, to take a job in the investment industry. Prior to joining the appellate court, he was a judge on Florida’s Tenth Judicial Circuit Court.

Suzanne Labrit, who has worked in private law practice for over two decades, fills the vacancy created by the elevation of Judge John Badalamenti to the United States District Court for the Middle District of Florida. Both judges must stand for retention election in 2022 in order to serve full six-year terms on the court.

Over 60 days after Gov. Bill Lee (R) appointed Kristi Davis to the Tennessee Court of Appeals, Davis was confirmed and sworn into office. She resigned from her position on the state’s Sixth Circuit Court on July 31 and assumed office on the appellate court on August 3.

Davis fills the vacancy created by the retirement of Charles Susano, the longest-serving judge in the history of the Tennessee Court of Appeals. Lee appointed Davis on May 28, 2020, but her confirmation hearing was delayed due to the coronavirus pandemic. The Tennessee state legislature suspended its legislative session this spring effective March 19 until June 1. The legislature then adjourned on June 19.

Had the legislature voted to confirm Davis upon returning to session in June, she would have been required to stand for retention election this month. Tennessee appellate judges are mandated to stand for retention election in the next general election occurring at least 30 days after the vacancy occurs, and general judicial elections in the state take place during the non-judicial primary in August.

The Tennessee courts reported that mail-in ballots for the August election had already been distributed and that it would have cost an additional $700,000 to send out ballots including Davis’ name. Tennessee law states that nominees not confirmed by the state legislature within 60 days are automatically confirmed the following day. Tennessee Sen. Mike Bell (R) said of the decision to allow Davis to be automatically confirmed, “After talking about it and realizing that especially in these times of crunched budgets $700,000 is not an insignificant amount of money…What we decided to do would be to allow the nominee to be confirmed basically by default by us not acting.”

Judicial elections for the appellate court in Tennessee are held every two years in even-numbered years. Davis will thus stand for retention election in 2022, and her current term ends on August 31 of that year.

Rep. Chris Taylor (D) resigned from the Wisconsin State Assembly on August 1 to be sworn in as the new Branch 12 judge on the Dane County Circuit Court that same day. Taylor fills the vacancy created by Jill Karofsky’s election to the Wisconsin Supreme Court. Karofsky left the circuit court to be sworn in as a state supreme court justice on August 1.

Taylor fills the third recent vacancy on the 17-branch Dane County Circuit Court, which has jurisdiction over the state capital of Madison. Gov. Tony Evers (D) appointed her to the court in June. He also appointed Mario White and Jacob Frost to the court that month. White filled the Branch 7 vacancy on the circuit court left by the resignation of William Hanrahan, who resigned to become an administrative law judge in March of this year. Frost filled the Branch 9 vacancy created by the retirement of judge Richard Niess. Judicial positions on the court are nonpartisan.

A fourth vacancy occurred on August 4, when Branch 12 judge Peter Anderson resigned. Gov. Evers is seeking applications for that and a fifth anticipated vacancy, which will occur when judge Shelley Gaylord resigns effective August 31.

Taylor, Frost, White, and the two pending appointees will each serve on the court for a term ending July 31, 2021. They must stand for retention elections in the spring of next year in order to serve full six-year terms on the court. 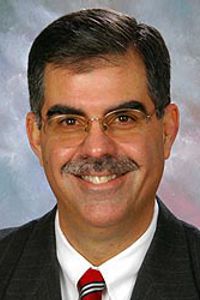 The Santa Fe County Commission appointed Tara Lujan (D) to the New Mexico House of Representatives on July 23. Lujan fills the District 48 seat vacated by Linda Trujillo (D) on July 9, when Trujillo resigned in order to focus on full-time work due to the coronavirus pandemic.

Lujan will serve in the New Mexico legislature until the end of the year. Since Trujillo was running for re-election when she resigned, the Democratic Central Committee in Santa Fe County will also select a replacement candidate for the November 3 ballot. Before she resigned, Trujillo advanced unopposed from the June 2 primary election. No candidates from other parties may be nominated to the November ballot, as no candidates from other parties filed to run in the district before the filing deadline passed.

New Mexico has a Democratic state government trifecta. In the November 2018 elections, the New Mexico House of Representatives’ Democratic majority increased from 38-31 (with one vacancy) to 46-24. All 70 seats in the chamber are up for election this year.