The Coronavirus Weekly Update summarizes major changes due to the coronavirus pandemic in politics, government, and elections. Today, you will find updates on the following topics, with comparisons to our previous edition released on August 6: 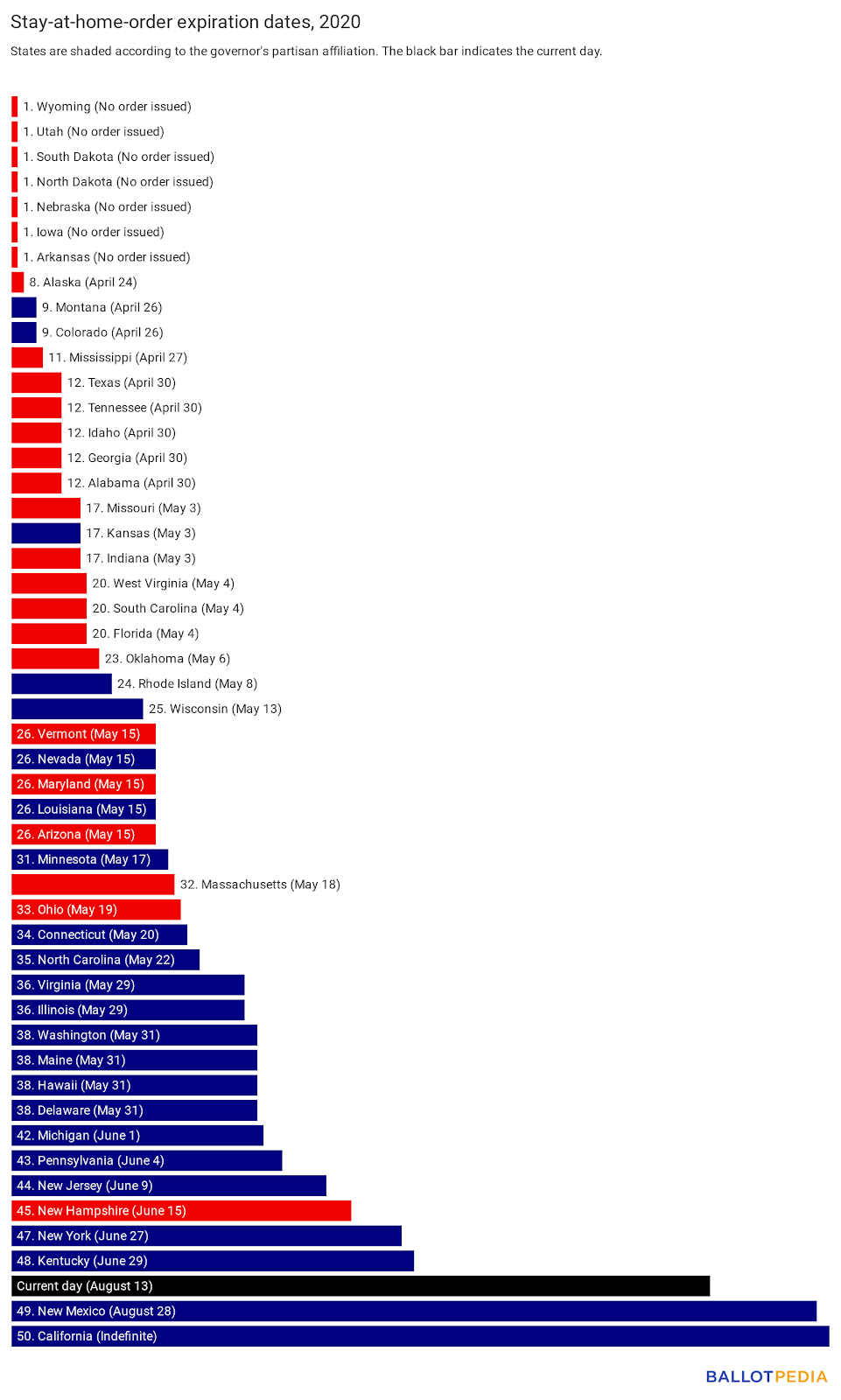 On Oct. 17, The Indianapolis Star reported on how the spread of the flu was affecting fall campaigning and speaking events.

The outlook last night was that the epidemic of influenza will further demoralize the plans of the Republican and Democratic state committees for speaking campaigns. Secretary Hurty of the state board of health stated yesterday afternoon that it is probable the prohibition of all public gatherings may be extended for a week from next Monday, which is the date set by the Republicans and Democrats for opening the campaign. Secretary Hurty will determine Friday what course shall be taken.

Chairman Omar Jackson of the Democratic speakers’ bureau received a telegram yesterday from Vice President T.R. Marshall saying that he will speak in Indiana two days in the last week of the campaign if event speaking is permitted. Mr. Jackson also received word that Martin J. Glynn, former Governor of New York, probably will be assigned to Indiana for two days. Mr. Glynn delivered the keynote speech at the Democratic national convention at St. Louis in 1916. At both headquarters plans are being made for the opening of the brief speaking campaign with the understanding that the epidemic may upset everything.

Since Aug. 6, one state representative, one local official, and one state supreme court justice have tested positive for coronavirus. One federal judge died of coronavirus, and one mayor self-quarantined.