The final primary of the the 2020 election cycle takes place in Delaware on September 15. So far in 2020, 97.3% of state legislators seeking re-election have advanced from their primaries, putting 2020 on track to mirror turnover rates recorded in 2018 and 2016.

Eighty-six of the nation’s state legislative chambers in 44 states are holding regularly-scheduled elections in 2020. In the 33 states where we have final results from state legislative primaries, 3,140 incumbents filed for re-election. Of that number, 84 incumbents lost their primary.

Here’s how that figure compares to the last two even-numbered years:

The 84 incumbents who have lost so far in 2020 include 59 Republicans and 25 Democrats. The states with the most incumbents that were defeated in the primary are Kansas and West Virginia—with 10 each. In both states, all 10 defeated incumbents were Republicans.

Looking at just the 33 states where we have final results from state legislative primaries, here is a breakdown of 2020 as compared with 2016 and 2018: 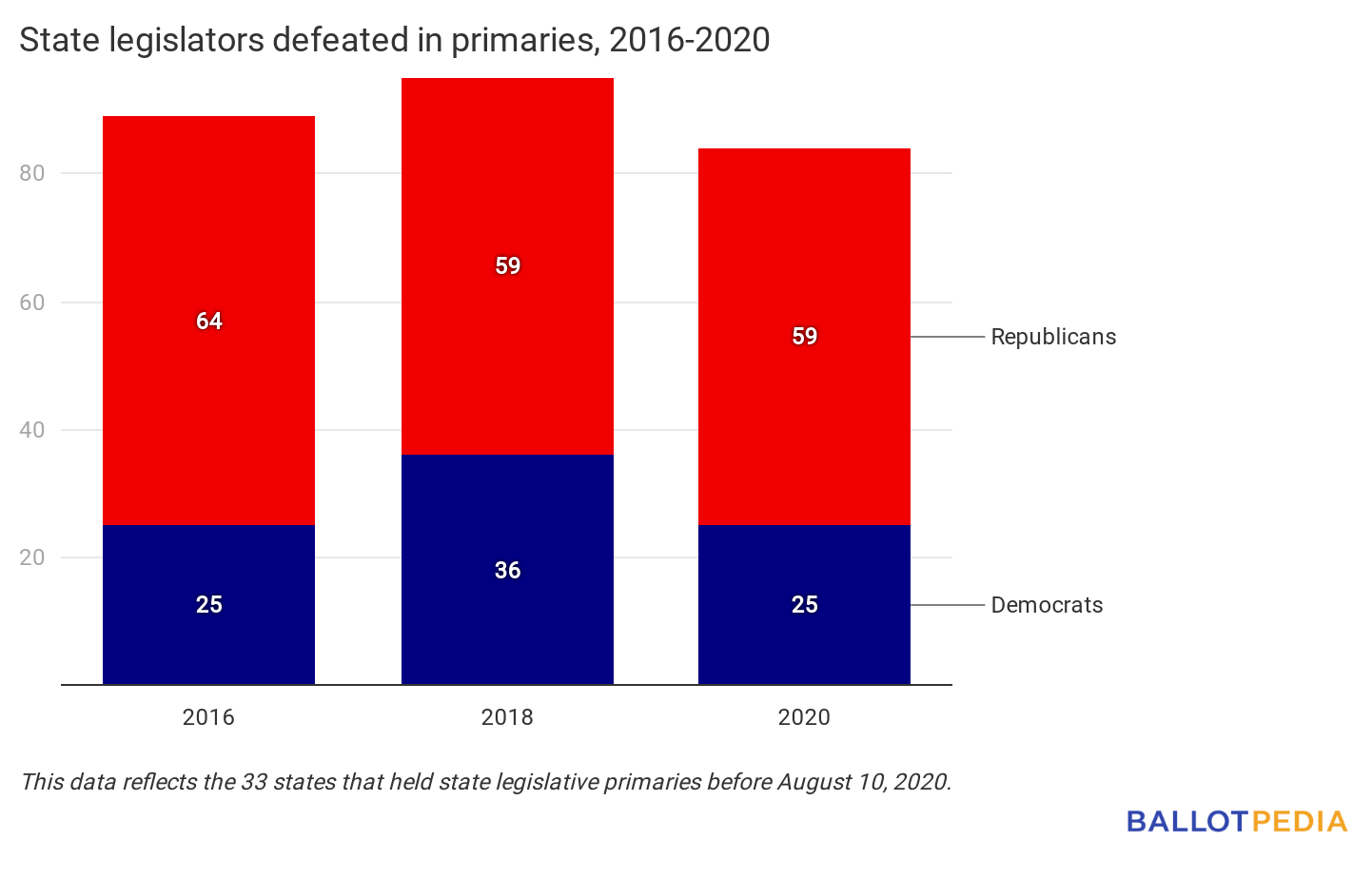