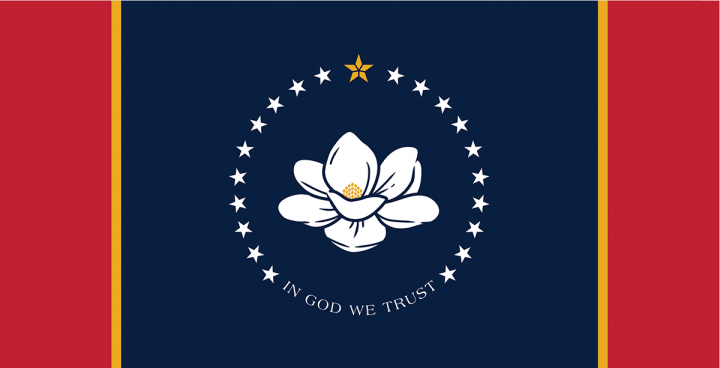 At the election on November 3, 2020, Mississippi voters will be shown a colored picture of the new proposed state flag, named the In God We Trust Flag. Residents may vote either “yes” to adopt the new flag or “no” to oppose adopting the new state flag. If the new proposed flag is rejected by voters, the Commission to Redesign the Mississippi State Flag will reconvene, design another flag, and allow voters to approve or reject it at a special election in November 2021. The commission unanimously selected the final flag on September 2, 2020. 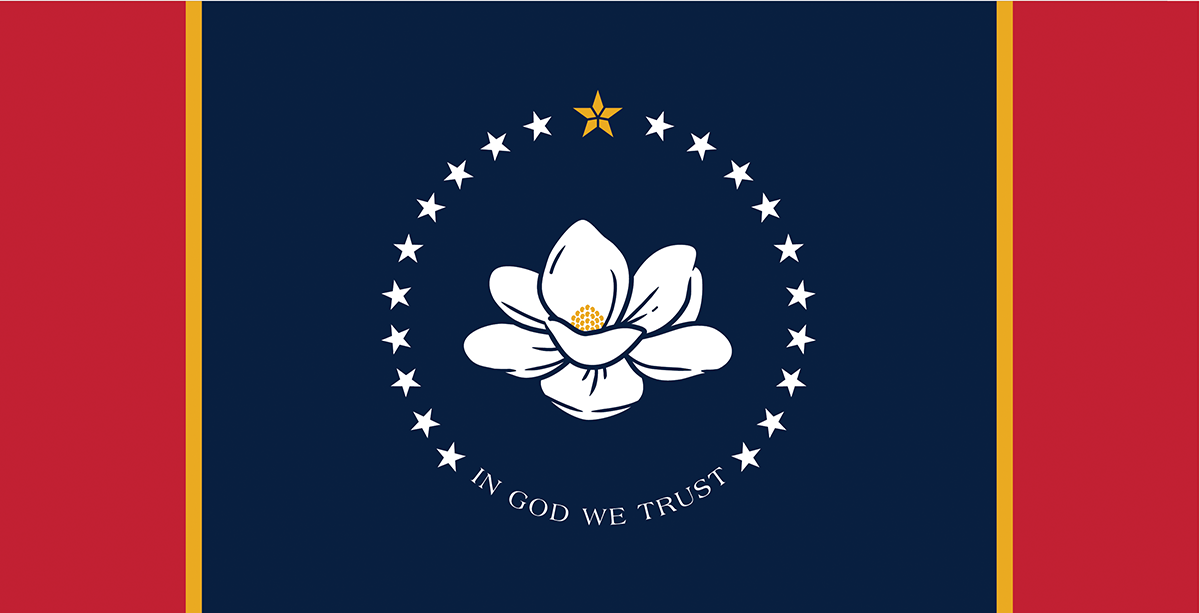 Small changes to the flag were set to be made before it is finalized, such as bolding the words IN GOD WE TRUST.

After the killing of George Floyd on May 25, 2020, the debate about the state flag resurfaced in the state government. Mississippi Governor Tate Reeves (R) tweeted on June 27, 2020, “The argument over the 1894 flag has become as divisive as the flag itself and it’s time to end it.” State Representative Robert Johnson III (D) said, “It is a symbol of terror in the Black community. It is a symbol of oppression in the Black community and it is a symbol of slavery. Everything that has been devastating to African Americans and to especially African Americans in the South, everything that has been a complete and utter disaster for us, that flag represents.” Johnson said the protests after Floyd’s death created a perfect storm that spurred the state legislature to act in removing the state flag.

Mississippi became the only state with a state flag containing the Confederate flag after Georgia had removed it from its state flag in 2001.

The public was able to submit flag designs to the Mississippi Department of Archives and History (MDAH) until August 1, 2020. Flag designs needed to adhere to North American Vexillological Association standards (be simple enough that a child could draw it from memory; use meaningful symbolism; use two or three basic colors; not use lettering or seals; and be distinctive or be related). The commission received around 3,000 flags that met the criteria. The commission narrowed the designs down across four meetings until the final design was selected on September 2, 2020.

The 2001 flag referendum came about after a lawsuit brought by the NAACP in 1993 alleging that the use of the Confederate flag in the state flag violated the plaintiff’s constitutional rights to free speech, due process, and equal protection. The Mississippi Supreme Court ruled in 2000 that the state flag’s inclusion of the Confederate Battle Flag did not violate any constitutionally protected rights. The court had also found that the state flag requirements were not codified in state law and thus Mississippi did not have an official state flag. The 2001 flag referendum was held to formally adopt a state flag and officially codify it in law.

A group called Let Mississippi Vote planned to file an initiative targeting the 2022 ballot that would ask voters to choose between four flag designs:

1. The former state flag that includes Confederate battle emblem, but with the phrase “In God We Trust” added;
2. The flag commission’s final flag, which contains a magnolia flower and the words “In God We Trust”;
3. The bicentennial flag with the state seal; and

4. The former Stennis Flag (also called the Hospitality Flag), which includes the words “In God We Trust.”

As of September 2, 2020, one initiative filing concerning the state flag was active. The measure, sponsored by Matthew Brinson, would ask voters if they want to change the flag from the 1894 flag containing the Confederate battle cross to the Hospitality Flag.

To qualify an initiative for the 2022 ballot, 106,190 valid signatures are required. Signatures for the initiative can be collected for a period of one year after petitions are approved.