Ballotpedia’s annual state legislative competitiveness report shows that, this year, 79.6% of incumbents advanced to the general election without a primary challenge. This is a higher rate than in 2018 and 2016, which saw no contested primaries for 78.1% and 79.4% of incumbents, respectively.

A closer look at the nationwide partisan breakdown shows that, since 2016, the number of Republican incumbents facing primary challenges has gradually decreased while the number of Democratic incumbents in contested primaries has increased. 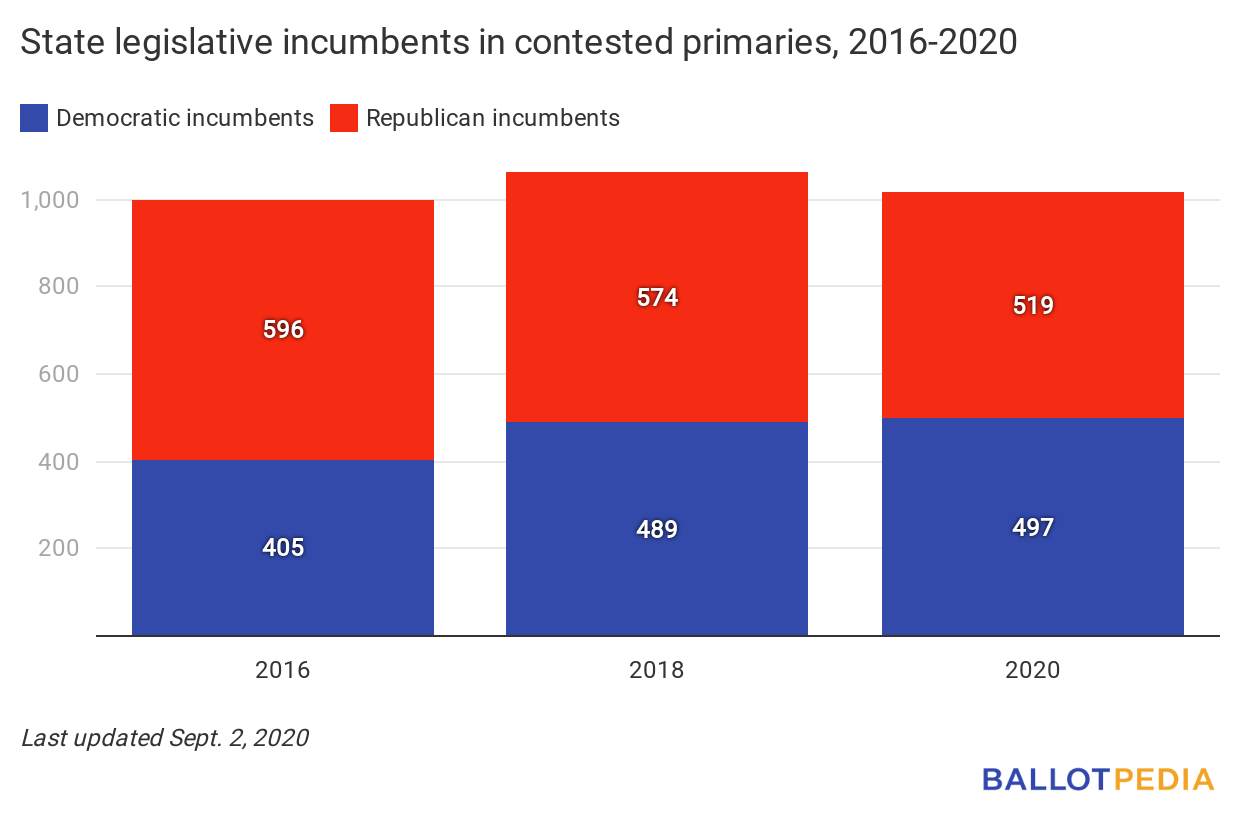 Primary challenges also contribute to the overall turnover in state legislatures. If an incumbent is defeated in a primary, the seat is effectively guaranteed to a newcomer. As of Sept. 3, 2020, 127 incumbents—43 Democrats and 84 Republicans—have been defeated in contested primates. This means that 89.6% of all Democratic candidates and 81.6% of all Republican incumbents who have run in a primary won.

The pie charts below break down the number of incumbents in contested primaries by those incumbents who won their primaries versus those who lost. The chart for 2020 does not include data from those states that have not yet held primaries: New Hampshire, Delaware, and Rhode Island. Pending those results, 15.1% of incumbents who have faced primary challengers in 2020 have lost. This is higher than the incumbent loss rates of 13.8% and 12.2% in 2018 and 2016, respectively. 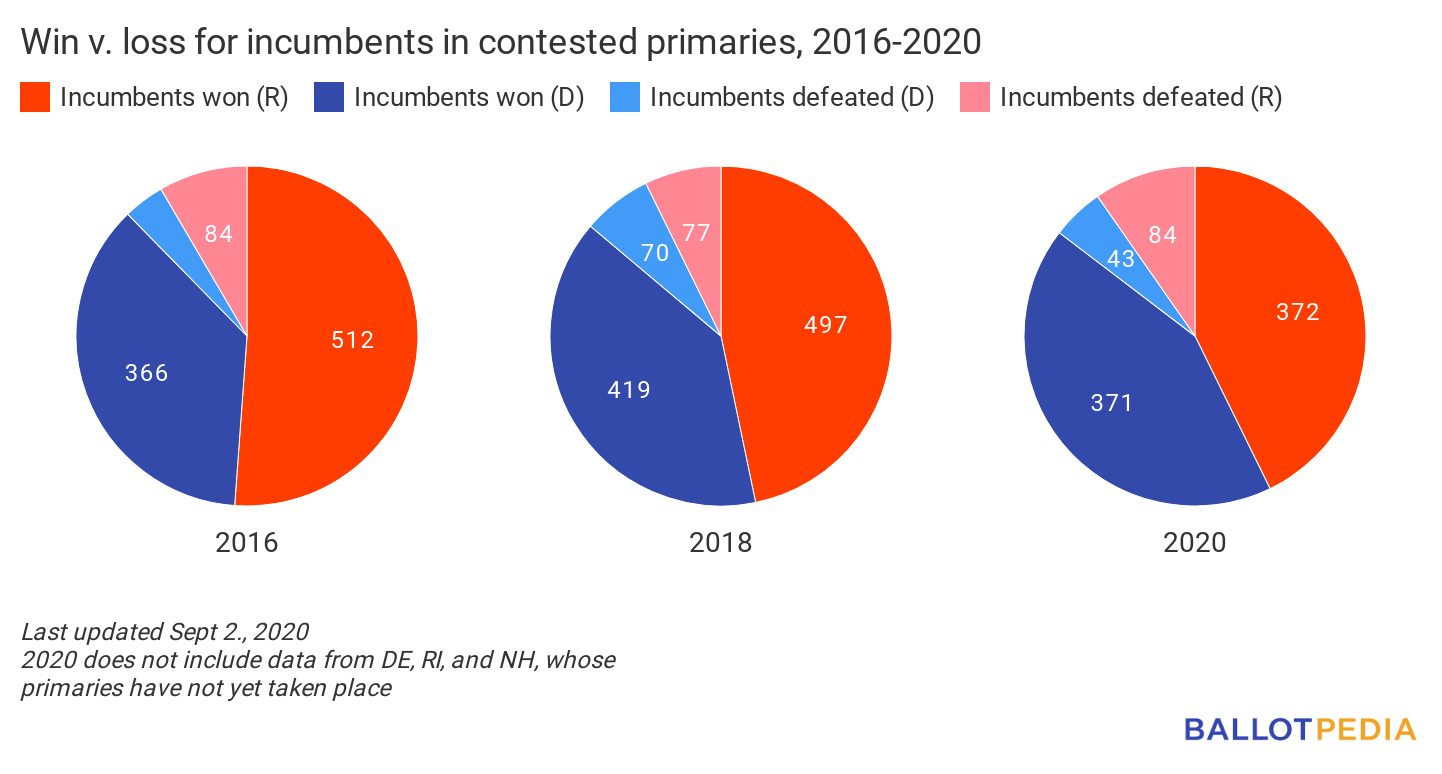