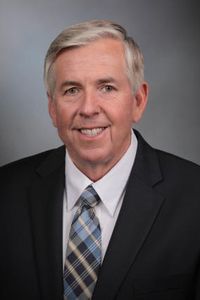 Parson, formerly lieutenant governor, became governor when Eric Greitens (R) resigned in 2018. Heading into the 2020 election, Galloway, the state auditor, was the only Democrat to hold statewide elected office.

Missouri has been a Republican trifecta since 2017, meaning Republicans hold the governor’s office and both chambers of the state legislature.

The outcomes of the 2020 election cycle in Missouri stand to influence the state’s redistricting process following the 2020 census. Congressional district lines are drawn by the state legislature and subject to veto by the governor.