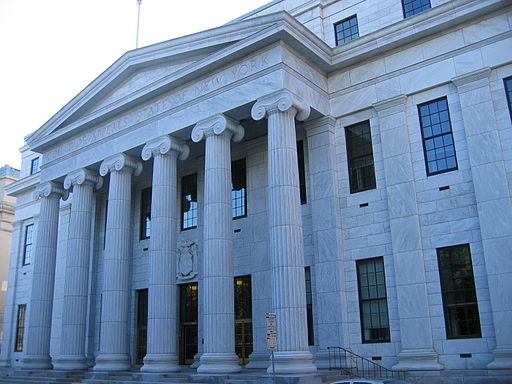 On November 3, 2020, State of New York Court of Appeals Justice Leslie Stein announced her retirement from the court, scheduled for June 4, 2021. At the time of the announcement, no reason for Stein’s retirement was given.

Justice Stein joined the State of New York Court of Appeals in 2015. She was appointed to the court by Gov. Andrew Cuomo (D).

Before serving on the state supreme court, Stein was a judge with the New York Supreme Court, Appellate Division (Third Department) from 2008 to 2015. From 2001 to 2008, she served as a judge with the New York Supreme Court 3rd Judicial District. During that time, she served as an administrative judge of the Rensselaer County Integrated Domestic Violence Part from 2006 to 2008 and as the chair of the 3rd Judicial District Gender Fairness Committee from 2001 to 2005. Stein served as a city court judge with the Albany City Court from 1997 to 2001. She also served as an acting family court judge in 2001. From 1983 to 1997, Stein worked as a private practice lawyer. In 1981, Stein worked as a confidential law clerk for the Schenectady County Family Court.

Stein earned an undergraduate degree from Macalester College in 1978. She earned a J.D. from the Albany Law School in 1981.

As of November 9, 2020, there are three supreme court vacancies scheduled to occur in 2021 in three of the 29 states where replacement justices are appointed instead of elected. The vacancies were caused by retirements.